Suspect Video is closing down 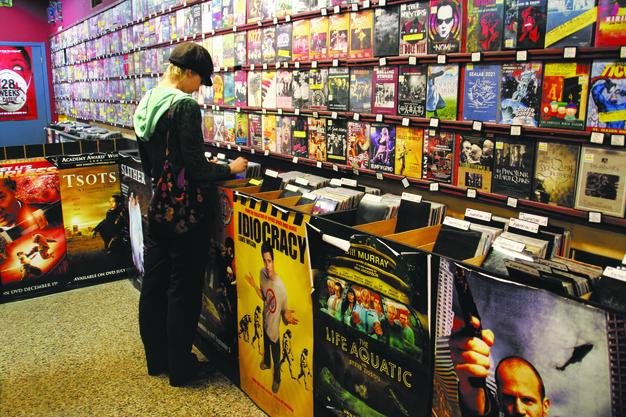 Toronto, we can’t have nice things.

Late last month, the venerable Markham Village video emporium Suspect Video & Culture announced it would be liquidating its inventory in advance of closing down at the end of the year. The sale started last week, and continues through December: right now all rental items are selling for $30, with all retail items discounted by 10% on Thursday (September 8), rental items drop to $25 and the retail discount is 20%, with further drops every two weeks until (ideally) there’s nothing left to sell.

Friends of the shop had known a change was coming – the entirety of that block is slated for redevelopment – but the expectation had always been that Suspect would relocate elsewhere in the city. Instead, the shop will move exclusively online, and it’s anyone’s guess what that business will look like.

Those of us old enough to remember a world before the Internet – when Suspect was literally the only place in town for transcoded VHS tapes of European horror and fantasy movies or UK television shows that hadn’t made it to North America, cult music documentaries from indie labels or curiosities like Todd Graham’s adorable/abominable cartoon mash-up Apocalypse Pooh – will understand how much of a loss this represents. And yes, I know you can find Apocalypse Pooh on YouTube now. YouTube didn’t exist 25 years ago.

Twenty-five years ago, Suspect was the underground version of Blockbuster, a curated experience of the weird, essential and cool. They carried some mainstream stuff but that wasn’t their focus they were the place you went to check out the shelves and find things you didn’t even know existed. (When the DVD shift happened, those shelves got even more interesting Queen Video did some worthy importing, but Suspect seemed to have absolutely everything.)

As someone who’s been a Suspect member since it opened back in 1990, I will miss the weird, slightly musty vibe. I will miss the action figures that dotted the walls, and the magazine rack that offered a glimpse into the obsessions of other people in other countries. And I will miss flipping through the racks to find that one movie I thought I’d missed out on forever when I couldn’t get into the Midnight Madness screening.

The news of Suspect’s disappearance from the brick-and-mortar hits even harder, coming just months after Queen Video shuttered its flagship store on Queen West. Just a handful of shops are left in town now: Bay Street Video, the Annex location of Queen Video, Eyesore Cinema on Bloor West. (If I’ve missed one, I’m sure you’ll let me know in the comments.) And yes, Netflix and iTunes and other streaming services have effectively replaced the physical rental shop, with online retailers like Amazon serving the physical-media side. This isn’t the end of the world.

But something is lost when a store as unique and special as Suspect closes its doors. Before the Internet, Suspect was the world wide web: a place where people could find the stuff they were looking for, discover new stuff and connect with people who liked the same stuff. It was weird and imperfect and special, and now it’s going away.

If you’re at Fan Expo this weekend, stop by the Suspect table and tell them you love them. They’ll appreciate it. And then stop by Markham Village to see what’s on sale. Dibs on the Heisai Godzilla figures.