Suuns in a Tiny Record Shop 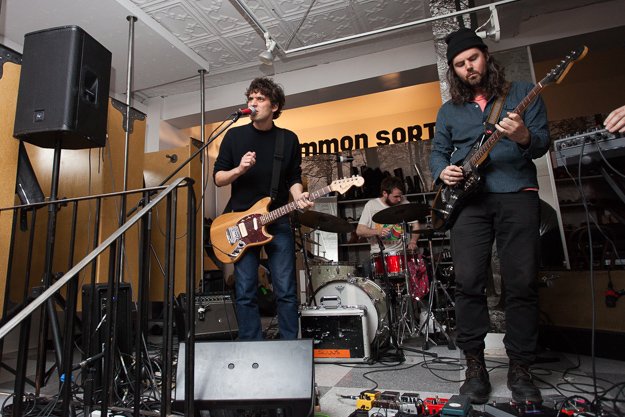 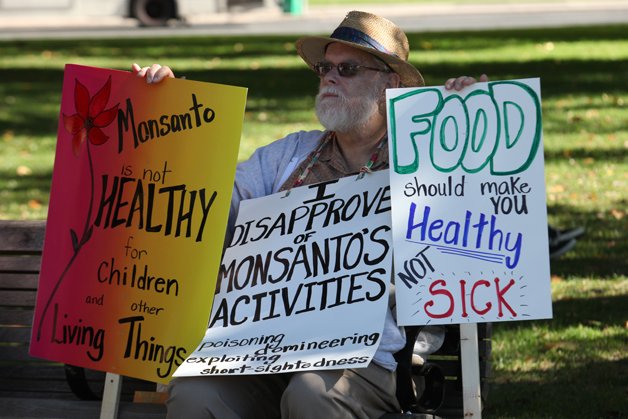 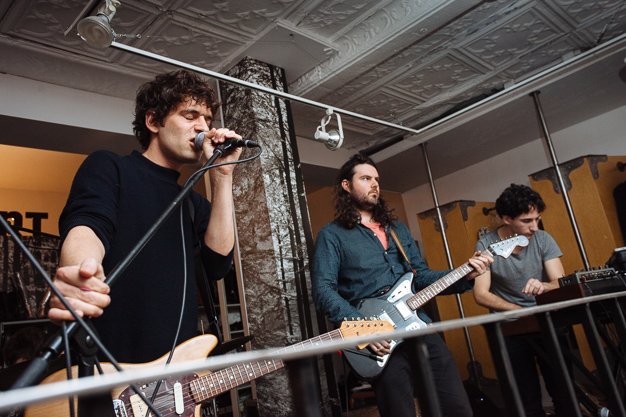 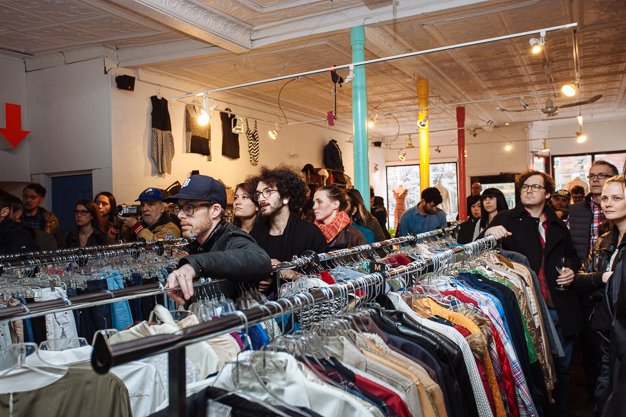 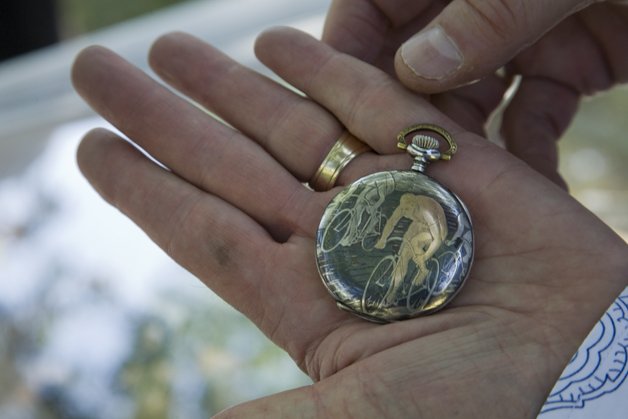 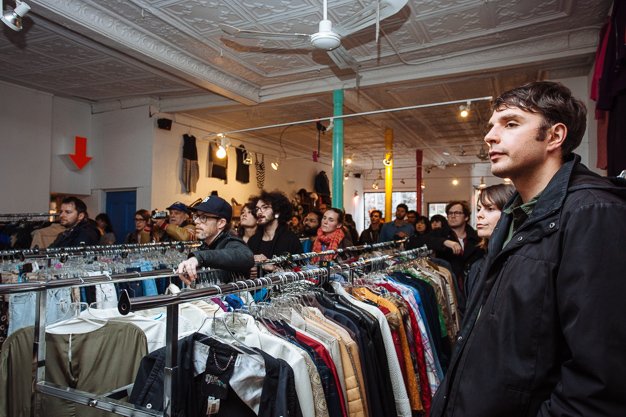 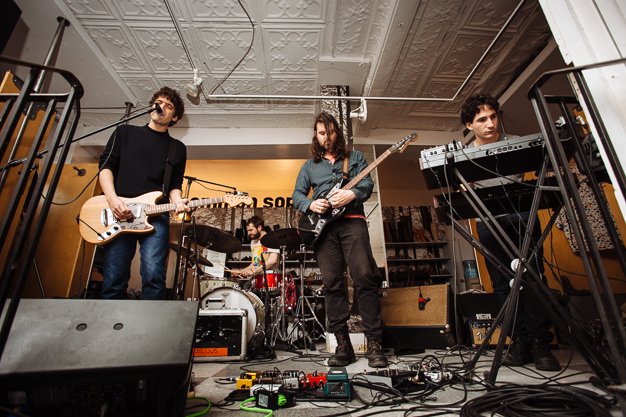 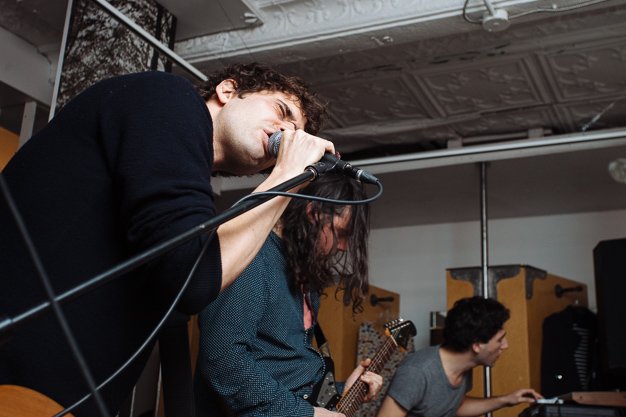 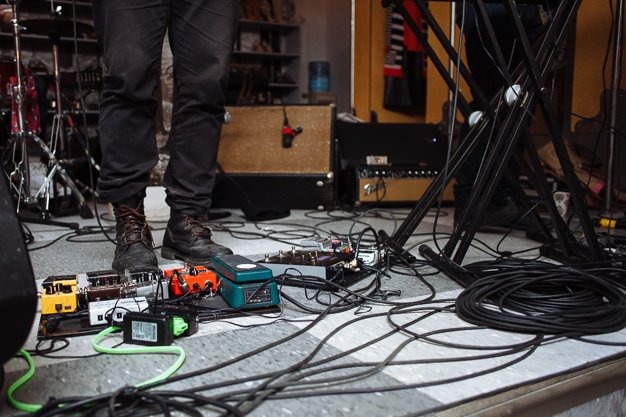 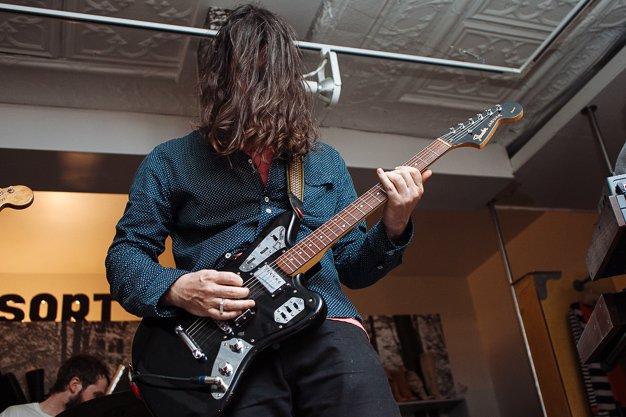 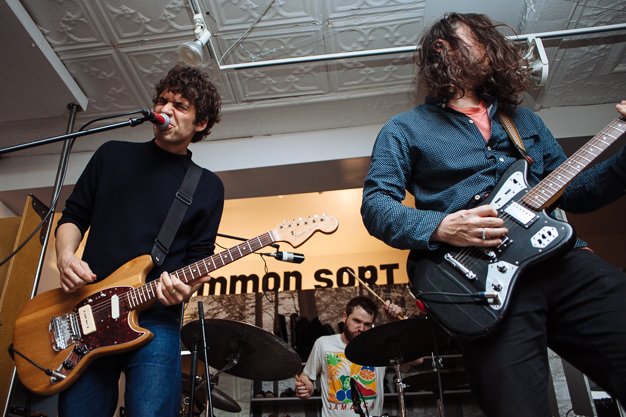 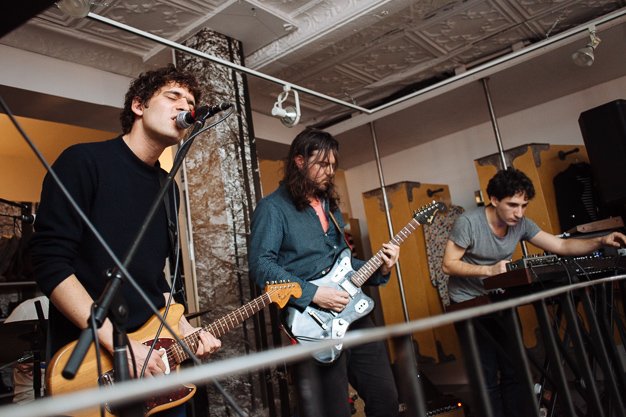 The idea of seeing Suuns at the Tiny Record Shop held lots of appeal.

For one, the likelihood of hearing new material was high, seeing as the Montreal band’s third album, Hold/Still, is out on April 15. Plus, the shop – shared with thrift store Common Sort –makes for a unique venue, has a built-in stage and sounds great – racks of clothes are amazing sound absorbers, and you might even score a cute dress while waiting for the band to set up their pedals. (Also: wine and cheese.)

The four-piece did, indeed, focus on new material, and it’s almost astonishing how much their sound has evolved since 2011’s Zeroes QC & 2013’s Images Du Futur. No longer sounding like a Clinic side project, they’ve plunged head first into something much more unusual. Unique sounds are top of mind: guitar lines that shiver and rattle from way up high on the fretboard synth genius Max Henry’s ominous, oozing low lines and waves of noisy dissonance propulsive grooves built from electronic and real drums vocals that flip between pained, expressive melodies, sterner commands and hypnotic, almost sultry, wordlessness.

But the songs are there, too – intuitive excursions through an exquisitely textured electronic/analogue forest. On standout Resistance, singer/guitarist Ben Shemie repeated “Resist, resist, resist” before his voice grew pretty and soft at the next turn, all set to groove-able beats. Translate had a dissonant, busy guitar riff that added anxious tension to the backbone of deep, unnerving bass rumble. Brainwash was the strangest, with everything but vocals dropping out unexpectedly at several points, only to fill up again with ugly distorted bass lines offset by pretty major chords and singing.

It’s fearless stuff that balances hard and soft, noise and beauty, emptiness and density. And though the final two songs weren’t quite as mesmerizing, causing the 30 minutes of music to peter out, that was also a testament to the brilliance and surprise of the set’s earlier material.