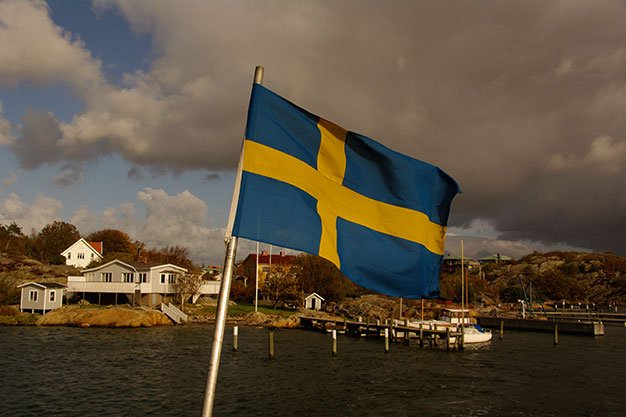 Just days before the federal government’s anti-prostitution Bill C-36 passed third reading, Manitoba’s Attorney General Andrew Swan stated before the Senate Standing Committee on Legal and Constitutional Affairs that the bill “is going to change the way that Canadians look at the issue [of prostitution].”

The Manitoba AG described the bill as “an opportunity to find a better way to reduce harm and to protect and assist the victims of sexual exploitation.” Swan said that the strategy to attack the demand side of prostitution by penalizing johns, making it a criminal offence to purchase sex and penalizing those who exploit victims for profit – what Sweden has done – “is the right way.”

If we examine the reports from organizations who work with Swedish sex workers, a different image of the Swedish regime appears.

Fifteen years before Bill C-36 was even imagined, the Swedish government enacted the Violence Against Women Act, which is sometimes referred to as the Nordic or the Swedish model, whose stated objective was abolishing prostitution.

Packaging complex criminal law reform into a few sound bites is convenient from a public relations perspective. Throughout the majority of 2014, Canadians may have recalled discussions about prostitution focusing on decriminalization after the Supreme Court of Canada declared certain of provisions unconstitutional. Politicians tried to suggest that the complete decriminalization of prostitution in Canada would ultimately lead to an increase in human trafficking.

Yet, Canada’s laws were never completely decriminalized by the court decision. Only three sections of three laws in Canada’s prostitution provisions were struck down by the court. The criminal provisions to help fight trafficking or the exploitation of people in prostitution remained.

Following the Supreme Court decision, the Canadian government’s response, the Protection of Communities and Exploited Persons Act (PCEPA) was sold as  “abolishing prostitution” or ending demand, similar to the objective of the Nordic or Swedish regime.

The policies that come out of this type of abolitionism can be more correctly referred to as protectionist or rescue policies. Such laws sound like they have good intentions in principle in reality, they create more violence in the lives of those they are meant to protect.

Positioning these laws as helpful in the fight against human trafficking does very little to address the realities of exploitation and vulnerability of sex workers.

Pye Jakobsson of Rose Alliance, a sex work organization based in Sweden, calls attention to the fact that there is no “uniform adoption of the Swedish model in other countries” except in Norway. But even the Norwegian Ministry of Justice and police report a tougher market with more violence since the establishment of the Nordic model.

The Norwegian government also expressed concerns that sex workers are less likely to report violence to the police, similar to what sex work activists and allies have been saying in opposition to the new law in Canada.

The former Special Advisor to the Swedish government on the Swedish regime, Gunilla Ekberg, was invited to testify at the justice committee in hearings in Ottawa last July and then again in October. Ekberg described the Swedish regime as centered on gender equality and human rights. She described how the model was making Sweden unattractive for traffickers and people who benefit from prostitution.

However, the Swedish government and the Swedish health board respectively say that prostitution “is difficult to monitor since [it] is practiced discretely.” And that “there are no exact numbers” on prostitution activity.

One might assume the intimate nature makes prostitution difficult to monitor. However, it is also useful to consider the criminalization of prostitution contributing to the difficulty monitoring the trade since many sex workers will work to avoid the police and arrest.

The underground or discrete nature of prostitution is something that Ekberg denied at the committee hearings. European-style abolitionists also engage in denying that criminalization of sex work is what drives the trade underground.

Yet, at the international level, several organizations have said just that in condemning the criminalization of both sex workers and their clients. The groups include the World Health Organization, the Global Commission on HIV and the Law, the United Nations Special Rapporteur on the Right of Everyone to the Enjoyment of the Highest Attainable Standard of Physical and Mental Health and, in a 2012 joint report, the United Nations Development Programme (UNDP), the United Nations Population Fund (UNFPA) and the Joint United Nations Programme on HIV/AIDS (UNAIDS).

While Swan talked about protecting victims of prostitution and exploited and vulnerable persons, he also mentioned the diversion camps set up by the federal government where prostitutes are sent for rest and relaxation. Kind of like a spa but without the $500 bill.

Swan went on to say that these camps are available to women if they are victims. If all prostitution is defined as trafficking and all women in prostitution are considered victims, then it looks like we will be sending a lot of women to camp next summer. But that’s only if the women fit the stereotype of the innocent girl forced into prostitution otherwise, it’s a different kind of camp… jail.