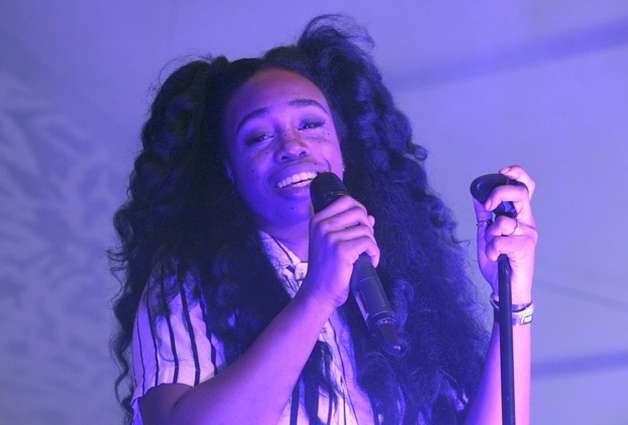 After her hour-long set at Tattoo last night, recent Top Dawg Entertainment signee (and the label’s only non-rapper) SZA unexpectedly returned to the stage. Genuinely touched, she wanted to reiterate how special it was to sing for people who knew the words to her songs.

It was very reminiscent of just a few weeks ago, when, impressed by their memorization of his Cilvia Demo mixtape, TDE’s newest rapper, Isaiah Rashad, had very similar things to say about the crowd – at the same venue no less.

So, Toronto loves TDE. And Tattoo’s gamble to swap over from rock bar to hip-hop space is proving a good one, as they continue booking the coolest acts just before they get too big for the venue.

The intimate spot was the perfect place to catch the singer, especially after seeing her in cavernous SXSW venues like the Fader Fort. Her hazy, trippy, groovy R&B is very personal, and as such, much more appropriate to experience up close.

“My name is SZA,” the Maplewood, New Jersey-bred singer said. “I came to do some songs. I wore my pyjamas, but that’s OK.” (She wasn’t exactly wearing PJs – a super oversized men’s T-shirt, maybe.)

The Manifesto-curated night’s headliner (KJ, Shi Wisdom and others also performed), SZA opened with a cover of Fleetwood Mac’s Dreams and proceeded to own the stage with quirky confidence – unafraid to politely request adjustments on her mic levels and to somewhat shyly swig Jack Daniels (“I feel like a rapper”).

The chilled-out vibes from her EPs carried over to the live arena, and most were happy to casually take in the velvet-voiced artist. But there were big cheers when she performed her brand-new Chance The Rapper collaboration, Child’s Play. She was holding back tears during and after breakup tune Aftermath – easily the best song of the night. “It was hard not to cry. I’ve never had people singing along like that,” she said.

SZA might be refreshingly quirky/goofy/innocent, but you can’t not take her seriously.