Plus: the El Mo's back 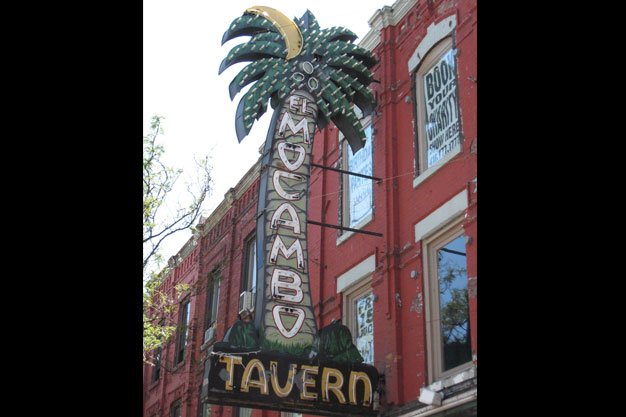 Sam Roberts at the LCBO

Craft beer is all the rage, and the Sam Roberts Band is grabbing a piece of the action. As of this week, you can buy Sam Roberts Band Session Ale at the LCBO. Of course there’s a tie-in: the Montreal rockers’ Lo-Fantasy tour also kicks off this week. For Roberts, developing the beer was akin to songwriting. When he had his first sip of SRB Session Ale, he says it was like “hearing your song on the radio for the first time.” Question is, how does it stack up against Hanson’s Indian pale ale, MmmHop?

Dress up with D-sisive

Local emcees Derek Christoff, aka D-sisive, and Chokeules want to dress you up. The two have collaborated on a series of cartoon-doodle-style black-and-white T-shirts available at thedesolatecollective.bandcamp.com/merch for $20 each or $70 for the set. Bonus: a handwritten poem and unreleased track from Christoff are included with your purchase. Worth the $20 alone, IMO.

And the El Mo Returns