Where does anti-black racism come from? Can we trace discrimination today, such as disproportionate police carding, to when this bias. 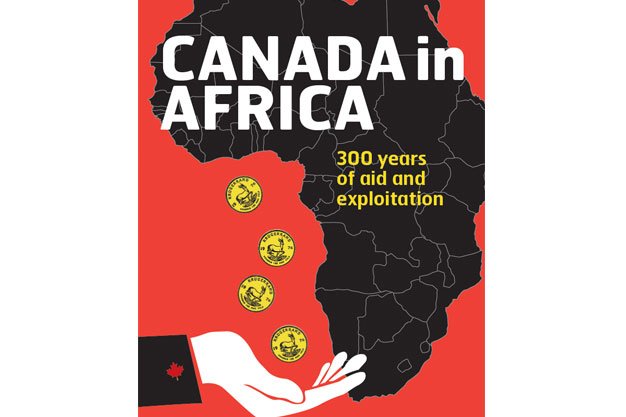 Where does anti-black racism come from? Can we trace discrimination today, such as disproportionate police carding, to when this bias developed?

While the most obvious source of this racism is the legacy of justifications for enslaving Africans, Toronto has made a distinct contribution as well. For example, dozens of Torontonians participated in British expeditions to subjugate various parts of Africa. These conquests were generally cloaked in the rhetoric of “superior and inferior races.”

In 1885, nearly 400 Canadians under the command of future Toronto West MP Lieutenant Colonel Frederick Denison travelled halfway across the world to beat back anti-colonial resistance in the Sudan. Arguing in favour of the British-led expedition, the Toronto Daily Mail described “the feeling that exists throughout the civilized world that the Dark Continent is to be the next great theatre upon which the dominant races of man are destined to play a conspicuous and important part.”

The strength of racist, social Darwinist ideas grew as the “scramble for Africa” peaked. In 1899, a Toronto Mail and Empire editorial explained that “partly by the process of natural selection of the fittest, there had devolved upon Britain the task of controlling and administering vast territories.”

At the same time, dozens of Toronto missionaries helped the colonial powers penetrate African society. In 1893, Torontonians founded what later became the largest interdenominational Protestant mission on the continent. Head of the Sudan Interior Mission for four decades, Rowland Victor Bingham described “facing millions of people in the darkness of their heathenism” and “seeing the people in all their savagery and sin.”

In 1905, the Ontario Conference of the Mennonite Brethren in Christ sent Toronto’s Alexander Woods Banfield to proselytize among the Nupe of northwestern Nigeria. Banfield asserted that “people along the banks of the Niger are almost wild… almost entirely untouched by the white man.”

Lecturing widely, Toronto missionaries also published many tracts full of racist rhetoric. The most prolific of these authors, Douglas C. Percy, argued in a 1948 book: “The people of Africa have associations with demonic powers. Behind the face of Africa looms a dark, evil intelligence, the shadow of Satan, the great enemy of God and man.”

For nearly four decades beginning in the early 1920s, University of Toronto graduates were recruited into the British Colonial Service. In 1923 a top Colonial Office official described the initiative as “taking Canada into partnership in the white man’s burden.”

European colonial rule was largely supported in Canada. A January 1959 Toronto Star editorial responding to independence protests in the Congo claimed, “Forces are loose in Africa that even the enlightened Belgians could not control,” adding that the Congo “was to be an example to all other colonial powers on how to civilize a backward, savage people.” Now, of course, it is widely recognized that Belgian rule was brutal.

During the UN mission dispatched to the newly independent Congo the next year, both the Toronto Star and Globe and Mail published an Associated Press article claiming that “human flesh is again being eaten in secret tribal rituals – not as a delicacy or for nourishment but for the magic properties of a dead enemy’s limbs and organs.” Besides citing “witch doctors,” no evidence was presented in press accounts that an Irish UN soldier who went missing was eaten.

But all that was long ago, you might say. What, then, to make of a 2011 Toronto Sun article that described Afrofest as celebrating “the sounds of the Dark Continent”?