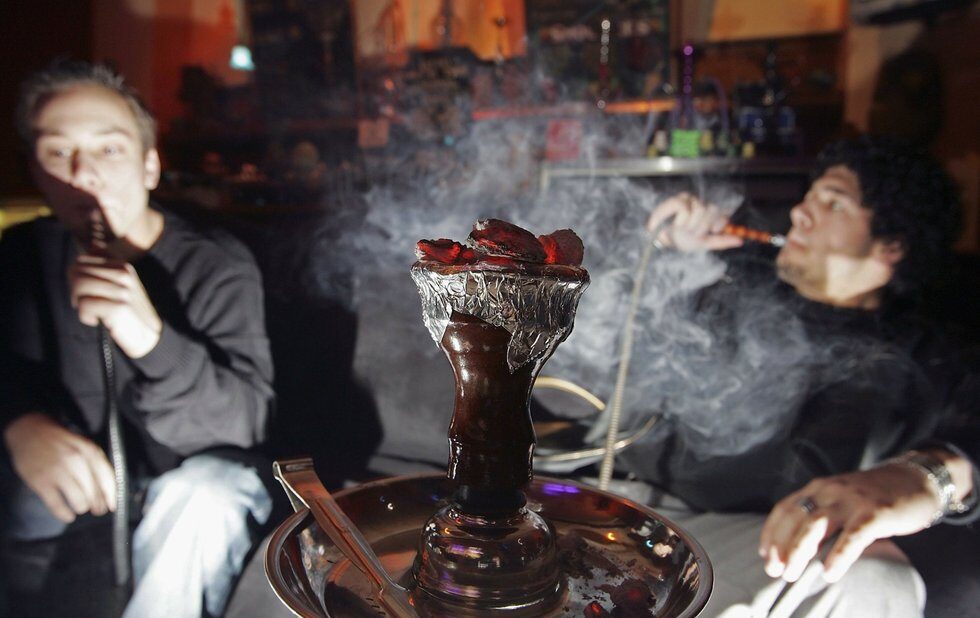 Hookah lounges have grown in popularity in Toronto since Ontario past a ban on smoking in public places.

Downtown hookah lounge owner Samira Mohyeddin smells a tax and not the sweet fragrance of shisha in the air.

The owner of the popular Banu Iranian Kabob and Vodka Bar on Queen West says she already pays three different fees for city permits or licenses to operate her business, and is now fretting City Council may impose a levy on smoking the molasses-based tobacco in her lounge or shut her down.

Mohyeddin will be monitoring a Board of Health meeting on March 24 when the controversial hookah lounge issue comes up for another round of discussion.

The Board is being asked by the City’s Medical Officer of Health David McKeown to impose controls, including a ban on non-tobacco shisha smoked in the waterpipes, or hookahs, citing a range of potential health concerns.

A ban can lead to the end of the hookah clubs, Mohyeddin fears.

“I think this is another tax grab in the making,” she says. “They want to tax us [but] this is a Middle East cultural practice that is becoming part of the mainstream.”

Banu is among the Top 10 Hookah Lounges in Toronto and is well-known for its Persian cuisine. Mohyeddin has owned the lounge or eight years and says her clients have changed.

“We are getting a lot of younger people who come in with friends,” she says. “A lot of our clients were at one time from the Middle East but now we have more Canadians.”

She plans to gather fellow lounge owners to lobby City Hall against making changes to the hookah policy.

Toronto has more than 150 hookah, or shisha clubs. Most serve Middle Eastern fare. They contain comfortable lounges, where people gather to smoke the aromatic herbal-based concoctions.

And even though the clientele at some clubs may be changing, most patrons are of Middle Eastern descent, where the practice has deep cultural roots.

“We have parents coming in with their teens and we have families,” Mohyeddin says. “They come and they eat. It is a cultural gathering.”

Sofi Sid, manager of Yorkville’s Marjane Cafe on Bedford, says tourists travel from across Canada and the U.S. to visit his lounge.

“We get a lot of tourists from all over,” Sid boasts. “A lot of visitors from the U.S. give us a call when they are coming to town.”

“I can’t see the City shutting us all down,” he says. “You are talking about putting hundreds of people out of work.”

Sid isn’t sure what to expect now that the future of his business is back before City Hall.

The number of hookah clubs in Toronto began increasing in 2006, soon after smoking was banned from enclosed public places and workplaces under the Smoke Free Ontario Act (SFOA), according to a summary contained in the Board of Health’s March 24 agenda.

The Act, however, does not apply to the indoor use of waterpipes to smoke herbal, non-tobacco products.

And that has led to a marked increase of hookah lounges, restaurants and cafes across the province where indoor smoking of ostensibly ‘tobacco-free’ products is permitted.

Board of Health chair Joe Mihevc says consultations will be held with the community, businesses and other stakeholders before a decision is made.

“We need to figure this thing out,” Mihevc says. “We need more disclosure to understand this better before we make a decision.”

Mihevc says the Board is working to have ingredients printed on packages of shisha, that is available in flavours ranging from Tangiers Kashmir Cherry, to Summer Crisp, Good Times and Berry Breeze.

“It can still be banned but we need more information,” he warns. “We need to get a better health picture of these substances.”

Other councillors, like Glenn De Baeremaeker say that “The evidence is overwhelming that this is a pollutant that is bad for your life. Everyone has to follow the anti-smoking rules and Sheesha lounges are not different than anyone else.”

McKeown’s report, Health Risks of Indoor Waterpipe Smoking, however, proposes asking the federal government to amend the Tobacco Act to include hookah and waterpipe poducts. The report recommends reporting back by the end of 2014 “on measures, including prohibition, to address the health risks of indoor water pipe smoking at Toronto commercial establishments.”

Board officials warn that the smoking of waterpipe tobacco products poses health risks for users and those exposed to second-hand smoke and it undermines the success of the SFOA, because it contributes to the social acceptability of smoking in public places.

The Board, in its summary, says it is difficult for smokers or enforcement staff to ensure that the product smoked is non-tobacco based.

The heated issue is slated to go before City Council on April 1, depending on the outcome of next week’s meeting.