The Oscars aren't the only thing happening this week, okay? 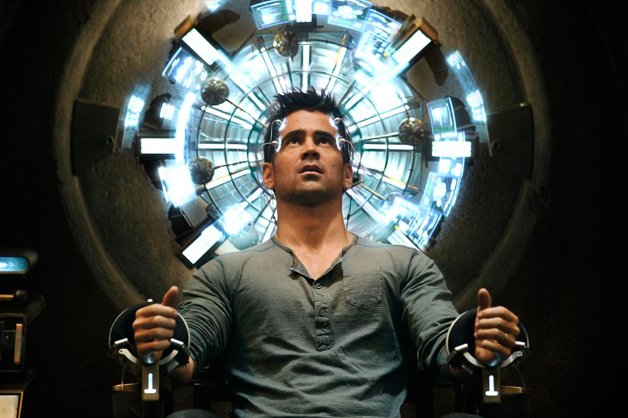 The Oscars are dominating the movie conversation this weekend, as expected I’ll be live-tweeting them along with Susan G. Cole and Glenn Sumi, so follow us on the Twitter at @wilnervision, @susangcole and @glennsumi, respectively, for all the cheering, whining and cringing you can pack into three or four hours.

Or you can watch the awards in the comfort of a movie theatre. The Bloor Hot Docs Cinema, the Fox and the Revue are all hosting free screenings of the ceremonies, starting at 7 pm, while the Big Picture Cinema is hosting a ticketed event doors for that open at 6 pm.

Need the rest of the week mapped out for you? Why, that’s what I’m here for.

If you’re craving a studio action movie that isn’t afraid to embrace the ridiculousness inherent in its premise – and you’re not going to see Non-Stop, for some self-defeating reason – drop by the Lightbox tonight (Friday) and check out Total Recall, which is screening at 9 pm in TIFF Cinematheque’s ongoing Paul Verhoeven retrospective.

Speaking of movies that mention Mars, there’s a movie screening at the Bloor on Tuesday (March 4) that you might want to see. It’s called Mars At Sunrise, and it stars the Palestinian actor Ali Suliman – a performer who really should be better known than he is.

Suliman came to Hollywood’s notice as one of the aspiring suicide bombers in Paradise Now, and spent the subsequent years playing generic parts in studio productions like Body Of Lies and Lone Survivor. Mars At Sunrise gives him an actual role for a change, pairing him with Guy Elhanan in a two-hander about a Palestinian artist and the Israeli soldier who once tried to flip him.

Mars At Sunrise is making its Canadian premiere in the Bloor’s Cinema Politica series, co-presented by the Toronto Palestine Film Festival, Beit Zatoun and POV Magazine. The screening starts at 6:30 pm and will be followed by a Q&A with director Jessica Habie admission is by donation at the door.

And once we tip into March, it’ll be time for another Doc Soup premiere. On Wednesday (March 5) and Thursday (March 6), the Bloor hosts Nicholas Philibert’s La Maison De La Radio, which looks at a day in the life of French public broadcaster Radio France.

Philibert is a terrific documentarian – his work includes Être Et Avoir, In The Land Of The Deaf and most recently Nénette – and La Maison De La Radio is of a piece with his previous studies, burrowing into the well-appointed offices and studios of Radio France to find a collection of charming, well-spoken broadcasters and journalists working in concert to keep the citizens of France entertained and educated.

The documentary is similarly entertaining and educational, in that order Philibert excels at capturing little human moments peeking through an established system, and his unobtrusive approach is perfectly suited to the efficiency of the Radio France operation. Tickets are $15, and they’re still available for all three screenings basically, if you spend any time at all listening to the CBC, you’re going to enjoy the hell out of this.