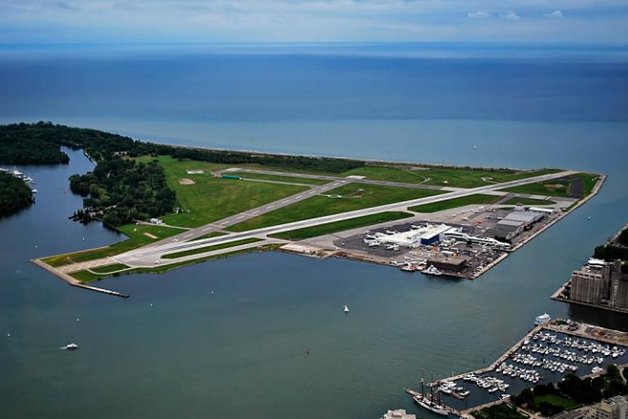 Remember in April when council voted to continue discussions about allowing jets at the island airport?

Well, it’s more than a month later and negotiations have failed to get off the ground. You could say they’ve completely stalled. They’re in danger of sliding off the runway, crashing and burning even.

Whichever aviation analogy you choose, things are not going well.

Correspondence released this week shows talks between the city and the Toronto Port Authority, which operates Billy Bishop Airport, appear to have hit an impasse. The sticking point is proposed limits on passenger and flight volumes.

Council unanimously decided that before it considers the new jet plan next year the Toronto Port Authority must commit to a three-phase plan to manage growth of the airport. The first phase calls for a cap of 2.4 million annual passengers and 202 daily flights.

The caps are intended to get a handle on current activity at the airport, which saw 2.3 million passengers in 2012. A city report found traffic, emissions, and noise from Billy Bishop are already disrupting the neighbouring community, and the proposal from Porter Airlines to expand the facility shouldn’t be considered until those problems are dealt with.

The TPA has balked at the idea of firm caps however, and has instead offered to implement “voluntary interim” caps until it completes an environmental assessment and airport master plan (both of which were also required by council).

The city and TPA exchanged letters last month stating their positions, with no movement on either side.

“Without a clear commitment from the TPA to manage growth at [Billy Bishop Airport] through caps and phasing, staff do not have the authority to negotiate,” Livey wrote.

“Please note that the recommendations adopted by city council did not use the words ‘voluntary’ or ‘interim’ in describing the proposed caps … I ask you one more time to commit to council’s requirement for a growth management framework of caps and phasing in the tripartite agreement.”

Livey’s letter comes after the TPA announced last week it was moving ahead with the environmental assessment and preliminary runway design, without first agreeing to caps. In a news release, TPA president Geoffrey Wilson said the agency would present the study findings to council next year, and suggested council could vote on the jet plan at that point.

“We cannot in good conscience, and in the absence of additional information, contemplate permanent, irrevocable caps,” he said. “What we can do is commit to doing the work that will provide answers and further inform an important discussion on the future of the airport. Once the work is completed, the 2015 City Council will have the opportunity to review all of the information.”

But Councillor Adam Vaughan says the jet proposal will never go to council unless the TPA agrees to caps.

“They don’t get to decide,” said Vaughan, council’s most vocal critic of the jet plan. “We don’t vote on anything until we get those negotiations put in place. If they’re refusing to negotiate, we’ll never get to a vote next year.”

He accused the TPA of “walking away” from negotiations and said the jet plan is “over” unless they come back to the table.

But other councillors aren’t so sure. Torontonians will elect a new mayor and council in October, and Peter Milczyn speculates the TPA could be stalling in the hope that the new crop of councillors will be more favourable to the jet plan.

The plan might not survive that long, however. Councillor Milczyn says that the deputy city manager has the ability to call off negotiations if the TPA doesn’t come into line.

“If the port authority signals just an outright rejection of a number of key things, then I would say [Livey] has the right to say ‘I don’t have the authority to negotiate with you,'” he says.

Livey was not available for comment at the time of writing. A spokesperson from the port authority said the agency had nothing to add to the letters and press releases it has already made public.

Brian Iler, head of CommunityAIR and a long-time opponent of island airport expansion, says Livey’s letter is clearly sending a message to the TPA that this is its last chance to agree to council’s terms.