Talvar (Guilty) has enough incendiary material to fill a mini-series 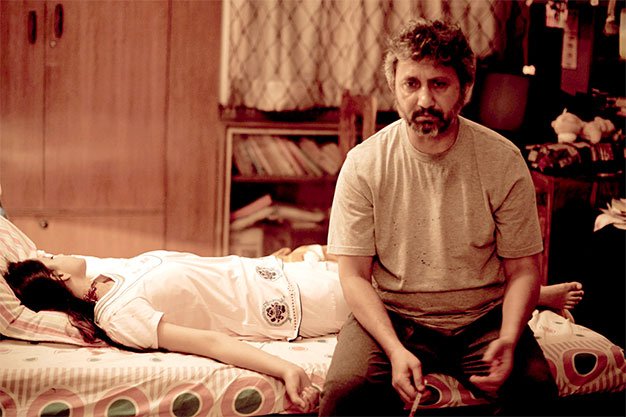 Director Meghna Gulzar’s true-crime procedural (which played TIFF under its English title, Guilty) about a sensational double homicide is fuelled by anger, mostly directed toward India’s legal system. If anyone there actually followed procedure, this tragic and frustrating case might have been solved.

Gulzar and screenwriter Vishal Bhardwaj stick mostly to the facts surrounding 14-year-old Aarushi Talwar’s murder. Police arrive, immediately assume the servant did it and go hunting without locking down the crime scene. Had they done so, they would have discovered that their prime suspect was also murdered, his body decaying just a few floors above. With the servant dead and evidence trampled, fingers immediately start pointing at the next-closest possibility: the parents.

That’s where Irrfan Khan comes in with a stellar performance as cool and weary Ashwani Kumar, an investigator from CDI (India’s national police) who mulls over and guides us through the case before finding his own suspects among the dead servant’s associates.

Class warfare simmers beneath the surface, informing how society and the media regard suspects on near-opposite ends of the economic spectrum. A more methodical filmmaker might have developed that for more insight into how the culture at large was a corruptive force in this case.

Gulzar, already struggling to handle incendiary material that could fill a mini-series, doesn’t go there. Her film also takes a clear side, perhaps with good reason, but the finger-wagging makes for an obstructed view.