A buffet of food flicks hits Toronto screens this month 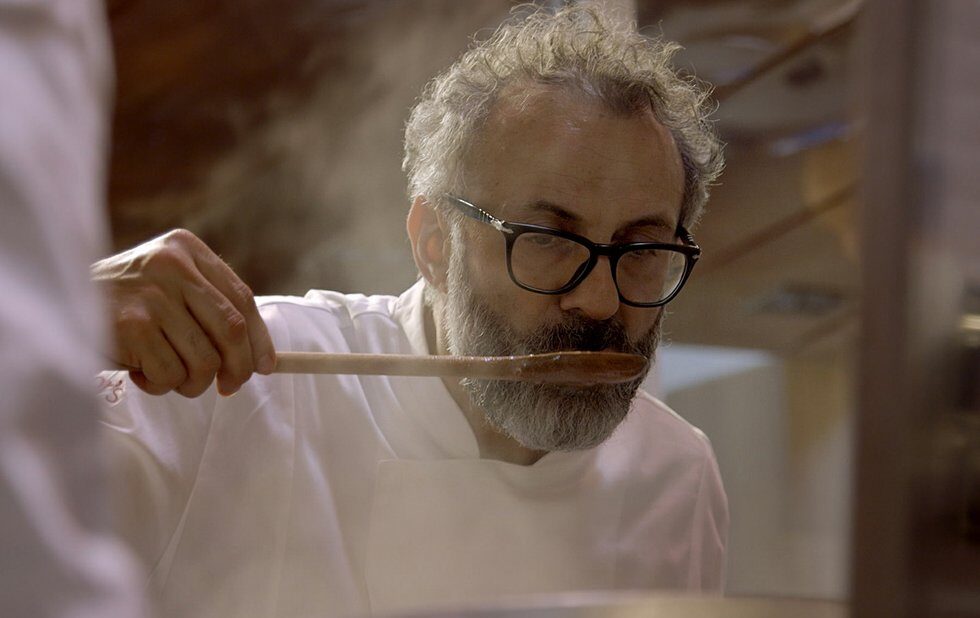 The fatal flaw of food flicks is you can’t reach out and eat all that deliciousness being projected 20 feet high – but don’t let that stop you from feasting your eyes on these two notable works hitting Toronto theatres this month.

Massimo Bottura, the celebrated chef of Modena’s Osteria Francescana, once saved all of the parmesan in Emilia-Romagna, NBD. Three years later, during the Milan World’s Fair, he turned his attention to poverty and hunger, recruiting 60 renowned chefs (Alain Ducasse, Rene Redzepi and Ferran Adria among them) to transform the fair’s food waste into gourmet meals for the poor. Bottura’s efforts – as well as the individual stories of the people who turned to the kitchen for food – became the focus of Theater Of Life, an NFB-produced documentary, which begins its tour of Canadian screens at the Hot Docs Ted Rogers Cinema. Find tickets here.

With Toronto’s obsession with Japanese eats still simmering away, it’s the perfect time to bring this 80s Japanese cult classic back to the big screen. Director Juzo Itami’s signature film is a quirky romp about the quest to turn around a struggling ramen restaurant, interspersed with bonus vignettes about food (including the erotic adventures of a gangster and his girlfriend). This latest release, set to screen at the TIFF Bell Lightbox, features a new 4K restoration, so you can enjoy all that sensuous noodle-slurping in stunning 3840p. Celeb chef Jamie Kennedy introduces the 7 pm screening on December 9, while National Post food writer Claudia McNeilly takes over introduction duties December 10 at 7 pm. Buy tickets here.