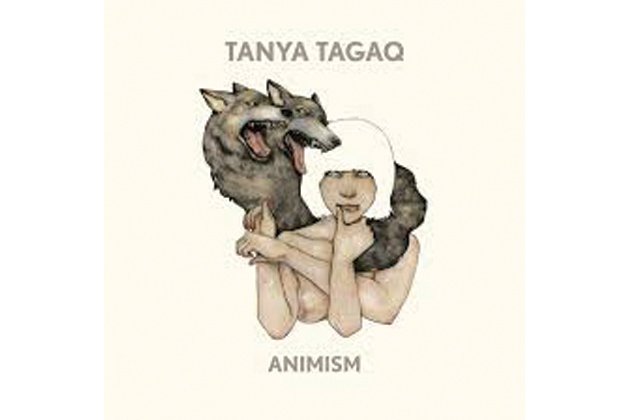 Except for the comparatively straightforward first track, which provides three and a half minutes of English-language singing before digressing into screams and howls, there are no lyrics on Tanya Tagaq’s third album that most listeners will understand. Animism is based in traditional Inuk throat singing, but Tagaq obliterates any boundaries in that genre or any other as she grunts, pants, whines and bawls.

Sometimes the vocals are uncomfortable (that goes away after a couple of listens), and sometimes, like on Caribou or Rabbit, they’re crystal clear and beautiful.

The instrumentation is just as amorphous. Jesse Zubot’s violin is an ominous barometer of conflict in this tale, but also sounds like a wounded wolf here or a screeching eagle there.

With Zubot, who is also the producer, Tagaq combines her wicked noises with electronic beats, experimental strings and feverish percussion – like the urgent industrial rock drum injection two and a half minutes into Umingmak – making for one of the most arresting albums of the year. It also includes northern field recordings, but you can’t tell where – the whole thing sounds like a northern field recording.

There are a hundred ways to interpret these tracks politically, but sometimes you don’t have to guess, as on the painful final track, Fracking, where Tagaq wails over fraught strings. It sounds like death.

Then there are the more intimate questions about self. She’s not asking you to examine ideas about your own humanness, animalness, sexuality or feminine identity (not in English, anyway), and yet you do.