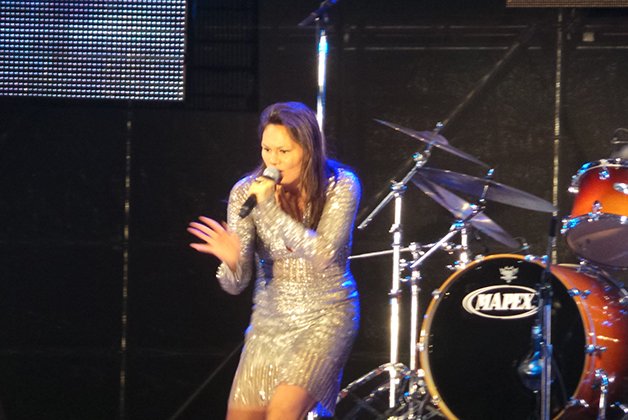 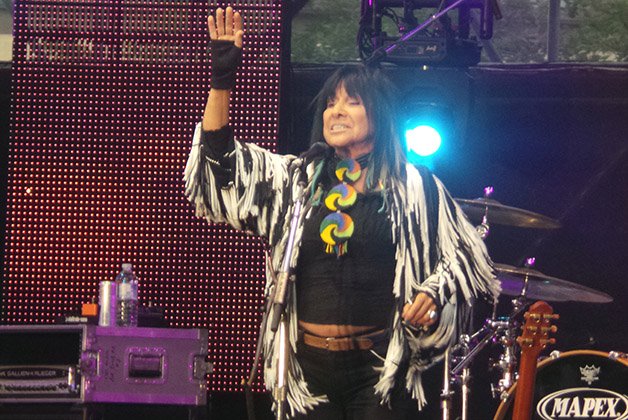 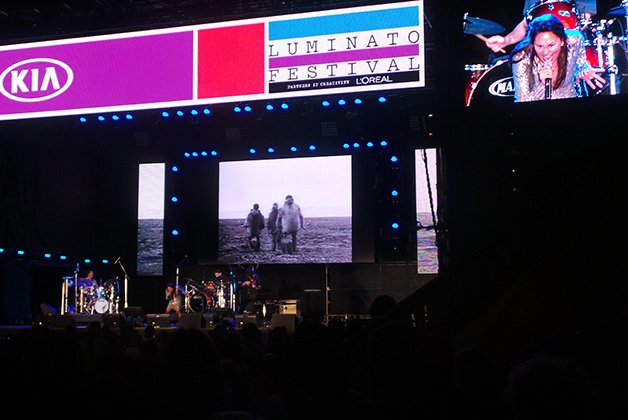 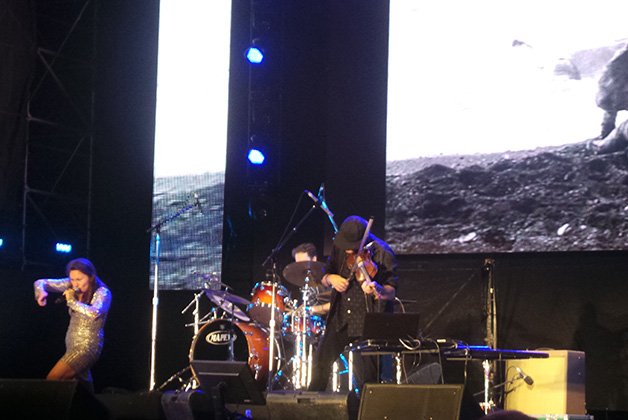 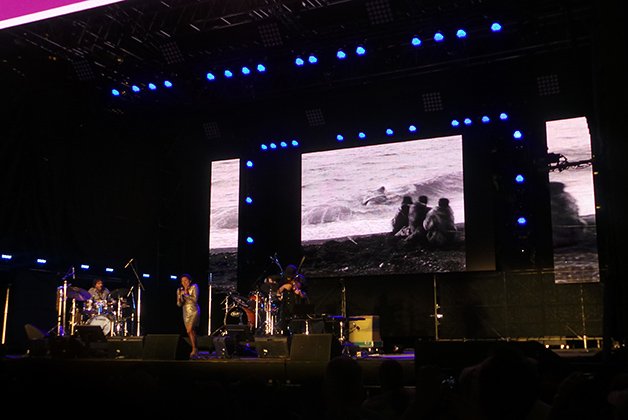 There are well-documented problems with Robert J. Flaherty’s groundbreaking 1922 documentary, Nanook of the North. Watching it in 2014, its one-dimensional depiction of the noble savage, plus various questions of legitimacy, date the film. Still, as a whole, it holds up as an insightful, starkly beautiful, often moving piece of filmmaking.

So, having Inuk throat singer Tanya Tagaq live-soundtrack the doc was pretty ingenious, lending authenticity to a film that lacks it. Where Flaherty’s portrayal of Nanook and his film family was often simplified, Tagaq’s accompanying singing, growling, grunting, squealing and breathing was complex and complicated, both ugly and beautiful.

Often bent at the knees or hunched low to the ground, she exuded happiness, grief, anger, terror, playfulness and animalism over the 65-minute show, as she and her three-piece band gave voice to every single character in the documentary, including the babies and the sled dogs. Sweating and possessed, running a finger down her belly, Tagaq was totally mesmerizing as she became a slain, sliced-open seal during a successful hunt.

Earlier, legendary Cree singer/songwriter Buffy Ste. Marie delivered a suitably political opening set. The irony of performing a song like No No Keshagesh (a tune about corporate and capitalist greed) as we were surrounded by every major banking building in the city – David Pecaut Square is smack in the Financial District – was impossible to ignore. Her voice, energy and obvious dedication to political action are forces to behold. Unfortunately, every mic on the stage needed to be cranked up a few notches – it was especially hard to hear Buffy’s between-song storytelling.