"I don’t ever want to be a Kraft cheese slice of music. Overly processed, preconceived to placate the masses, bland and as chemical as possible just so it can be bought." 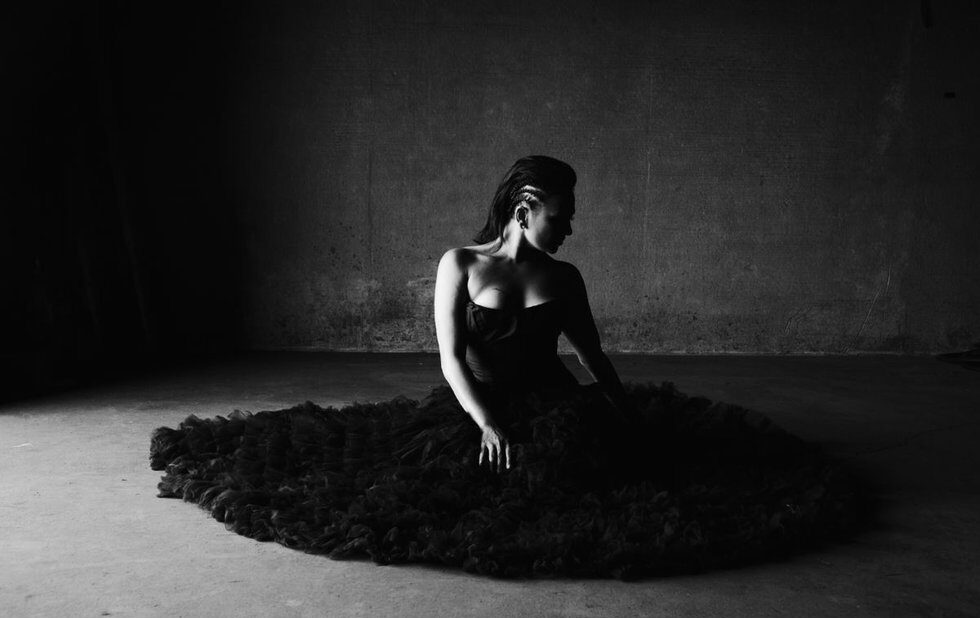 For Tanya Tagaq, the stage is a sanctuary.

When the Inuk throat singer performs, she escapes her self-professed neuroses – the fears, anxieties and little voices that make her question herself daily: Am I a good mother? Am I a good human being? Am I good? Performing gives her the same sense of calm she feels when she’s back in Nunavut, some 3,200 kilometres away from her newly adopted home in Toronto.

“I’m constantly over-thinking everything,” says Tagaq in her quiet, sweet voice, “and all of a sudden you go onstage and it’s a relief. You get to press pause for a little bit. That’s how it feels when you’re on the land at home.”

When I reach Tagaq by phone, she’s in Alaska, waiting to sound-check for her concert that evening. It’s two days after Donald Trump was elected president, and she’s still reeling from the results. “I’m so angry I want to scream my face off, which is probably what I will do tonight.”

Onstage, barefoot in fancy gowns, Tagaq growls, grunts and snarls, stretching her larynx to such limits, her voice seems to be coming not from one body but several. Tagaq doesn’t do any vocal warm-ups beforehand. “All my singer friends warm up, and maybe I’m just an idiot. I don’t stretch before I run either.”

For most performances, she’s flanked by her long-standing bandmates, violinist/producer Jesse Zubot and percussionist Jean Martin, who provide the lush yet chaotic soundscapes that Tagaq’s largely wordless vocalizations can explore and conquer.

Her concerts are so visceral, audience members have been known to break down in tears, laugh nervously or judge them as overly sexual. The YouTube comments on her Polaris Prize gala performance range from declaring Tagaq a musical genius to describing her as the “exorcist girl having an orgasm.” Tagaq chalks up the latter remarks to society’s weird relationship with sex.

“It’s interesting how someone can come to a show and see all the anger and ferocity and then go, ‘Oh, that was really sexual!’ A lot of people get uncomfortable [because] it’s a woman actually owning her body and not pandering to the male idea of what sexuality is.”

Yet the performer-audience connection is symbiotic for Tagaq.

“The audience holds so much power,” she says. “I don’t think they understand what it feels like to have this collective energy coming in my direction and how that gets siphoned into the sound. That’s why I love improvisation, because we’re working off the audience without their really realizing it.”

Tagaq says recording is a much more peaceful experience. But like her concerts, which are 100 per cent improvised, Retribution was mostly off-the-cuff, too.

On Sulfur, about the Alberta tar sands (a place Tagaq has described as a real-world Mordor), Tagaq’s gurgling voice sounds like oil bubbling from the earth, and on the title track she declares, “Our mother grows angry / Retribution will be swift / We squander her soil and suck out her sweet, black blood to burn it” before her soft yelps become ferocious guttural chants. Tagaq says those two songs come closest to capturing what the show is like.

Her Polaris win thrust her into the mainstream media spotlight, giving her a larger platform to talk about the issues she cares most about (the environment, Canada’s missing and murdered Indigenous women), but she didn’t let that increased scrutiny affect her follow-up album.

“I was aware more people were listening, but it didn’t change our creative process, which is just to make music for ourselves. I don’t ever want to be a Kraft cheese slice of music,” Tagaq says, before bursting into a roaring laugh. “Overly processed, preconceived to placate the masses, bland and as chemical as possible just so it can be bought.”

Instead, Tagaq revels in the risks that come with her music. She says her Polaris Music Prize gala performance, performed in front of the scrolling names of Canada’s missing and murdered Indigenous women, was a “complete roll of the dice.”

After these performances, Tagaq is vulnerable to the emotions of those around her. “I have to be careful. If somebody is putting their stuff on me in a way that’s unhealthy I tend to absorb it because I don’t have all my walls up. All the walls fall down during the show.”

As much as possible, Tagaq surrounds herself with positive, supportive people, especially her two daughters. Tonight, she has her four-year-old, Inuuja, with her (whose vocals can be heard on Retribution’s opening track, Ajaaja), and in a few days her 13-year-old, Naia, will join her for concerts in San Francisco.

“I’m so sensitive. I’m so very, very, very, very sensitive. I know I come across as strong, and I am. I just choose not to listen to those [negative] voices. When I put on an outfit and a little voice tries to tell me I don’t look nice in it, I tell that voice to shut up. And when a little voice tells me that no one is going to like my music because it’s too strange, I tell that voice to shut up and I keep going.”