Today is their thirtieth day in an Egyptian jail 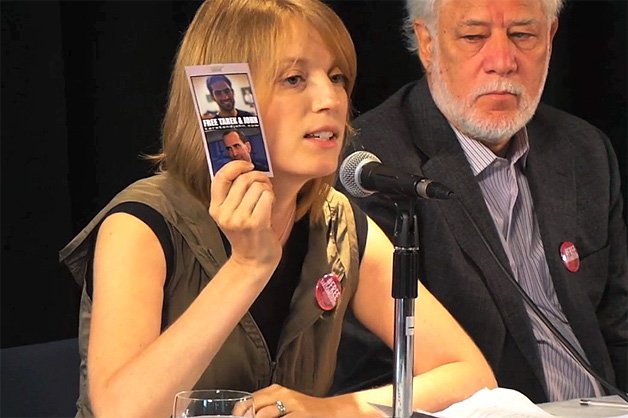 First the good news: John Greyson and Dr. Tarek Loubani are no longer sharing a cell in a Cairo prison with 38 others. Thanks to the intervention of Canadian consular officials, they have been transferred to a cell with only four others.

It “is a significant improvement over their previous situation,” writes friend and supporter Tim McCaskell in an update. The two “have received fresh clothes, books and food. They continue to be in good health.”

The bad news: they’ll be spending at least a couple of weeks in that brand new cell. Today is day 30, the conclusion of two consecutive 15-day detention periods to which they have been subjected. And today the Egyptian prosecutor has ordered a third, which will take them to 45 days, culminating at the end of the month.

That, according to McCaskell, is the maximum time that Egyptian law allows a person to be held without charge. At the 45-day mark, they will finally get to go before a judge, who will decide what happens next.

In the meantime, their lawyers are appealing the detention extension, and Amnesty International has thrown its weight behind the campaign to free them [pdf].

UPDATE (Sun., Sept. 15, 3:30 pm): The pair’s family and friends have put out a press release expressing their extreme exasperation at the latest development. They also, for the first time, reveal the name of the prosecutor who has been responsible for the ongoing detention.