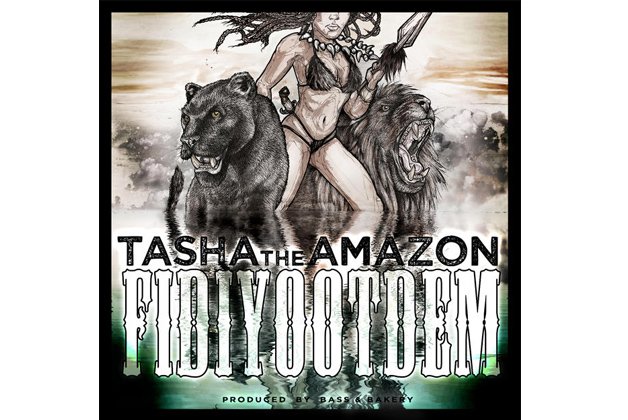 Toronto’s Tasha the Amazon is a refreshing alternative to the new sophisti-rap. There’s a time and place for the GQ swag of your Drakes, the forced self-examination of your Shads, the one-step-ahead-of-you wit of your Rich Kidds.

Sometimes, though, you just want unpretentious, snarling, rum-sipping, hard-dancing rap music for a party that might get out of hand.

Self-produced with her partner Danthrax (together they form Bass & Bakery) Tasha’s debut mixtape bangs with harsh, blasty beats – none of which are subtle but which match the frank ferocity of a rapper who compares herself, most badassedly, to the Khaleesi.

With a steady flow manipulated effectively for emphasis (see Tru Life), Tasha is intent on being heard. There’s a great sense of intent in each line.

At times, the Caribbean-dappled production could be more smoothly integrated, and Where Are You Now’s compelling autobiography is proof that she could’ve furthered her storytelling on other songs.

Our city’s next rap star? Hopefully.

Top track: Where Are You Now