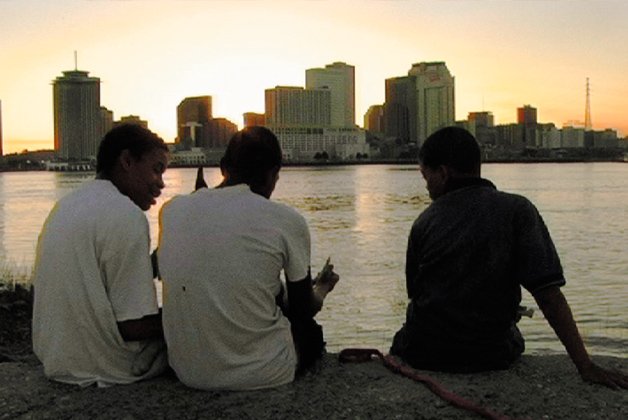 Tchoupitoulass young guides are raw and revealing in a way that few docs or fictional films are able to replicate.

Tchoupitoulas (pronounced chop-it-TOOL-us), Bill and Turner Ross‘s stunning meditation on childhood and poverty, is also an endearing and powerful love letter to a city that hasn’t seen much affection outside of fictional fare in quite some time.

Two young African-American brothers, their best friend and their dog, Buttercup, find themselves on an all-night trip through New Orleans’s French Quarter after missing the last ferry home. The Rosses combine stunning cinematography, killer music and tangential asides with intriguing interviews that illustrate just what it’s like to be scared, excited and alone in the big city.

The kids might only be talking about Michael Jackson, hot dogs and theoretical bear attacks, but the Ross brothers wisely let them act their age without using them as part of any sort of directorial thesis. They spend the night bullshitting, arguing and getting into trouble as kids often do, but it’s raw and revealing in ways that few documentaries or fiction films are able to replicate.

It’s not a trite travelogue, and the Rosses draw to the surface the very contradictions that make NOLA so culturally fascinating. Much like the city, the film’s as lyrical and haunting as it is energetic and playful.