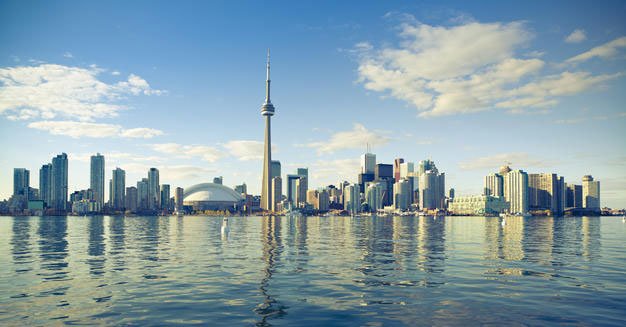 the guy who coined TDot

It’s true: hip-hop has grown up and left the ‘hood. Just witness the number of times hip-hop’s gift to Hogtown, the term “TDot,” has gotten deep-6ixed or remade in the last year.

From “The Six/6ix” terms invented by OVO rapper Jimmy Prime Johnson (as in the 416 or 647 area code) to Drake’s forthcoming album, Views From The 6, to the recent viral track “IVIVI” (416 in Roman numerals) by Sikh rapper Humble the Poet and ubiquitous YouTuber Lilly Singh, the GTA’s hip-hop world has contributed a bunch of cultural inventions.

This rap influence on our day-to-day is worth pondering in the wake of T.O.’s first youth-focused African Music Week, June 10 to 13. And the Manifesto Festival, a large youth/hip-hop culture fest, rolled out a whole campaign quizzing people about whether we should be referred to as the TDot or the 6.

While street-corner eulogies have been uttered for more dated yet widely (and whitely) used terms like “Hogtown” or “the big smoke,” I wonder if the wider society will call to mind the hip-hop origins of things.

Something critical has gotten lost in the mix: this vital black counterculture gift to the world is now an item for sale.

From pop star Katy Perry sporting diamond ice grills on her teeth to Iggy Azalea’s fake southern black accent, the co-opting of hip-hop culture is surreal. If I heard news that our self-anointed sister in the struggle Rachel Dolezal had recorded a vocal skit on a Vince Staples mixtape, I wouldn’t flinch.

I get it. We create, others imitate. But the colonization of cool seems out of whack. Man, these are confusing times. I’ll sometimes go into business meetings in the GTA where these tragically unhip-hop grown men in Hugo Boss suits are greeting me with the Hip-Hop Hug – you know, that warm bodily embrace where you clutch, grab and reel in?

Other times I’ll see some zoomer who I suspect also wants to be down with the homies – sloppily attempting to give a “pound” (a fist-to-fist show of affection) to much younger millennials and actually missing. Just when you thought a firm, stiff handshake would suffice….

How many have used the term “TDot” over the years, a condensed version of the T-dot O-dot (T.O.) abbreviation, for this city? Do they know anything about who, how or why the term was created? Do they care?

The guy who coined the term, K4CE (K-Force), was a mentor and childhood friend who recruited me to help deliver newspapers door-to-door on Marlee Avenue. He’s a local hip-hop legend. 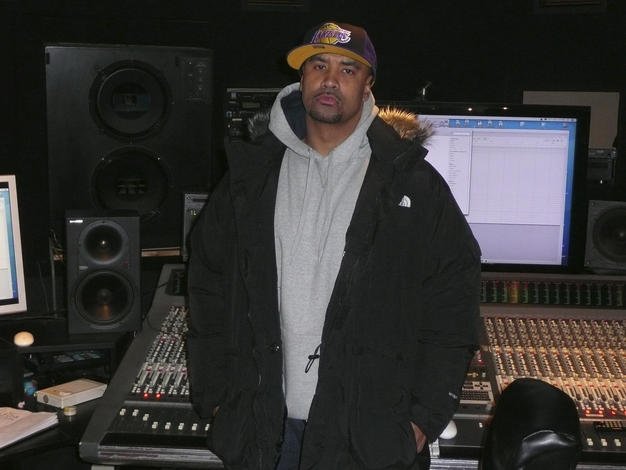 On coming up with it

[It] came from a dub plate I was recording called Deep Kover, when I’d come back home from New York in 1994 or 95. I was visiting my mom at the time. I’d been living in NYC for a few years and was tired of everybody calling our city T.O. So I wrote the lyric like I saw the short form T.O. abbreviation. Every other city had a name. I was trying to say something different, but I didn’t think it would stick.

On the popularity of the term

The person who first heard it was Kardinal Offishall. We were recording at the same studio. Kardinal started shouting it out. He made it big. As much as I get the credit for creating the term, I give him just as much for putting it out there.

On its adoption worldwide

When I was back in NYC and heard everybody saying it, it kind of freaked me out at first. Now if I’m watching ESPN and hear it, or when I hear Rihanna tweet that she’s touring and on her way to the TDot, it feels good. I guess it’s like that someone who made up the term “the Big Apple,” though this is entirely different.

Well, it depends on what time of day you ask me. Some days I think yeah, but I never made it up for that reason.

Seriously. I’ve seen it all when it comes to the TDot, only because I’ve charted its use since the term was invented.

For example, if you need automobile parts, you can grab some at TDot Performance. Are you feeling overworked and planning a weekend getaway? Maybe it’s time to book with Tdot Bus Inc.

I’m the father of an active, nimble nine-year-old son and I once pondered enrolling him in the T-Dot Tumblers Gymnastics Academy Inc.

This summer you could treat yourself to a new 289 area code tattoo from TDot Ink. Protect your new tattoo with a nice T-shirt or customized hometown love hoodie from Teedot Apparel. See a pattern?

Don’t get me wrong. Naming a business after the Six or TDot isn’t a bad thing. In fact, you can see it as a way to pay homage to our city.

It may be kind of nauseating to see some of the tenets of a culture created to question and dismantle the machine become the machine, but we’ll get over it.