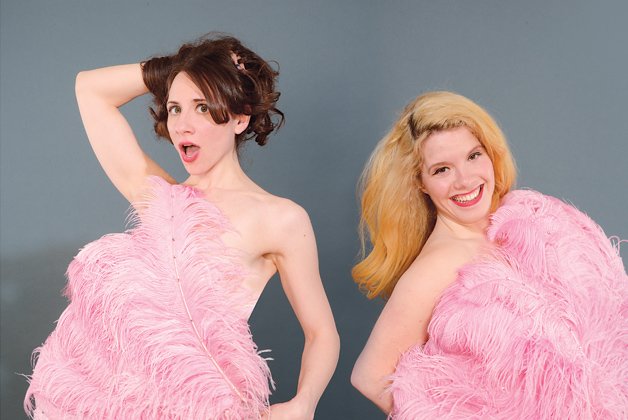 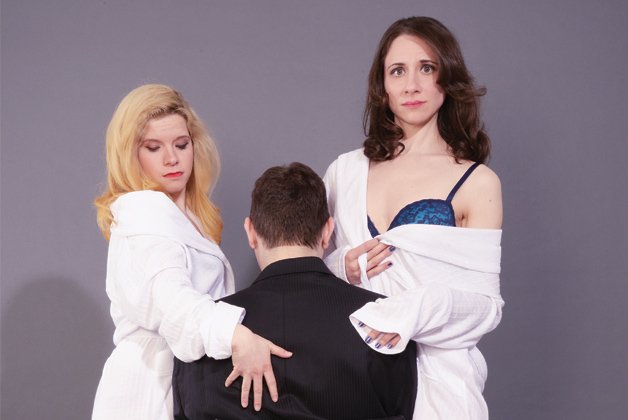 Historic strip club Jilly’s was bought by developers last week. But thanks to independent theatre, you’ll get one last peek – and a couple of quick encounters – before the poles come down.

Julie Tepperman and Amy Keating, two of the project’s creators, say Tease isn’t about strippers – or Jilly’s, for that matter, although the club’s grungy appearance will definitely add to the ambience. (They won’t be adding any special lights or sets to the place.) There may be elements of stripping in the show, but audiences shouldn’t expect lap dances or nudity.

“People go to strip clubs for intimacy, for connection, for love, to be turned on, for any number of reasons,” says Keating, “and we’re trying to play with those things. We want to crack open the experience you might get at a strip club.”

Each show has room for five audience members, so get your tickets fast. Each person gets one-on-one time with five “dancers” (including Tepperman and Keating) at separate stations. You may witness a monologue, have a discussion, see a bit of dance – anything’s possible. There are bouncers and bodyguards, too – some actors, some real.

“We’re playing with the idea of making someone feel like they’re the most important person in the room and fulfilling a fantasy they might have without actually knowing what that is in advance,” says Tepperman, a member of Convergence Theatre, whose Gladstone Variations remains one of the most memorable site-specific shows in recent history.

“It’s almost like a first and only date. We know the length of time is five minutes. The challenge is to be as present as we can be with whoever happens to be sitting across from us. There’s structure to the encounter, but we can improvise within that depending on the energy between us.”

The pair have done research, paid for lap dances to talk with performers and pretended they were checking out clubs for a bachelor party “for Amy’s fiancé.”

Of course, the show isn’t really about stripping. One of its themes is how to make a real connection in a world where we’re so detached from one another.

“People go to strip clubs for some sort of human connection. Whether they get it is up for debate. I’ve heard stories that sometimes the strippers don’t dance, they’ll just sit and chat or hold hands, because it’s hard enough to find that in the normal world.”

Keating took some women’s studies classes at university, and is interested in sex work and the third-wave feminist view that women who do sex work aren’t victims.

“They have a choice and agency,” she says. “I say that knowing that there’s a grey area and everything is not as simple as that – and that I’m speaking as a privileged white woman.”

Coincidentally, the two see a connection between the stripper’s world and that of live theatre.

Because it’s a theatre festival, the two know they’re bound to end up performing opposite people they know – friends, loved ones, critics, colleagues. Tepperman says she’s considering asking certain people not to come.

But Keating is looking forward to that challenge.

“I think the fact that we’ll be doing it 15 times a day is going to bring something out in us – I’m hoping it’s a certain vulnerability,” says Keating. “I’m excited by the idea that someone I know might come in, and I’ll have to kick it up a notch. If they’re a close friend, a critic or a director, I’m going to have to be really authentic. It’ll be an exciting challenge. We’re asking ourselves to be vulnerable, and I think that’s ultimately what everyone wants, from theatre and other humans in general.”

Tepperman reconsiders, and says she shouldn’t prejudge what she will feel like.

“There might be strangers who make me really uncomfortable, and maybe I’ll be comfortable with people I know because the ice has already been broken,” she says. “We’ll constantly be challenging our own boundaries.”

During the process, the performers have had to confront their own issues about body image and trust.

“It’s a closet of a space there’s darkness, music, a lot of things overpowering the senses,” says Tepperman. “I feel less in the spotlight than if I were on a big proscenium stage. And therefore I’ll probably be able to go to places in the improv that I might not go to in an ordinary play.”

And besides, laughs Tepperman, unlike higher-end clubs like the Brass Rail, Jilly’s has a reputation for not having your perfect under-25 model bodies.

“So I won’t be worried about being perfectly shaved or groomed.”

Both artists say they’ve been inspired by the UK-based performance company Punchdrunk, whose interactive show Sleep No More has been running in New York City for years and whose The Drowned Man is a hit in London.

In those shows, performers occasionally take one member of the audience into a room to have an experience that only they share. It happened to Tepperman when she saw Sleep No More.

“It was so sexy,” she says about that one-on-one. “He lifted his mask off, hugged me and stroked my face. He was crying and I was crying by the end of it. It makes me remember how respectful we have to be of people’s vulnerabilities. I wanted to role-play, but I didn’t want to freak him out, so I didn’t know how far to go. I felt like I wanted to cry and hug him.

“It felt so special that nobody, except maybe a stage manager peeking in the room, knew except the two of us. He must do it a 100 times and wouldn’t remember me, but he made an impact on me in that moment. That sort of thing stimulates us with this experiment.”

Part of the fascination of working on this project has been learning about the strip club as institution. There are tips about behaviour etiquette, tipping, safety.

“And everyone relies on each other,” says Keating. “From the bouncer to the stripper to the DJ to the waiter, they rely on every other worker to make money. Like a restaurant.

Julie Tepperman and Amy Keating on the structure of Tease:

On music, costumes and how each audience member will have a different experience: