"For a guy to take his shirt off in front of a girl is a big moment. I wouldn't bring up the cancer with someone I was dating until I needed to." 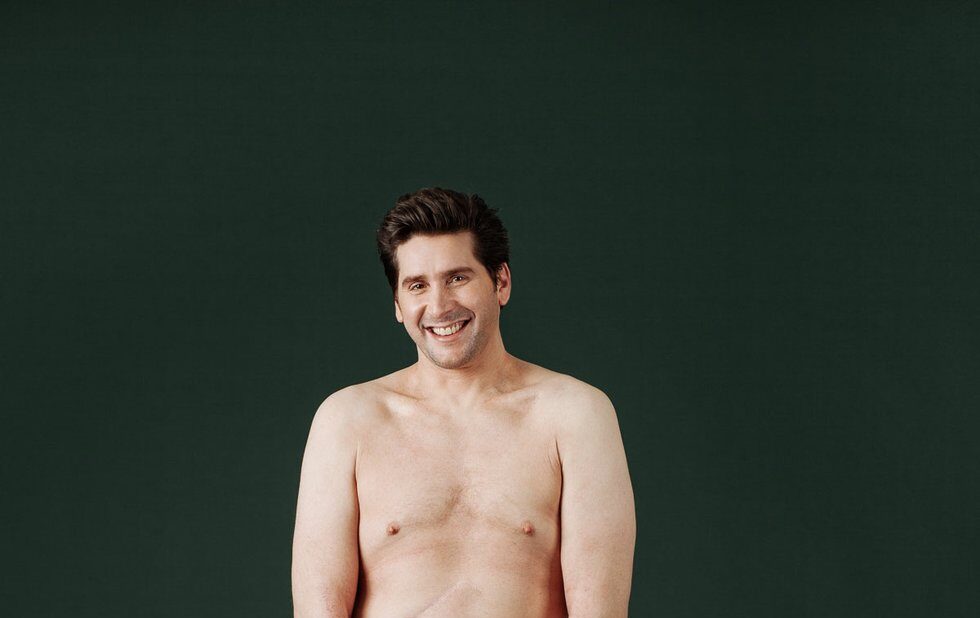 Last year, on New Year’s Eve, I went to the emergency room, and on New Year’s Day I got a diagnosis of kidney cancer. I had a 15-centimetre tumour on my 10-centimetre kidney. A year earlier, I had an ultrasound, but my family doctor didn’t give me the urgent results. When I told him about the cancer and he finally looked at the test results, he said, “I’m sorry, I forgot. It slipped through the cracks.”

I had the surgery in February. It was so big they had to do a full right radical nephrectomy, which means they took out the entire kidney. They opened me up, and because it was so big, they had to increase the incision and make it bigger. So I’ve got a nice gnarly scar from the centre of my rib cage to my right thigh.

It healed well. The swelling went down, but it took a long time for my body to get back to where it was before. I gained a lot of weight after the surgery. At first I worried about how the scar would appear to others.

For a guy to take his shirt off in front of a girl is a big moment. I wouldn’t bring up the cancer with someone I was dating until I needed to. There was one situation where I connected to a woman and felt it was mutual. She also had a history of cancer. So I thought this was a person who had gone through what I was going through. It ended, possibly because she was over her thing and I was just starting mine. It might have freaked her out.

That made me feel crappy, knowing that someone turned me down because they didn’t want to deal with my crap.

I’m seeing someone now – I think we’re in a relationship – and she’s fine with it.

The experience has changed me. I don’t stress about the things I did before. I yield to the stuff I have no control over. As I get older, I give less of a shit about what people think. That includes what I look like. My body is my body, and I’m cool with that.

Recovering from the surgery, I was lying in bed and had a lot of time to think about what I hadn’t done and what I wanted to do. Since being a kid in St. Catharines, all I’ve ever dreamed of doing was being an actor. I fell in love with improv.

And now I want to do it harder – and more. I’m in Next Stage, working with Lisa Merchant, who taught me improv 20 years ago, and I won the Fringe lottery.

I’m grateful for all the little things people take for granted. That’s actually where good improv comes from: noticing the small things and appreciating them.

See Date Me at Next Stage Theatre Festival January 4 to 15.