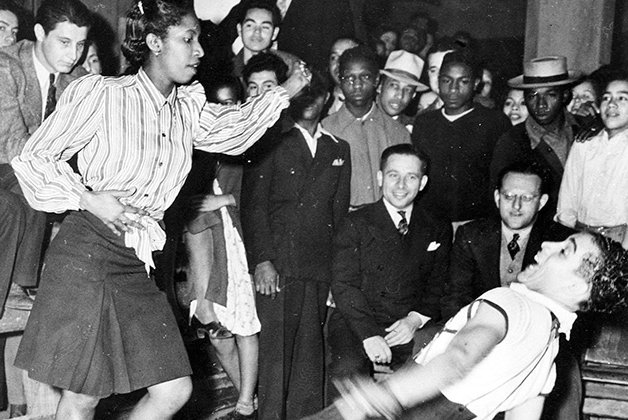 Teens in 1939 entertained themselves by doing the jitterbug.

According to Teenage, and the book by Jon Savage it’s based on, the adolescent is an early 20th century invention, a tumultuous space created between childhood and adulthood when nothing of the sort had previously existed.

Matt Wolf’s doc weaves together nifty archival footage of life and pop culture, along with sly recreations, charting the evolution of the teenager from exploited factory worker after the industrial revolution to lucrative demographic immediately after WWII – still exploited, but with a facade of agency.

If the multiplex today is any indication, teenagers rule the world, or at least corporations want them to think they do.

Wolf draws parallels between flappers and jitterbugs, the Boy Scouts and Hitler Youth. But instead of spelling out a convincing argument, he opts for a mixtape of history in which images both idyllic and turbulent dance to a funky soundtrack. While that collage often feels repetitive, it does pay lyrical and intoxicating tribute to the spirit of the teenager, which is at once assertive and vulnerable, confused and confusing, supposedly unique yet always steering toward the flock.

If by the end, a clear definition of the teenager hasn’t emerged, that’s cool. Teenagers don’t know what they are either.