The Scots' harmonies and eloquent songwriting are as formidable as ever 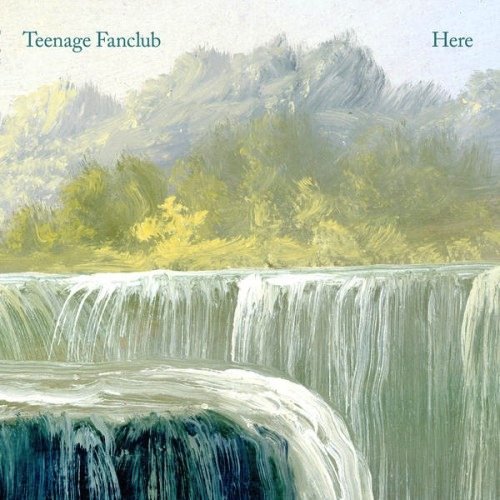 Six years is the longest Scottish indie pop heroes Teenage Fanclub have ever kept their fans waiting for a new album. That would kill the average Frank Ocean fan, but when it comes to a new Fannies album, their supporters know that it just means the wait will be worth it.

The reason for the delay is that each member was busy working on other projects. Gerard Love released a highly overlooked solo LP in 2012 under the name Lightships Raymond McGinley joined Glaswegian folkies Snowgoose for an album and Norman Blake, who now lives in Kitchener-Waterloo, formed both Jonny with Euros Childs (Gorky’s Zygotic Mynci) and the Toronto-based New Mendicants with Joe Pernice and Mike Belitsky (the Sadies).

Here is the band’s 11th studio album, and as they’ve done since 1997’s Songs From Northern Britain, they continue to stick to the formula of 12 songs – four apiece by Blake, Love and McGinley. Unlike 2005’s bare-bones Man-Made and 2010’s elaborate Shadows, however, Here finds the right balance.

As they’ve grown older, the Fannies have amplified their love for bands Byrds, Love and Big Star but turned down their amplifiers. Those influences creep all over Love’s temperate I Have Nothing More To Say, McGinley’s horn-filled Live In The Moment and Love and Blake’s string-backed The Darkest Part Of The Night. While the band have almost completely adopted a cleaner guitar sound, Here kicks off with two songs that sound like leftovers from Grand Prix: Blake’s amorous I’m In Love and Love’s fuzzy Thin Air.

Gone are the days when this band gave us four albums in three years, but their enchanting harmonies and eloquent songwriting are as formidable as ever. And that’s what matters most when it comes to a new Teenage Fanclub album.

Top track: The Darkest Part Of The Night