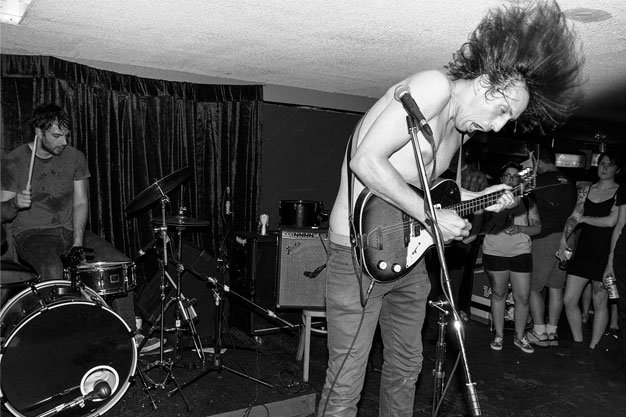 Telephone Explosion founder Jon Schouten doesn’t want to put limits on his label. Along with his good friend Steve Sidoli, Schouten’s taken his Toronto outfit from a cassette-focused brand releasing local acts to one of the most daring independents today.

Their modus operandi? Evolution – both personal and professional.

“It’s only healthy that what we were doing seven years ago isn’t what we are doing now,” says Schouten, who’s about to celebrate TE’s seventh birthday. “We look at labels like Drag City and we know they’re doing it right. They can put out a folk-rock, electronic record or noise record and they have a stamp of approval.”

Following suit, TE’s roster is becoming more diverse. Originally garage-rock oriented, it now boasts a selection of eclectic acts, some of which Schouten himself struggles to put a tag on.

“Cellphone have created a sound that even I have trouble defining. I call it synth-trash,” he says of the Toronto duo.

More exciting releases await in 2015. Next year sees a January re-press of a highly sought-after Ty Segall/Black Time split LP that put TE on the map outside of Toronto, as well as a 7-inch debut from a new band, LIDS (Brian Borcherdt from Holy Fuck, Doug MacGregor from the Constantines and Metz’s Alex Edkins). So far, LIDS has largely been shrouded in secrecy, but their noisy grooves will be on display at the anniversary show.

Exciting stuff, yet celebrating a seven-year anniversary seems like an odd choice to us.

Schouten agrees, but falling in line with convention has never been his strong suit. “Think of it more as a Christmas party,” he says.