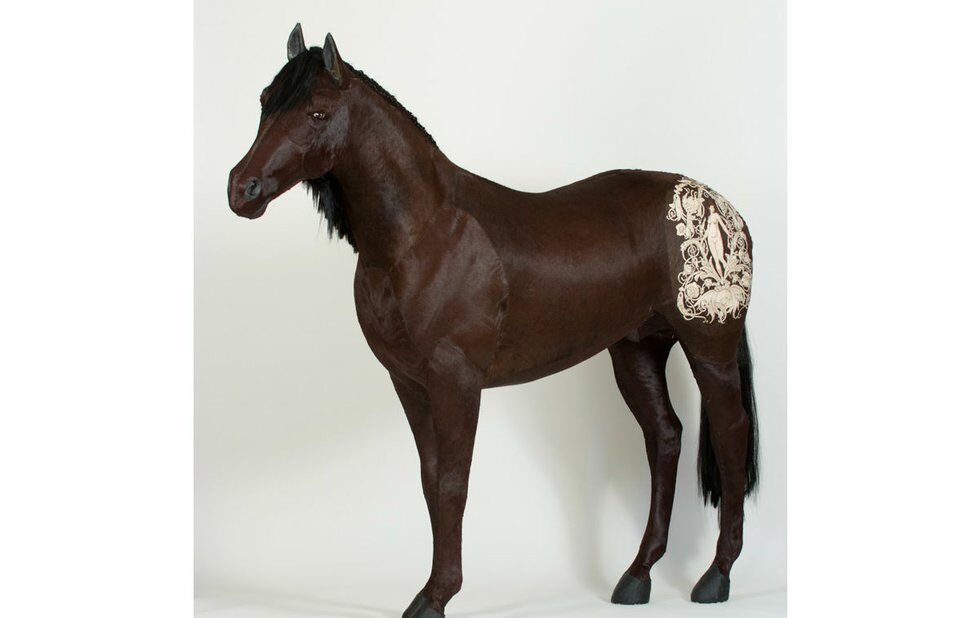 The Textile Museum of Canada is one of Toronto’s top destinations for discovering unique artworks and learning about different cultures. While the exhibiting space showcases countless fascinating textiles, there are numerous little-known facts about the museum itself that 34,000-plus annual visitors might not know. We’ve collected 10 here, but you can learn more about the Textile Museum in our digital residency online right now.

The Textile Museum’s permanent collection boasts more than 14,000 objects, some dating as far back as 2,000 years. Dedicated visitors will see many pieces from the collection on display through curated exhibits, but there are some pieces that everyone needs to see at least once. These include the museum’s oldest objects from South America before the Spanish arrived as well as much more recent salmon skin boots from China. (View these objects and more on the Textile Museum’s website.)

The Textile Museum of Canada was founded in 1975 by Max Allen and Simon Waegemaekers. Its first location was over an ice cream store in Markham Village before relocating in 1989 to its current home at 55 Centre near City Hall. It was initially a casual meeting place where people could drop by and interact with the collection of textiles.

“From day one, the thing that has interested me is what textiles from around the world can tell people in Toronto about how the world works and how people work, and also what they think and believe and value,” says Allen.

For Allen, textiles are unlike any other art medium in that they offer rare opportunities to understand both the artist behind the object and the broader culture reflected in the work.

While there are countless objects in the permanent collection that were created by everyday craftspeople, the Textile Museum has also exhibited work from some of the world’s most famous artists and brands. These include Pablo Picasso, Salvador Dalí, Henri Matisse, Sonia Delaunay, Marc Chagall, Henry Moore, Joan Miró, Andy Warhol and Alexander Calder. There have also been exhibitions of works from iconic artists who captured unique cultural perspectives, such as Judy Chicago’s feminist artworks to Finnish design brand, Marimekko.

Those who have been keeping up on all the details of the recent royal wedding would be interested to know that the Textile Museum once hosted a 1991 visit from Princess Diana, who came to see a touring memorial exhibit for victims of the AIDS epidemic. Part of a wider tour of the province, the Princess signed the AIDS quilt on display and conversed with Skye Morrison, a founding member of the museum.

The Textile Museum once had a life-size horse textile on display. Part of an exhibition of works by David R. Harper, the embroidered model had to be lifted by crane to a third-storey balcony and shuffled through offices just to get it into the gallery space. The exhibition included portraits of anonymous, Victorian-era people on sustainably obtained hides.

Even though the museum’s permanent collection is so impressive in size and scope, staff continue to find intriguing additions – such as a recently acquired collection of printed fabrics from Cape Dorset, Nunavut. These 181 items were made at Kinngait Studios in the 1960s and 1970s by Inuit artists, including Pitseolak Ashoona, Parr, Mary Pudlat (or Samuellie), Sharni Pootoogook and Pudlo Pudlat. The Textile Museum will be showcasing some of this collection in the upcoming exhibition Crosscurrents: Canada in the Making.

Volunteers play an essential role in helping the Textile Museum operate smoothly. In fact, many staff members started as volunteers. There are currently over 150 people who donate their time and efforts and many of them have been doing so for decades. One event that demonstrates the strength of the museum’s volunteer base is the Textile Bazaar, wherein volunteers devote much of an entire year gathering donations from across the GTA and prep them for sale to the community. The resulting funds go towards museum programming and exhibitions. (More info on volunteering here.)

Many of the visitors who come to the Textile Museum do much more than appreciate the objects on display. There is an on-site interactive area where you can try your hand at weaving, knitting and other creative practices. There are also workshops twice a month that offer instruction on various techniques for creating textiles. This month’s workshops are focused on quilting. (More programming details here.)

In addition to its touring exhibitions, the museum’s collection can be a helpful resource for other institutions that curate programming for the public. Currently, the Museum for Human Rights in Winnipeg is displaying two beaded pieces from the Textile Museum’s permanent collection as part of a Nelson Mandela exhibition. There are also other collaborations like hands-on workshops with Toronto Public Library or Maker Fest (July 7 and 8, Toronto Reference Library).

At 55 Centre, just off University and Dundas West, the Textile Museum is among some of the most interesting areas for Toronto history buffs. The area now occupied by the Eaton Centre was once home to factory facilities and worker housing, which abutted the neighbourhood once known as The Ward. Much of this history is captured in txtilecity.ca, an interactive online project from the Textile Museum (see a video from the project below). When the adjacent lot was excavated in 2016, numerous textile objects were uncovered. Some of these will be included in the upcoming exhibition Crosscurrents: Canada in the Making from June 27, 2018 to March 31, 2019.

Find out more about the Textile Museum of Canada here. 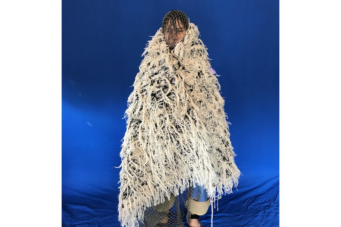 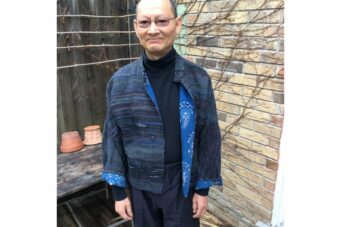 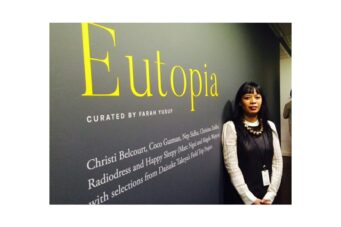