In a rare magazine interview, Drizzy talks driving for inspiration, recording his next album in Toronto and the Meek Mill ghostwriting beef 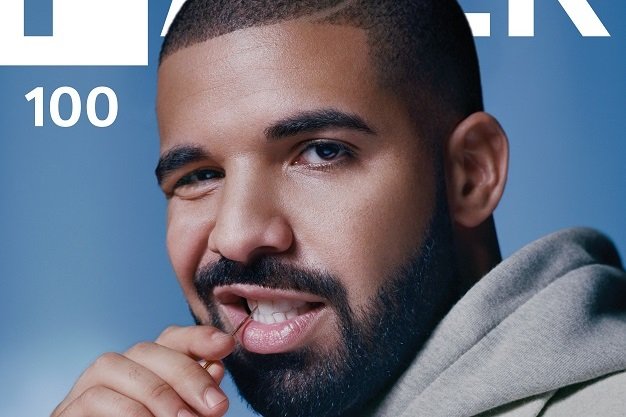 Drake has ceded the control of his narrative to a journalist for the first time since swearing off magazine interviews last year.

The Toronto hip-hop superstar is on the cover of American mag The Fader’s 100th issue. The accompanying feature is called Peak Drake and was written by New York-based writer Leon Neyfakh.

As you may recall, when Drake submitted to a Rolling Stone interview in early 2014, things did not turn out so well and he vowed never to do another magazine interview.

The Fader interview took place on a “balmy Tuesday night in August” in a “low-lit hotel suite in Toronto.” The resulting article is full of interesting and nerdy tidbits for fans, but short on clickbait. Subjects not discussed: his rumoured relationship with tennis champ Serena Williams, the fatal shootings that took place at the after-party for this year’s OVO Fest, his spate of sexy Instagram portraits, his new restaurant with Susur Lee’s kids, or anything you might consider TMZ-worthy and/or legally hazardous.

The story is mostly about – wait for it – music. Drake talks about his creative process, the recording of his upcoming Views From The 6 album (the release of which is apparently “imminent”) and his intensely publicized beef with Philly rapper Meek Mill. Here are 10 choice quotes:

Like a good Torontonian, Drake’s preferred mode of transport is the car and he likes to drive for inspiration. Unfortunately, he doesn’t get behind the wheel as much nowadays:

“I’ve been deprived of driving for a long time. Riding to the studio with a driver and security and stuff, you lose something… That ride was my favourite thing in the world, you know? And before that ride, it wasn’t going to the studio, it was going to my girl’s house or going wherever. Driving was just one of the most pivotal things in my writing life… Sometimes those drives are heavy, man, depending on what happened where you came from and what’s about to happen where you’re going.”

He’s primarily recording Views From The 6 in Toronto because his sole collaborator, producer Noah “40” Shebib, is not into the globetrotting lifestyle any more:

“We’ve grown a lot over the years… He used to be the guy who would track me in hotel rooms at 4 am. And now he is not that guy – I have another guy who does that… If I want to make the album I want to make, I have to go find him. I have to go sit with him, and we have to really put in effort.”

His Polaris Prize-nominated If You’re Reading This It’s Too Late was definitely a mixtape and not an album because it was recorded quickly and not up to the standards of what he considers album-worthy:

“By the standard I hold myself and 40 to, it’s a bit broken… There’s corners cut, in the sense of fluidity and song transition, and just things that we spend weeks and months on that make our albums what they are.”

He wrote the Toronto anthem Know Yourself because he was super-jealous that Wiz Khalifa had a massive hit with his Pittsburgh anthem Black And Yellow:

“I always used to be so envious, man, that Wiz Khalifa had that song Black And Yellow, and it was just a song about Pittsburgh… Like, the world was singing a song about Pittsburgh! And I was just so baffled, as a songwriter, at how you stumbled upon a hit record about Pittsburgh. Like, your city must be elated! They must be so proud. And I told myself, over the duration of my career, I would definitely have a song that strictly belonged to Toronto but that the world embraced. So, Know Yourself was a big thing off my checklist.”

He’s proud that he found a way to incorporate Toronto slang and colloquialisms into his music:

“We use [that lingo] every day, but it just took me some time to build up the confidence to figure out how to incorporate it into songs. And I’m really happy that I did. I think it’s important for the city to feel like it has a real presence out there.”

The new album might be full of brighter, summery sounds along the lines of recent song Hotline Bling:

“I love dancehall flows, especially as of late… I pretty much won’t even rap on a beat unless it’s got some magic element of new tempo or new pocket, where I hear myself and feel like I’ve stumbled upon something new.”

His mom inspires him to jump on other artist’s songs, such as Sweeterman by Ramriddlz and Versace by Migos:

“It’s just channeling my mom… Like, I’d bring home an essay that I did really well on, and my mom would read it through and give me notes back – on the essay that I just scored like 94 on! So sometimes I just do that. I’ll hear people’s stuff and… I’ll just give my interpretation of how I would have done it… It’s just, literally, I’ve recognized the potential and the greatness in this piece, and I want to take my stab at it, too – which is kind of what my mom always did, you know? She was just reliving her school days. Like, she just wanted to really write the essay herself. But I had already done it, so she just kind of gave me new paragraphs and sentences and made it better.”

He was winning a charity kickball game when found out Meek Mill was talking shit about him on the Internet. That’s when he tuned into New York radio station Hot 97 to listen as DJ Funkmaster Flex played the “reference tracks” that allegedly backed up Mill’s claim that Drake uses ghostwriters:

“I was at a charity kickball game – which we won, by the way – and my brother called me. He was just like, ‘I don’t know if you’re aware, but, yo, they’re trying to end us out here. They’re just spreading, like, propaganda. Where are you? You need to come here.’ So we all circled up at the studio, and sat there as Flex went on the air, and these guys flip-flopped [about how] they were gonna do this, that and the third.”

Drake doesn’t provide further context for the reference tracks, but elaborates on his creative process:

“It’s just, music at times can be a collaborative process, you know? Who came up with this, who came up with that – for me, it’s like, I know that it takes me to execute every single thing that I’ve done up until this point. And I’m not ashamed.”

“It’s never about toughening up. I don’t even know if that’s, like, cool, being tough and shit… Not being vulnerable is never gonna be my thing. I’m always going to share with you what’s going on in my life.”

Drake The Fader Views From The 6