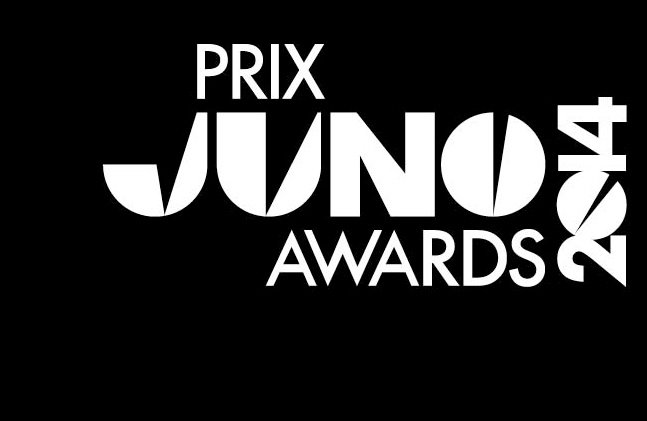 The 2014 Juno Awards are in the books, and this year’s darlings were Calgary-bred twin-sisters Tegan and Sara – three-time winners in a year when the indie duo finally “broke through” or “crossed over” in a major way with their pop album, Heartthrob.

Near-universal appreciation for the sisters aside, it’s hard for most Canadian music journalists to contain their snark during the annual broadcast (see Twitter), and that’s because the Junos – held this year in Winnipeg – have some very real problems, two that seem the most immediately problematic.

The first is that if you watched them with the sound off, you really would not know what year you were in. Serena Ryder won Junos last year Serena Ryder won Junos this year (she also co-hosted). Classified performed at the Junos last year, and there he is performing (and hosting) again this year. There’s Sarah McLachlan at the piano and there’s Kardinal Offishall making a special appearance. There’s Justin Bieber winning the fan choice award. The Junos, more than most awards shows, seem to get stuck on familiar faces and deny new, exciting artists the opportunity to perform or present in favour of people that were relevant two decades ago (the Raine Maidas) or buzz-worthy three years ago (the Sheepdogs).

The second is the appalling lack of diversity. Again, like last year, there were only white performers. Is CTV afraid that channel-surfing Canadians will flip away from a non-white face? Uncomfortable question, but one that the Junos forces us to ask year after year.

But, despite the bad and questionable, there were moments, as always, that inspired us and reminded us why we love Canadian music so much. Here, our top 5 moments from Junos 2014.

1. A Tribe Called Red wins breakthrough group of the year

The Ottawa trio has had a hell of a run the past year and a half or so. Two excellent albums, two appearances on the Polaris Prize shortlist, a Now magazine cover. And, it actually didn’t take the Junos too, too long to catch on. The Ottawa electronic, pow-wow-step musicians are always diplomatically political, and their acceptance speech last night was no different. Said Deejay NDN, “To Native youth everywhere…this moment right here is proof that whatever moments you strive for in life are completely attainable.”

Such a shame they weren’t asked to perform.

It’s beyond me that in 2014 they still don’t announce rap recording of the year on the Sunday night show. And even more perplexing that songs are pitted against albums in a strange apples vs. oranges, impossible-to-adjudicate fashion. But, this year’s outcome was at least satisfying. Three years after Shad upset Drake for the win (the night Drizzy hosted, no less), Drake finally won the category for September’s Nothing Was The Same. We loved Shad’s Flying Colours just as much, but this makes for a fun and healthy rivalry, no? To Drake and Shad: keep releasing albums the same year, please.

Artist of the year winner Serena Ryder had kind words to say about Justin Bieber after he was booed for winning the fan choice award (Bieber was not there.) “I really think that Justin Bieber is an amazing musician and he deserved every bit of that award because he’s been working his ass off his entire life and we need to support how awesome he is,” she said. Well, we’re not totally sure about that. And maybe Ryder was just trying to sway some of those Beliebers into her camp (can you blame her?). But we are sure that booing someone who you consider immature is equally immature. And it was very cool of Ryder to say the hard, unpopular thing in that moment.

The Sheep Dogs, Matt Mays and Travis Good from the Sadies performed a nice Let It Ride tribute to Bachman-Turner Overdrive earlier in the show, but it was way cooler when BTO themselves closed the show with Takin’ Care of Business.

After being shut out of five previous career Juno nominations, Tegan and Sara finally took home the hardware – for pop album, single and group of the year. Even better than their heartfelt speeches and solid comedic sketches, though, was the duo’s performance of their hit, Closer, with Toronto’s Choir! Choir! Choir!, who joined them onstage and added some Glee-ish oomph to the hit single.

Walk Off the Earth

SINGLE OF THE YEAR

What I Wouldn’t Do, Serena Ryder

INTERNATIONAL ALBUM OF THE YEAR

Take Me Home, One Direction

The Truth About Love, P!nk

ALBUM OF THE YEAR (SPONSORED BY MUSIC CANADA)

Loved Me Back to Life, Céline Dion

Nothing Was the Same, Drake

To Be Loved, Michael Bublé

ARTIST OF THE YEAR

GROUP OF THE YEAR

Walk Off the Earth

SONGWRITER OF THE YEAR (SPONSORED BY SIRIUSXM CANADA)

COUNTRY ALBUM OF THE YEAR

Started With a Song, Brett Kissel

ADULT ALTERNATIVE ALBUM OF THE YEAR

Shut Down the Streets, A.C. Newman

ALTERNATIVE ALBUM OF THE YEAR (SPONSORED BY LONG & MCQUADE)

POP ALBUM OF THE YEAR (SPONSORED BY TD)

To Be Loved, Michael Bublé

VOCAL JAZZ ALBUM OF THE YEAR

CONTEMPORARY JAZZ ALBUM OF THE YEAR

Mirror of the Mind, Earl MacDonald

TRADITIONAL JAZZ ALBUM OF THE YEAR

INSTRUMENTAL ALBUM OF THE YEAR

FRANCOPHONE ALBUM OF THE YEAR (SPONSORED BY FESTIVAL DU VOYAGEUR)

CHILDREN’S ALBUM OF THE YEAR

CLASSICAL ALBUM OF THE YEAR: SOLO OR CHAMBER ENSEMBLE

Liszt at The Opera, Louis Lortie

CLASSICAL ALBUM OF THE YEAR: VOCAL OR CHORAL PERFORMANCE

CLASSICAL COMPOSITION OF THE YEAR

RAP RECORDING OF THE YEAR

WINNER Nothing Was the Same, Drake

In My Opinion, Rich Kidd

DANCE RECORDING OF THE YEAR

WINNER This is What it Feels Like, Armin van Buuren & Trevor Guthrie Armada*Sony

R&B/SOUL RECORDING OF THE YEAR

There’s Only One, Kim Davis

REGGAE RECORDING OF THE YEAR

Burn Me Down, Inez Jasper

Come Cry With Me, Daniel Romano

So Say We All, David Francey

Don’t Get Too Grand, Donovan Woods

Volume One, The Devin Cuddy Band

WINNER We Still Move On Dance Floors, The Strumbellas

Island of Echoes, The Wilderness of Manitoba

BLUES ALBUM OF THE YEAR (SPONSORED BY GALAXIE, YOUR MUSICAL UNIVERSE)

Come on Down, David Gogo

WINNER Can You Hear the Music

My Guitar’s My Only Friend, James Buddy

CONTEMPORARY CHRISTIAN/GOSPEL ALBUM OF THE YEAR

Lamentation of Swans – A Journey Towards Silence Azam Ali and Loga R.Torkian

Jumbie in the Jukebox Kobo Town

JACK RICHARDSON PRODUCER OF THE YEAR (SPONSORED BY SLAIGHT MUSIC)

RECORDING ENGINEER OF THE YEAR

RECORDING PACKAGE OF THE YEAR

VIDEO OF THE YEAR (SPONSORED BY MUCHFACT, EXCLUSIVELY FUNDED BY BELL MEDIA)

Friend of Mine, Briin ‘Briin?’ Bernstein & Daniel AM Rosenberg (D-Sisive)

King and Lionheart, WeWereMonkeys (Of Monsters and Men)

ELECTRONIC ALBUM OF THE YEAR (SPONSORED BY ROLAND)

METAL/HARD MUSIC ALBUM OF THE YEAR

ADULT CONTEMPORARY ALBUM OF THE YEAR

In My Head, Alysha Brilla

Loved Me Back To Life, Céline Dion

The Year He Drove Me Crazy, Coral Egan

WINNER A Christmas Gift To You, Johnny Reid