The 5 best things we saw last night at NXNE (Friday) 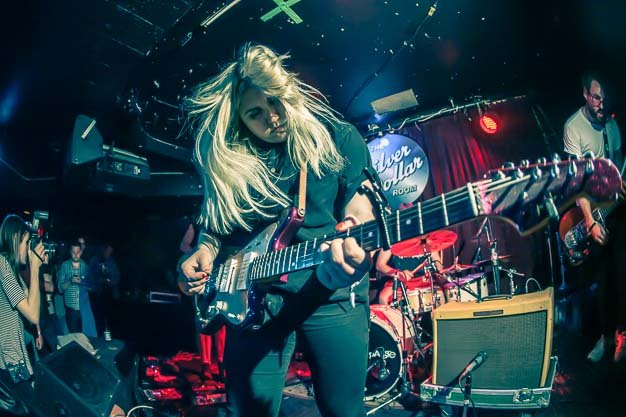 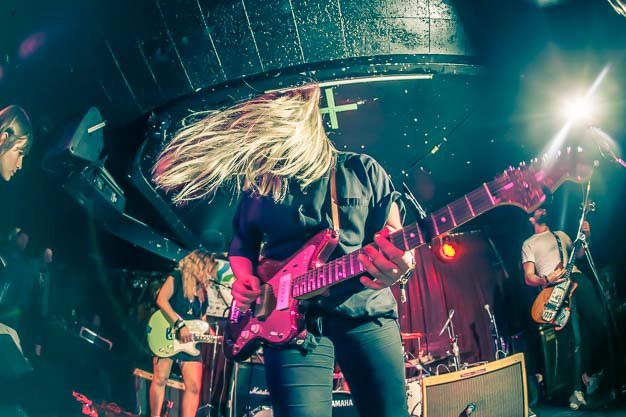 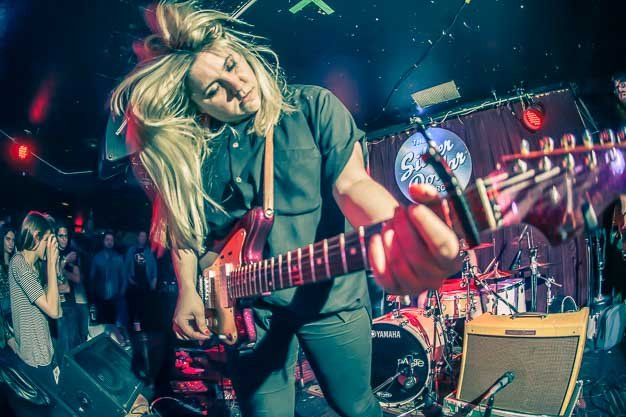 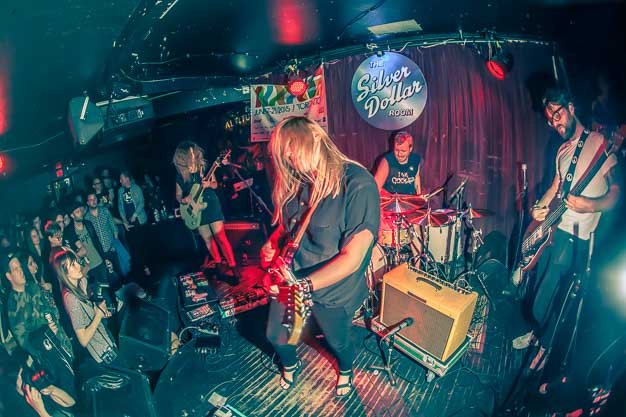 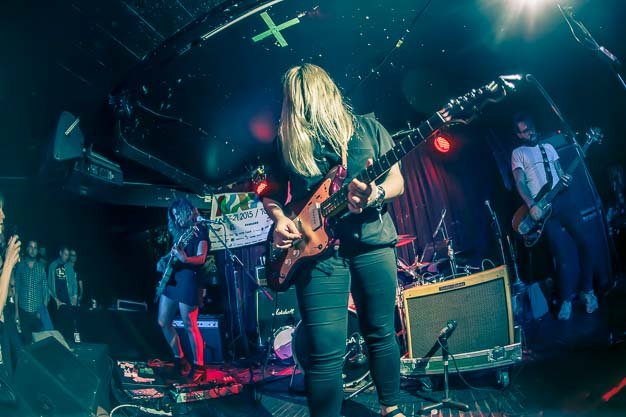 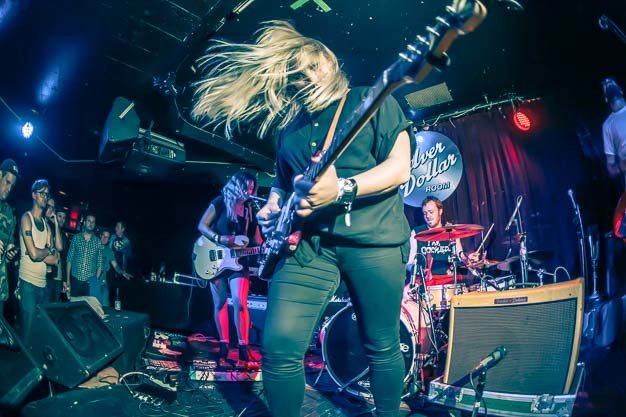 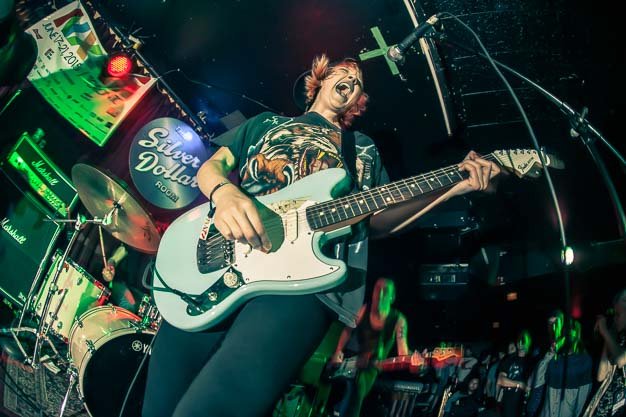 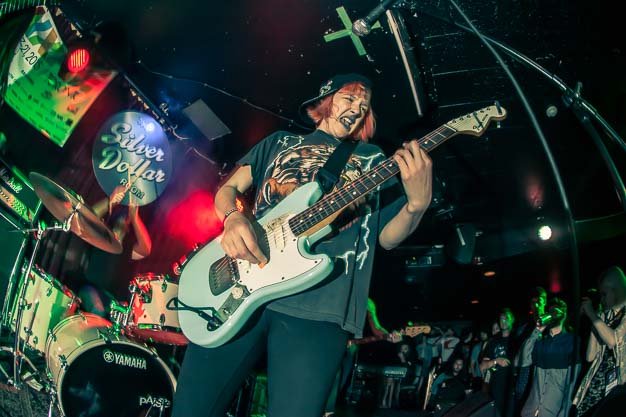 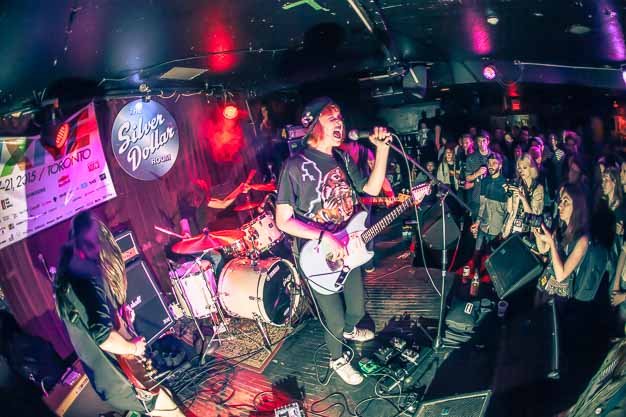 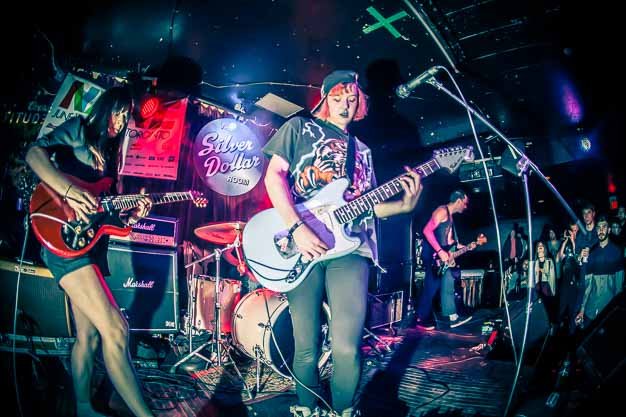 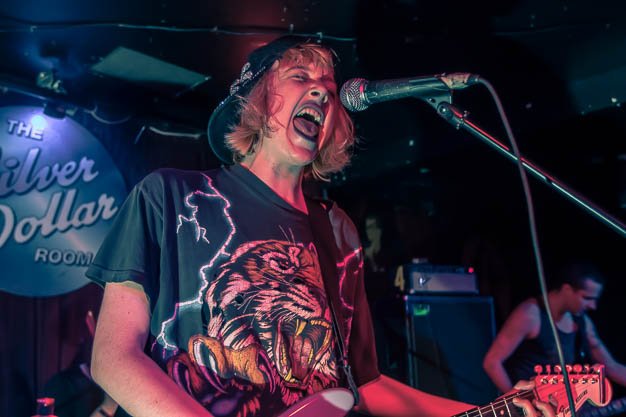 “There are a lot of girls on this stage tonight,” says Dilly Dally’s Katie Monks, wearing a baseball cap with the word “BOSS” bejewelled on the back. “A lot of cool ladies.” Indeed, last night’s show at the Silver Dollar showcased the best in cool ladies who rock: shoegazin’ Vallens, ex-Vivian Girl Cassie Ramone, post-punks No Joy. But it was Dilly Dally that stole the show with their loose and wild set of chugging guitars equally indebted to shoegaze and grunge. Every time the local foursome plays, it honestly sounds like they’re getting better, bigger and brighter.

Not having announced new music, Bradford Cox’s Atlas Sound project stood out on this year’s NXNE bill as a name that seemingly had no commercial interest in playing a show. And the show he played was the furthest thing from commercial. The Deerhunter main man sat in front of a table of samplers and beat makers – the brim of his cowboy hat casting a shadow over his eyes – and sang trance-like over a heavy, heady collage of industrial grooves, droning noise and sticky sound effects that bounced from one speaker to the other. It was detailed, emotional and confounding music that felt like a palette cleanser for music festival sensory overload. 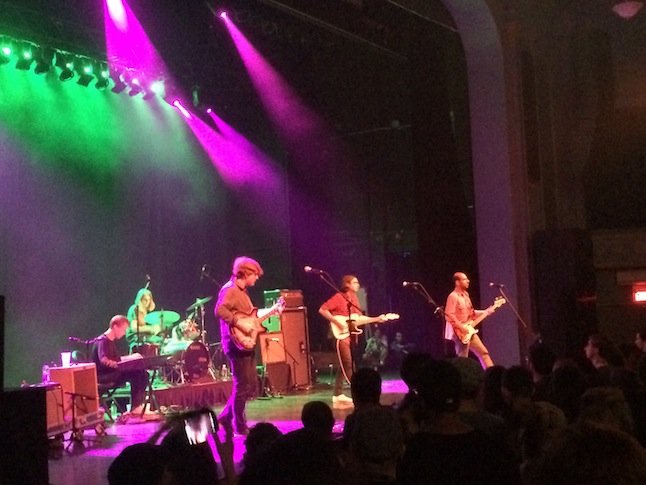 It wasn’t quite dancing: that implies a set of varying movements. Real Estate fans, including a large amount of couples, looked lackadaisical while moving back and forth in harmony during the band’s headlining set at the Danforth Music Hall. The crowd’s languid moves were as hypnotic as the sounds they were celebrating. By the same token, it wasn’t clear if fans were enjoying the set or just doing their best Weekend At Bernie’s impression. Although Real Estate’s songs also lacked variety (the shifting Had To Hear was a highlight), by the end of their hour-long set most of us could not resist the sway.

Giving the lie to Liturgy

Okay, so this one is kind of a cheat. But the best thing I saw was really the worst thing I saw, which was Liturgy at the Opera House. Since everyone started wetting the bed about Aesthethica in 2011, the Brooklyn-based experimental black metal band has been the subject of plenty of debate. Like Deafheaven, it’s usually some boring emperor’s-new-clothes thing: are these guys a really interesting, popular black metallish band? Or just cool guy posers cannibalizing a scene a lot of people care about?

Every time I see Deafheaven, I’m convinced it’s the former – that they’re actually a good, interesting band. Last night, any sense I had that Liturgy was anything other than a joke was totally dispelled. They’re bad. Like, they suck. Their math-rocky time signatures didn’t click live, and Legolas-looking frontman Hunter Hunt-Hendrix can’t even sing black metal vocals live. I pushed my way to the front for raucous instrumental closer Generation, a staple on my gym-metal mixtape, to see if the band sounded any better. They did. But not by much. It may not have been a “best thing I saw” thing. But being validated that a band you were so-so on is actually full of shit feels pretty good, in its own way.

Headliners OM, however, were terrific. Hearing them work through Meditation Is The Practice Of Death made me consider abandoning metal entirely and just heading to a Ten Thousand Villages and arm-barring all the Buddhist meditation CDs into a shopping cart. That’s real experimental metal: probing, expansive, unpredictable.

Many of the bands playing NXNE are seasoned purveyors of a particular tradition, dedicated to mastering a set of conventions and exploring the nuances of the genre. Jean-Sebastien Audet’s approach is something like the inverse: the Un Blonde leader devours whole worlds of sound, incorporating an array of generic conventions and transforming them into a wholly idiosyncratic body of work that is astoundingly mature and wide-ranging for a guy who just turned 19. And like a shark, he needs to keep moving, every song a bridge to something farther out, every show another incremental surge in the rapidly expanding universe.

At the band’s long overdue Toronto debut (a highly anticipated show at Silver Dollar earlier this spring fell through) they did not disappoint. The strangled guitars,  falsetto melisma,  wub-wubbing keyboard and spacious slow-mo(torik) drums combined to make music that was sharp-cornered and clear-toned, resolutely open-ended and emotionally raw. Can you imagine Prince being backed up by Swell Maps? Me neither, but Audet can, and that’s the difference between him and us.

It was also, Audet told me later, their last time playing this set of songs with this configuration of players, and so “first show” also counts as “only show.” Fearlessly dedicated to ripping it up and starting again, Un Blonde have always just played their best set ever, and are always about to play an even better one.