The anti-politician: Justin Trudeau and the politics of spectacle

Real Change™ looks terrific, but no crockery is going to be broken 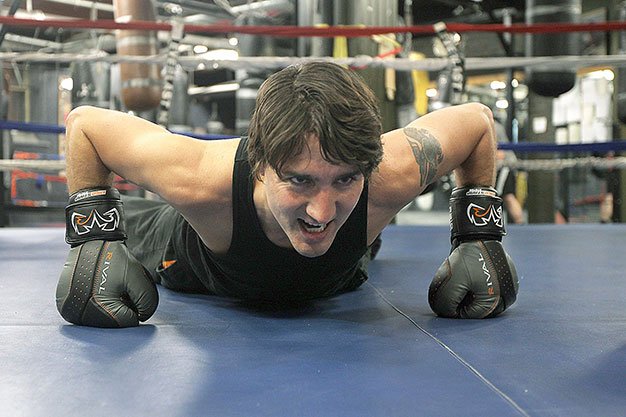 Despite its contradictions, or perhaps because of them, the Trudeau brand has proved an effective electoral vehicle.

Over the past 11 weeks of federal campaigning, which concluded with a surprise Liberal majority Monday, voters who disliked the Conservatives were probably able to find something they approved of within its ethereal contours. The widespread celebrations on election night as the major television networks called the Liberal victory certainly suggested that all manner of anti-Harper sentiments had been successfully harvested by the Trudeau brand.

But there’s more to all of this spectacle, because brands are always engineered with a specific purpose in mind.

In an essay published in the Globe and Mail immediately following his leadership victory in 2013, Trudeau appealed to the struggling Canadian middle class but also addressed these words to the business community:

“National business leaders and other wealthy Canadians should draw the following conclusion, and do so urgently: If we do not solve [the problems facing the middle class and low-income earners], Canadians will eventually withdraw their support for a growth agenda. We will all be worse off as a consequence…. Deepening anxiety yields deepening divisions in every society, and we are not immune to that vicious cycle here in Canada. We will begin to vote for leaders who offer comforting stories about who to blame for our problems, rather than how to solve them.”

The problems facing the Canadian lower and middle classes, it seemed – faltering incomes, concentration of wealth at the top, household debt, poverty – were seen not only as instances of injustice to be overcome, but as potential impediments that traditional elites needed to address lest the disadvantaged “withdraw their support for a growth agenda.”

As the campaign drew to a close, Trudeau even earned the endorsement of Canada’s aristocratic laureate-in-residence Conrad Black, who praised him for “regaining the old Liberal dexterity of being just far enough to the left of the Conservatives [but] adequately to the right of the NDP not to frighten the cautious Canadian bourgeoisie.”

Addressing a huge crowd in Montreal in the early days of 2014, Trudeau explained his party’s economic ethos thusly: “Too much government is an enemy of freedom and opportunity, but so, too, is too little. Governments can’t do everything, nor should they try. But the things [government] does, it must do well.”

Nothing in what Trudeau said evoked ideological commitment. The words were a kind of choose-your-own adventure in which any sympathetic person might find her political proclivities – for a more or less activist government for higher or lower taxes for a larger or smaller welfare state – represented somewhere between the lines.

The 2015 campaign featured an abundance of such bromides: we learned that Trudeau would grow the economy “not from the top down, but from the heart outwards” that “we are who we are and Canada is what it is because in our hearts we’ve always known that better is always possible” and that “history shows that this country works best when we all work together to solve the problems that matter most to Canadians.”

These sentiments are reassuring and attractive in spite of, or perhaps because of, their near total formlessness.

Trudeau’s platform reflects the same penchant for ideological malleability. It was for this reason that he could propose to “tax the 1 per cent” and then chide the NDP as anti-business for saying it would raise taxes on corporations and that this would hold back investment and growth.

He attacked universal childcare as a subsidy for the rich, despite the Liberals having repeatedly campaigned on a similar plan in previous elections. He resolutely opposed deficit spending one day, then became its passionate advocate the next. He charged that the NDP would introduce “austerity” and then offered up a fiscal plan that included $6.5 billion in cuts down the road.

During this campaign and throughout the past year, Trudeau’s most frequent response to criticism has been that others are “playing politics” or being “divisive.” A more correct phrasing might be that others are doing politics – that is, taking relatively clear ideological positions that aren’t shared by everyone and then defending them.

If this election has been any indication, Trudeau’s preference is to do neither, favouring instead an image-conscious approach that shows him doing Cool Regular Guy Things™ like hiking, boxing and kayaking, as if he were somehow above the adversarial contest of politics altogether.

Perhaps his most talked-about debate moment came in reply to an attack from Thomas Mulcair about the Liberal record on civil liberties, past and present. His response, delivered with great rhetorical flourish, amounted to saying he was proud to be his father’s son. The challenge to the Liberal record on civil liberties – from the War Measures Act to Bill C-51 to enlisting former police chief Bill Blair as a star candidate – was dissolved instantly, like a sugar cube dropped into a boiling cup of tea.

Occasionally, Trudeau’s statements give us a peek behind his groomed personal brand. Nowhere was this more evident than in his defence of voting for Bill C-51, in which he conceded the election was his motivation.

“I do not want this government making political hay out of an issue … or trying to, out of an issue as important as security for Canadians… This conversation might be different if we weren’t months from an election campaign, but we are.”

Others, he would later say, were “playing politics” for criticizing this position.

In the early 1970s, after the electoral victory of someone else named Trudeau, Charles Taylor wrote the following of the mythical federal campaign of 1968:

“The Trudeau image offered all the excitement of change… while offering the reassurance – which the average man could read in the benign reactions of power and privilege – that no serious challenge would be offered to the way things are. The act looked terrific, but everyone knew that no crockery was going to be broken. Everyone could relax and indulge the yearning for change without arousing the fear of novelty.”

On Monday, Canadians decisively put an end to nearly a decade of Conservative rule by giving Justin Trudeau and the Liberals a formidable majority. Real Change™ certainly looks–terrific, but no crockery is going to be broken.

Luke Savage is a former assistant to former NDP MP Mike Sullivan. He was the provincial NDP candidate in St. Paul’s in 2014.