The art of Loving 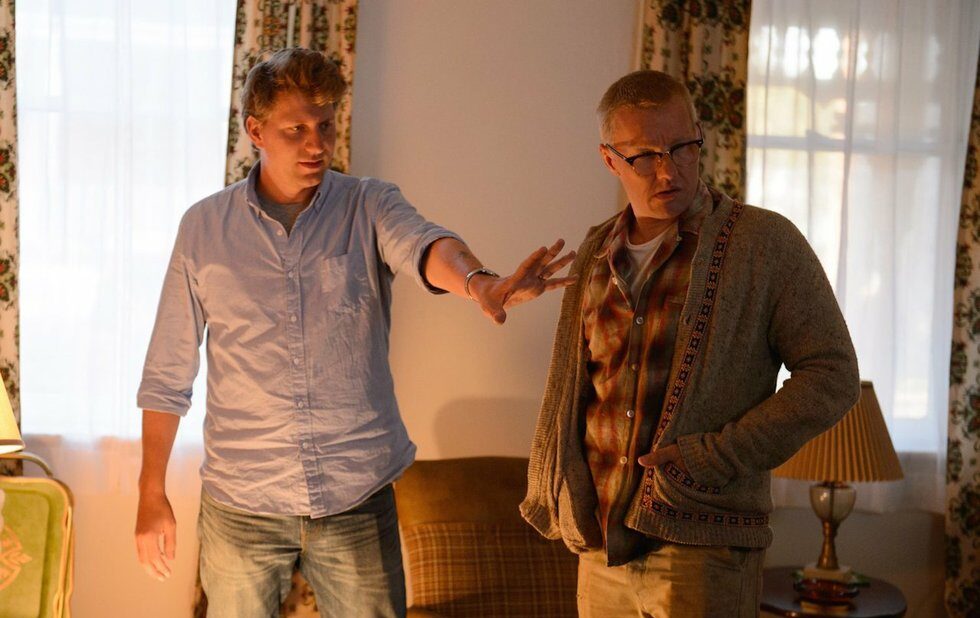 Two years ago, Jeff Nichols was proud to serve as best man at his childhood best friend’s wedding, a same-sex marriage that took place in upstate New York. One groom was from Arkansas, the other from Texas, and Nichols remembers his frustration that the wedding couldn’t take place near home for either husband since same-sex marriage had yet to be recognized in either state.

“I was very, very proud to stand next to him,” Nichols recalls during our interview at TIFF. “I also felt disappointment in my state and country. I was disappointed in who we were being at that time.”

Nichols had the conversation around same-sex marriage in mind when making Loving, his tender and moving look back at Richard and Mildred Loving, the interracial couple who spent years away from their home in Virginia because their marriage meant jail time there. The Lovings’ right to be married went to the Supreme Court, which in 1967 decided that anti-miscegenation laws, a relic of slavery, were unconstitutional.

The Lovings became a powerful symbol in the civil rights movement, but Nichols’s film is inspiring because he finds the heart of his story in the resilient and intimate bond between the two individuals and lets the grand politics play out almost tangentially. Like most interracial couples, the Lovings were only a novelty or political statement to an outsider’s gaze. To each other, they were simply committed partners.

“The fact that these people were a couple first and a symbol second is very important,” says Nichols. “Their marriage was not an act of defiance. It really was an act of love. It felt important to stay committed to the specifics in their life, what they were dealing with throughout this near-decade. That was the guiding principle, the specificity of who they were.”

As their love story becomes better known, Nichols hopes the dynamic between the Lovings will affect political and social conversations he can’t anticipate. Same-sex marriage was legalized across the U.S. as the film was being made. Meanwhile, racial tensions have intensified.

“Look at where we are today as opposed to where we were when we screened the film in Cannes in May,” says Nichols, pointing to the police killings of Alton Sterling and Philando Castile and the response to them by Dallas shooter Micah Xavier Johnson, who killed five officers.

“Already, the conversation has shifted and evolved. Those moments were a sea change. The film belongs to the audience now, and they’re going to reflect what they need to.”

The movie is also entering an awards season after two consecutive years when #OscarsSoWhite dominated the conversation on the film industry’s diversity problem. Loving is by no means a response to that hashtag (it began development in 2012), but Nichols and actor Joel Edgerton welcome the association.

“There’s no avoiding being drawn into the debate” says Edgerton, who stars opposite Ruth Negga as Richard Loving. “And I think the debate is fantastic. It’s a shame that you have to bean-count how many Black directors there are or how many Asian actresses have been nominated for an Oscar.

“One day we hopefully won’t need to look at statistics. We will look at movies and see that they represent the tapestry of what you see on the street, in an office building, general communities.”

Edgerton is wary of a half-hearted response from Hollywood, a scramble to start representing diversity only because the system has been called out. At the same time, if that’s the only way to get things done, he sees it as a positive thing.

“It will be really interesting to look at the graphs and numbers for next year, because studios are definitely like, ‘Oh yeah, pull out the scripts that deal with… you know… that.’”

He also recognizes that I’m discussing racial discrimination with two white guys who can voice their positions from a privileged platform. People who are systematically oppressed, in Hollywood or anywhere else, rarely have that option.

“As a white, middle-class guy growing up in Australia, I’ve never been told ‘Can’t do, can’t have, can’t be,’” says Edgerton. “My reaction to any mild form of injustice is to get ready to go to war: debate, get angry or fight if I have to. What’s sad about the constant oppression of a couple like Richard and Mildred is that they start to learn to shut up and lie prone. That’s the saddest thing about injustice.”

Don’t miss In Loving Colour: even in diverse Toronto, the pressure’s on five interracial couples