Known for his high-concept performances, the Montreal scratch DJ found a way to top himself for his new record 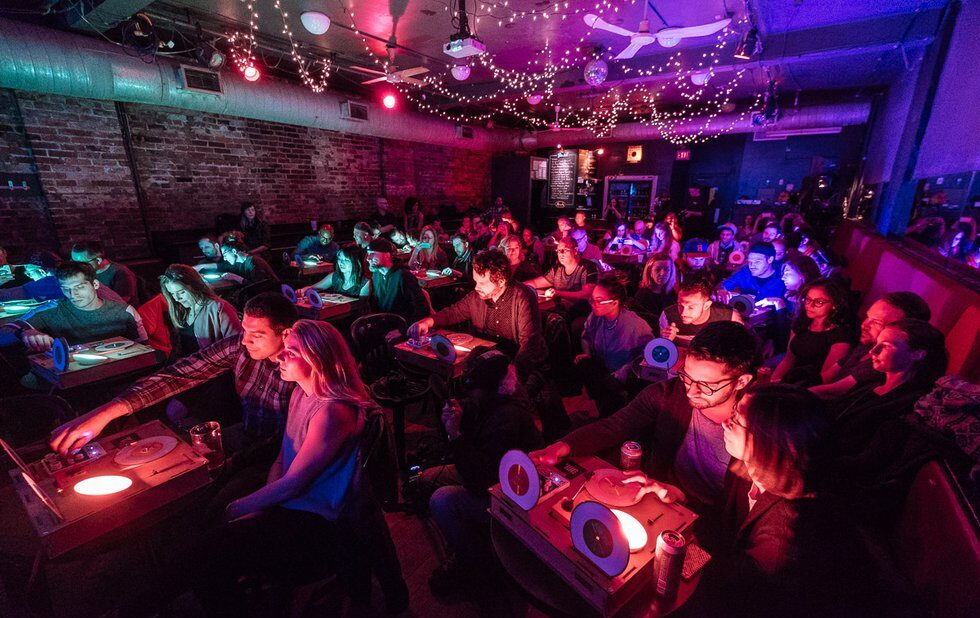 Montreal scratch DJ/producer/composer Kid Koala, born Eric San, spent the last three winters making the inaugural volume in a series of non-sample-based albums with that season in mind. Music To Draw To: Satellite is an ambient, downtempo and melancholy electronic concept album about lovers separated by a solo mission to Mars.

“But I know you wouldn’t go out to a show to listen to that,” he said at the Rivoli on Friday night, an album release concert also being recorded for the BBC. “I worry about you guys. So I thought, ‘Let’s enlist them. Let’s task them. Let’s give them an anxiety attack.’”

He put the full house to work. A turntable and multi-coloured custom 7-inch records sat on each of the 20 or so tables that filled the room, with two or three concertgoers per table. The show – the first of two that night, and the second of three nights, all sold out – opened with San instructing his fans from the stage on how to use the machines. 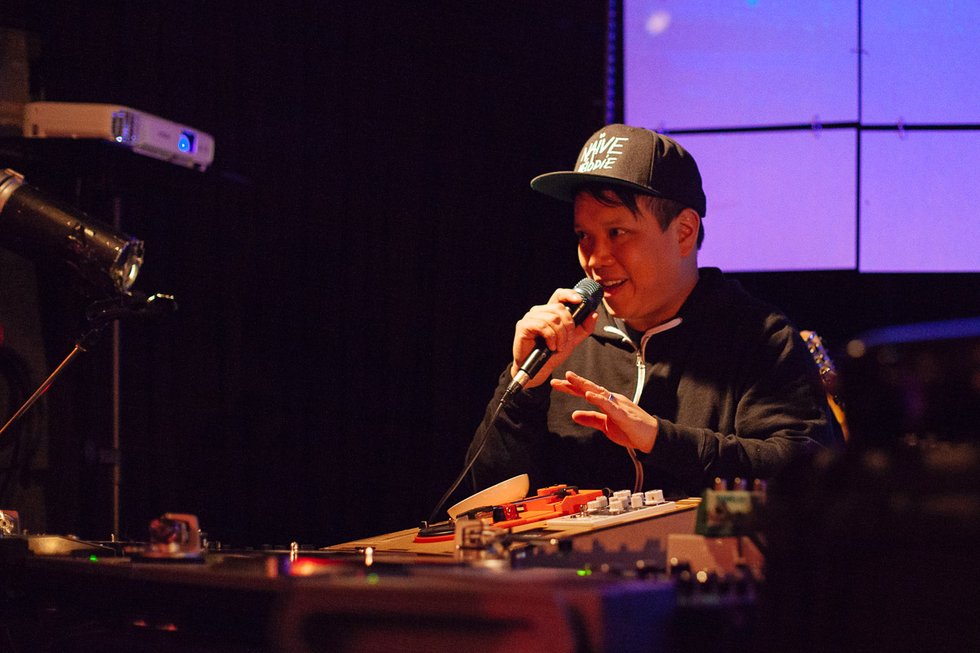 For the next hour, we created an ambient turntable orchestra never to be replicated again. A light on each machine, controlled off-site, indicated which record was to be played when: if a red light came on, you were to put on the red record. A purple light, the purple record. No one was allowed to touch the blue record till the end, insisted San, which added sweet anticipation.

First song The Observable Universe found the newbie turntablists getting their bearings, faces full of delight. Adrift brought in the gorgeous pre-recorded vocals of Icelandic singer Emiliana Torrini, featured throughout the album and set (one of the show’s rare non-live elements due to her being on tour), plus lots of old-school record crackling and heartbeat-like rhythms.

FALLAWAY had evocative piano that San played live, while “chemical puppeteer” Karina Bleau across from him on the stage created otherworldly projections, also live, using paint, chemicals, squeeze bottles and two fish tanks. He also got help from fellow musician Felix Boisvert, hard at work at the back of the stage and who sometimes acted as maestro.

Later, San DJ-battled with the crowd, bringing in electro beats and call-and-response complexity that didn’t quite pan out. Throughout, the crowd’s sonic contributions stayed relatively low in the mix but added an enveloping surround-sound quality. 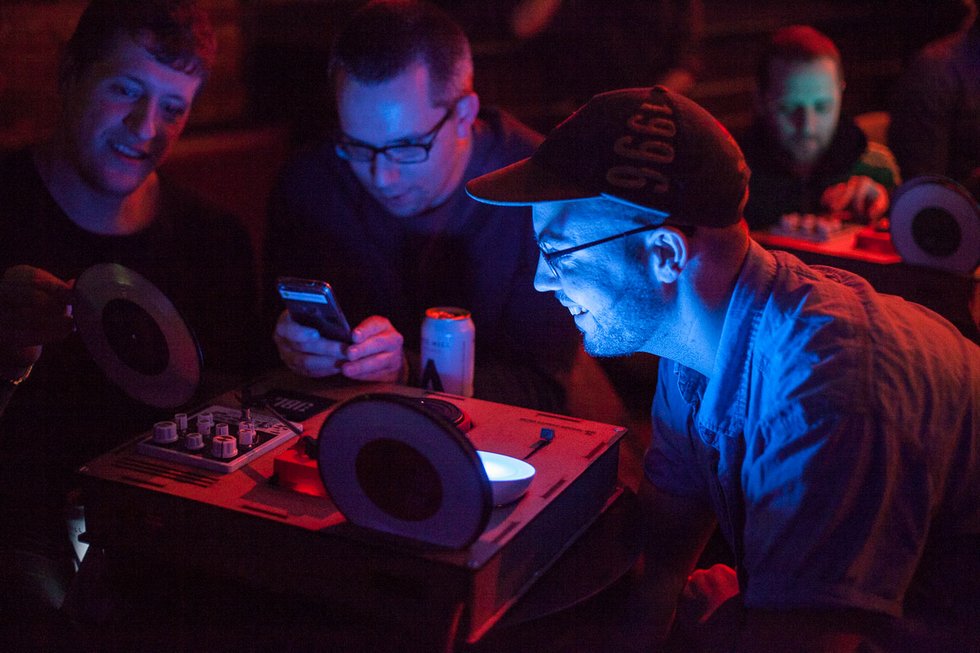 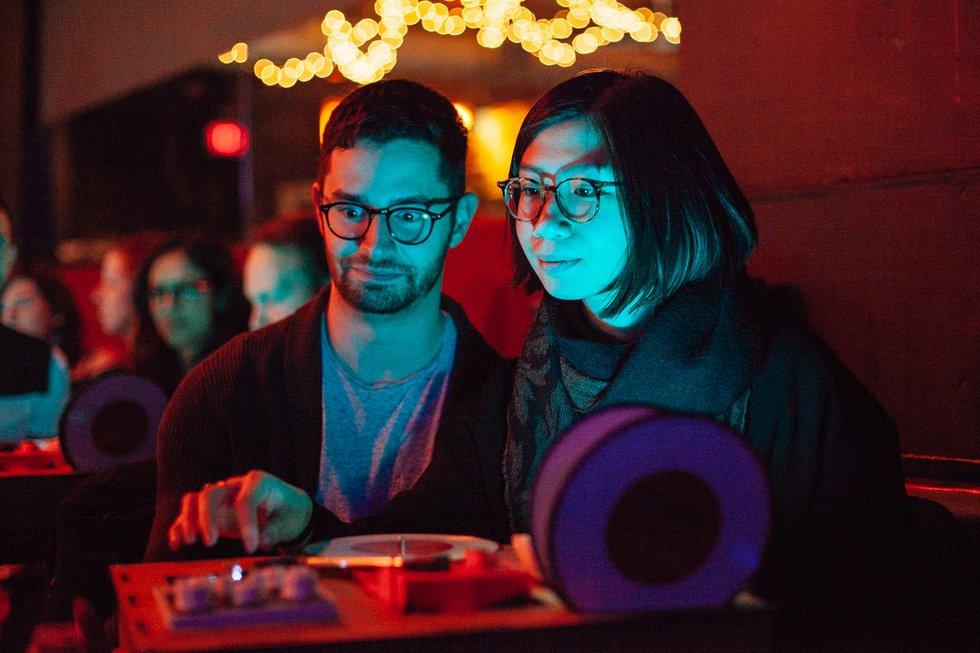 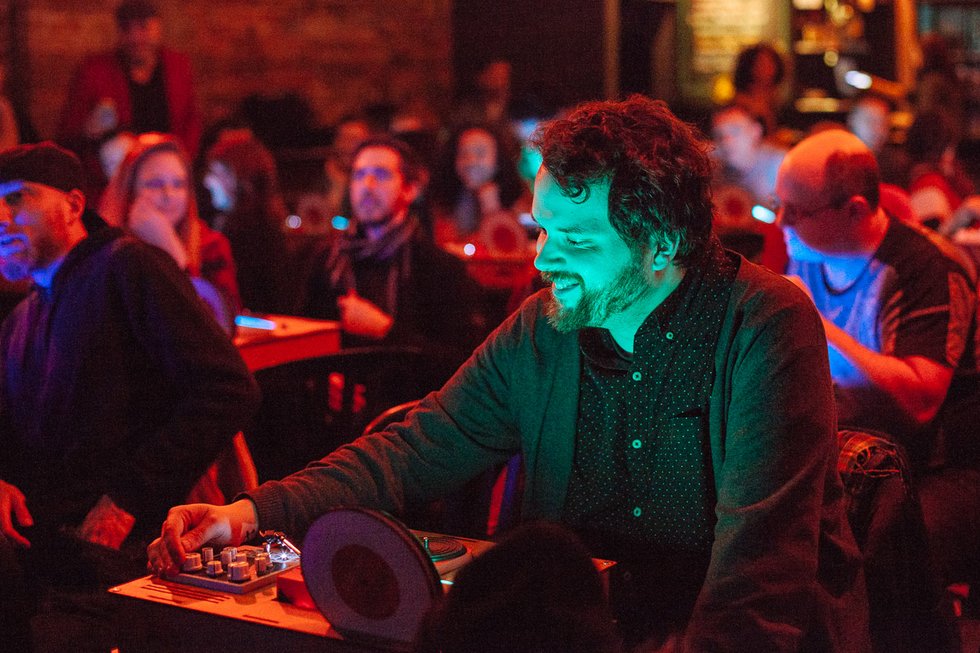 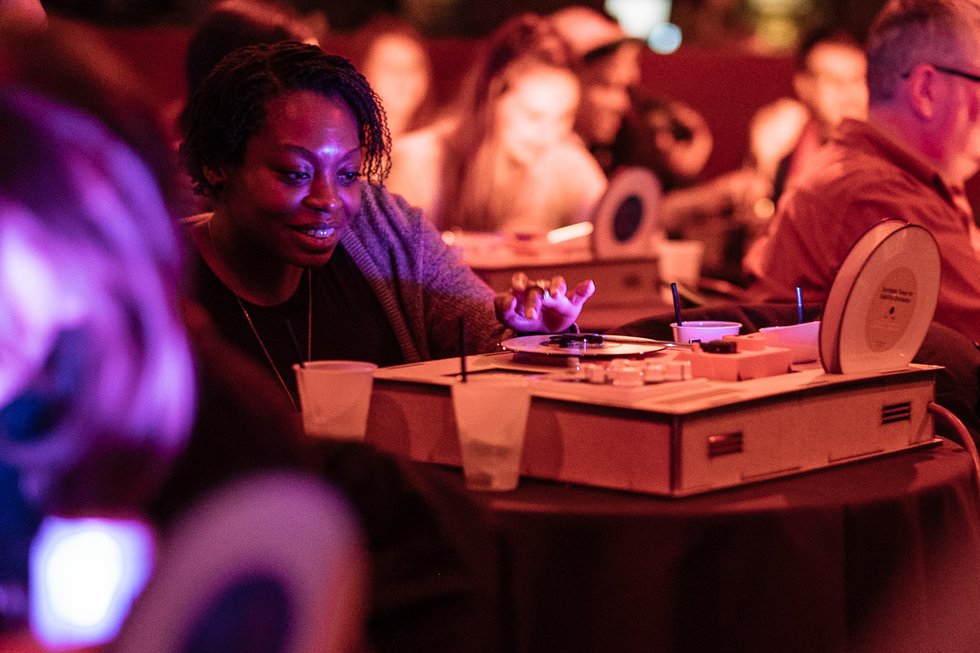 The show flew in the face of every cliché ever thrown at DJs: it was spontaneous, emotional, interactive and completely live. During the title track, Satellite, San simultaneously built a drum beat, typed out the song’s lyrics which then appeared on a large screen behind him, scratched a record, turned knobs and fed white cards through a magnetic card reader so as to alter Torrini’s vocals to sound as if they were being transmitted from outer space.

While that was easily the set’s most impressive section, the most fun came when he told us about getting a grant to make MIDI balloons, and then tossed two of them into the crowd. A loud, resonant ping arrived with each point of contact, and after several minutes of that, San teased us for our lack of rhythm. (“Thursday night’s crowd had way more groove.”) 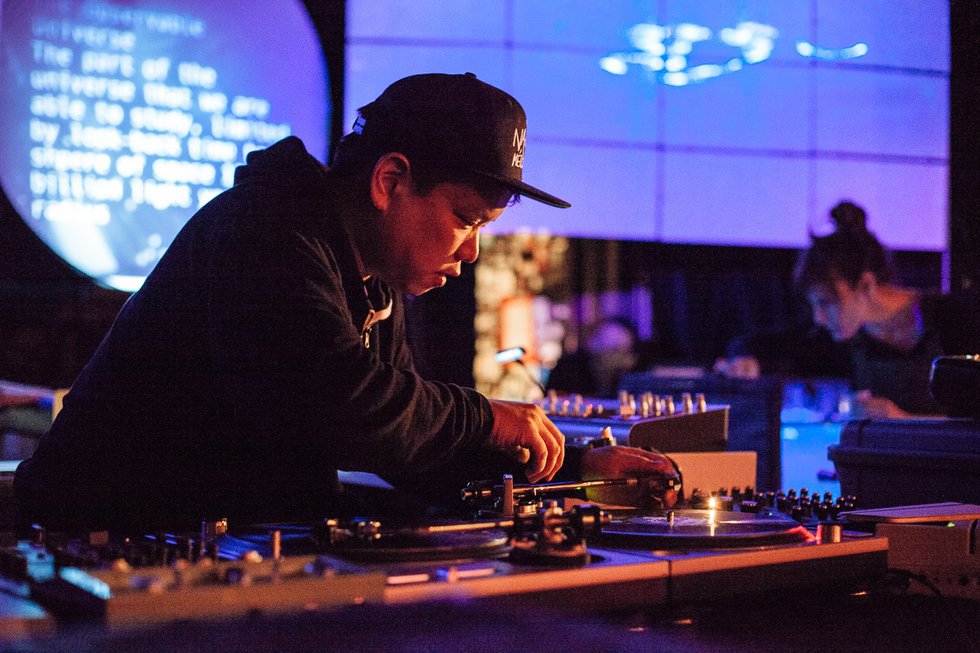 As for the most emotional? That came at the end, when San told us about his cousin, the family’s best artist, a loving guy who was always buying food for everybody and who had taught him how to draw when he was a child. He committed suicide not so long ago.

“I’m still processing it,” San said by way of apology for getting choked up. He leaned forward over his synths to hide his face. Then he started tender, meditative closer The Darkest Day. Its lonesome lyrics scrolled up the screen, giving the entire project a whole new context.

Near its end, a light finally cued the blue record we’d been waiting for. The volume in the club spiked dramatically and a bar of bright white lights came alive at the front of the stage as San, suddenly energetic and smiling, scratched like a maniac.

And that, my friends, is not only how you get through a dreary January in Canada, but through dark times in general. Let it out, share and create – together, if possible.