The Back of the Turtle

King of the GG 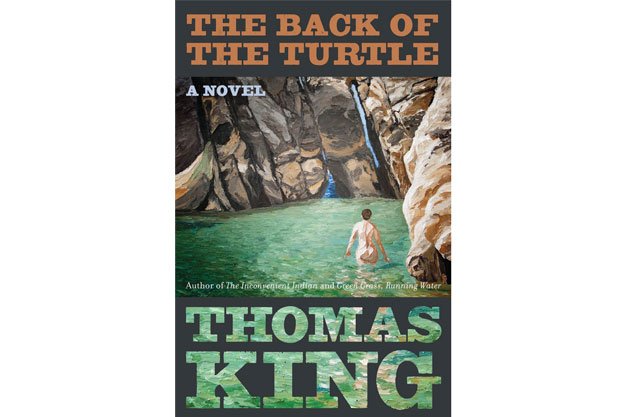 There’s a lot to like in Thomas King’s saga of environmental catastrophe and human resilience. But I’m surprised it took the Governor General’s 2014 fiction award. It’s a good read, but not close to being the best thing I’ve read this year.

The plot’s strong. Scientist Gabriel Quinn, developer of GreenSweep – an Agent Orange-like chemical that’s devastated his original BC coastal community, Samaritan Bay, and killed members of his family – returns to his hometown, where he plans to commit suicide. There he meets painter Mara, who has her own reasons for being guilt-ridden.

Meanwhile Dorian Asher, CEO of GreenSweep manufacturer Domidion, is trying to do damage control for another of his corp’s eco-disasters in the tar sands while wondering why his wife, on vacation in Orlando, isn’t answering the phone.

King’s characters are terrific, especially the wonderfully assertive Mara, the strangely gifted but haunted Sonny, who used to work at the now defunct motel, and the poetic Crisp, who’s doing what he can to keep up the spirits, in all senses of the word, of the Bay. That’s not easy. The town was once a vital destination for tourists wanting to watch sea turtles hatch, but the turtles are gone and the shores are covered in bones of dead animals caught in GreenSweep’s chemical wake.

Weirdly, the most appealing character might be baddie Asher, who roams the streets of Toronto trying to avoid his doctors, who may have bad news, and prefers to spend his time taking advantage of the perks of his obscene wealth.

Shifting back and forth through time and honouring the town’s aboriginal history, the narrative is tight and clips along, as Mara and Gabriel tell each other their backstories.

Some may find the ending inspiring, but I found it too tidy, and though King covers a lot of ground, he doesn’t dig into any of it too deeply.

HarperCollins The Back of the Turtle Thomas King