The best Jane100 events in Toronto

Jane Jacobs’s legacy lives on at these five community events 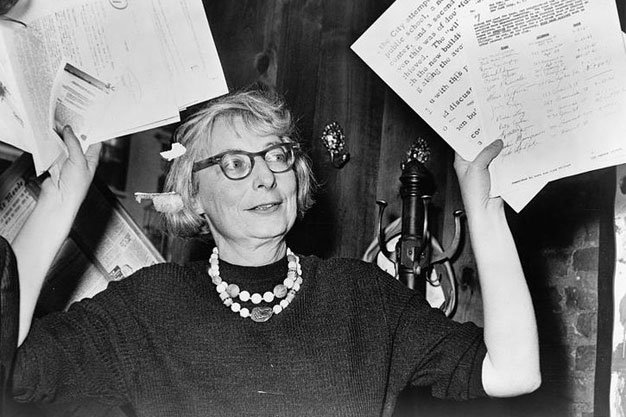 If Jane Jacobs was alive today, the activist, author and urban theorist would be celebrating her 100th birthday on May 4. Jacobs died in Toronto in 2006, but her legacy and influence on urban planning – in Toronto and cities across North America – remains strong.

Jane’s Walk, the annual citizen-led walking tour series, takes place May 6 to 8 this year, with more than 180 events planned for Toronto. [See this for a list of the best Jane’s Walk events.]

Additionally, to honour Jacobs in what would’ve been her 100th year, a number of Jane100 events are scheduled throughout the year. Here, we highlight five happening in May:

Raise a pint to Jacobs at this launch party for Jane’s Walk, presented by ERA Architects on May 5 from 6 to 11 pm. Held at the Fermenting Cellar in the Distillery District, the party will celebrate Jane’s legacy amongst Toronto architects, designers, thinkers and urban planners. Admission is free, although online registration is required, and there will be cake.

This weekly civic-tech meetup brings together a diverse group of people interested in solving urban challenges through technology, design and other creative ways. On May 10, the “hack night” will be led by McGill professor and geo-tech expert Renee Sieber. Meet designers, coders, urban planners, government workers, policy makers and more. The event takes place at Ryerson University. Register here.

The New Urbanism Film Festival comes to Toronto for the first time on May 26. The two-part mini fest features 30 short films on the theme of inspiring viewers to improve the communities they live in – not unlike Jane Jacobs’ legacy. Film screenings include Brooklyn Farmer, which follows a group of urban rooftop farmers in New York Neistat Bike Lanes Crashing, which takes on the pros and cons of designated bike lanes Streets of Art, which chronicles the ways in which streets artists contribute to neighbourhood revitalization and The Edible Bus Stop, a documentary about transforming neglected urban spaces into green space. The screening takes place at the University of Toronto’s Innis Town Hall and tickets are $12.

In partnership with Books on Bathurst on May 28, this free event combines cycling and reading while celebrating two authors: Jane Jacobs and June Callwood. The event begins with a reading at Fort York Library at 3 pm, followed by a stop at the Tollkeeper’s Cottage Museum and end June Callwood Park. Attendees are encouraged to ride bikes in between each reading.

In conjunction with Doors Open Toronto on May 28 and 29, this panel discussion unpacks Jane Jacobs’ idea that, “New ideas must use old buildings.” Taking place May 29 at 2 pm at the Masonic Temple (888 Yonge Street), the panel will be moderated by Denise Pinto and feature six speakers. The discussion will include how old buildings in Toronto are reused and its impact on the city’s urban landscape. This event is free and open to everyone.