Our faves of the festival 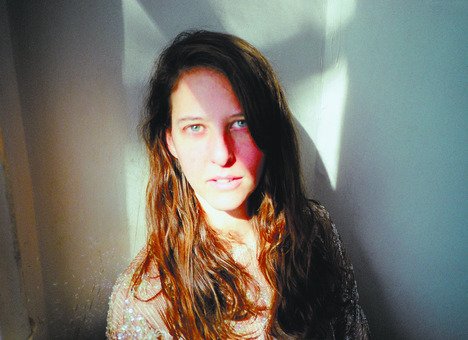 THE DIRTY NIL at Tattoo on Tuesday, May 6

The Dirty Nil (from Hamilton, admittedly) made a Tuesday night feel like a Saturday night. There’s something delightfully mischievous about rangy singer Luke Bentham, who moves and talks fast, swings his guitar around, channels Courtney Love when he sneer-screams and just flat-out entertains. Things also get pretty Weezerish, except when bassist Dave Nardi takes over lead vocals on Metzier-type fare. The Hamilton three-piece have a lot of enthusiastic fans, too, who will not only come see them early in the week, but also start a pit. Catch the Dirty Nil again on May 30. See listing.

TASHA THE AMAZON at Wrongbar on Thursday, May 8

Taking cues from Travis Scott, who scaled everything at the Opera House on Wednesday, Tasha the Amazon climbed multiple teetering objects during her 1 am set. Starting her show from atop the railing around the VIP area, she leaped down to the stage, and later performed atop a chair, and also on a table. Succeeding at manipulating the crowd from stirring to TURNT UP, she had a healthy buzz on as she performed songs from her mixtape FiDiYootDem, pouring a drink on the crowd, smoking weed and, yeah, missing a lyric or two along the way. By set’s end, there was grinding, girls making out, and a lot of smoke in the air. Success.

JENNIFER CASTLE at the Drake Hotel on Thursday, May 8

Kneeling down out of sight of most of the audience, Jennifer Castle relied almost exclusively on her haunting country-inflected vocals to charm the crowd, her minimalist finger-picked guitar patterns echoing away faintly in the background. It’s hard to say exactly what gives her eerie folk ballads such a hypnotic quality, but it’s working for us. See her at Feast in the East June 5.

Toronto party punks Pkew Pkew Pkew don’t care much for subtlety. During their frenzied 35-minute set, the five-piece fiercely screamed about boozing (choice lyrics include “we are getting drunk before we go out drinking”), whilst soliciting hand claps and beer from the riled-up audience. On several occasions, vocalist Brodie Bocelli catapulted himself out into the crowd, maneuvering a five-man support crowd surf and moshing his way atop the Silver Dollar’s bar. Although their gang vocals and revved-up guitar melodies can make every song sound like the same party anthem, their crazed fan base was obviously eating it up.

OWEN PALLETT at The Danforth Music Hall on Saturday, May 10

Fans crammed in so close to the stage at Owen Pallett’s release party for In Conflict that he joked they might want to consider moving back a little to avoid catching airborne vds from his spit. The audience cheers continued unabated, even when he had to double or triple start songs in order to get his loops set up right. Magician-like, Pallett casually sipped from his drink while his bandmates (Matt Smith and Rob Gordon, of his early 20s project, les Mouches) went crazy. The group’s sound is so massive and sophisticated now, that quieter moments at the beginnings of songs – with just violin and voice – often stood out as most poignant.