Here’s where to eat and drink in Toronto this summer

The Stop's Night Market has quickly become the must-have foodie ticket. Over two nights, chefs from over 40 restaurants and. 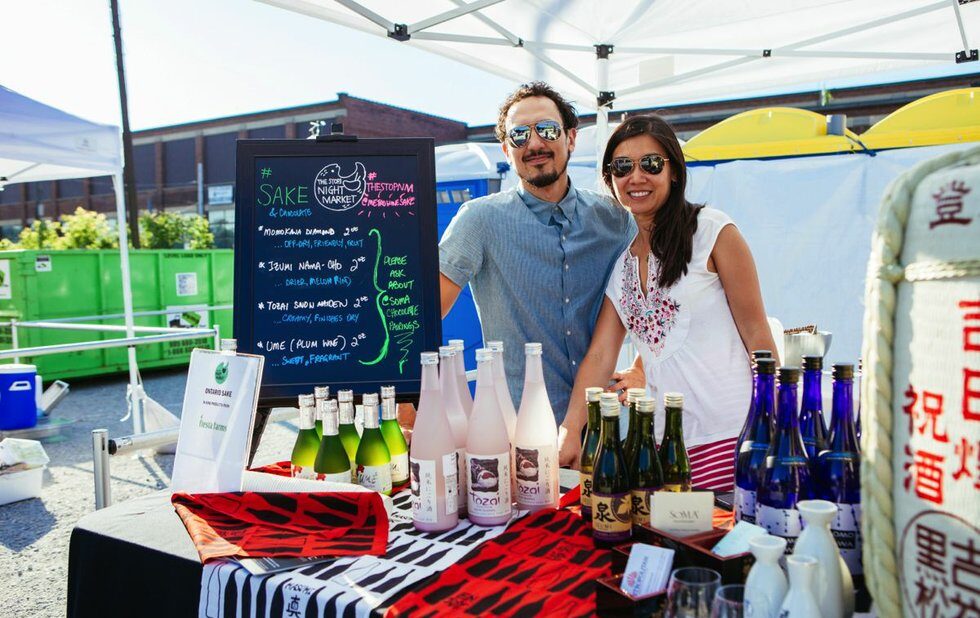 The Stop’s Night Market has quickly become the must-have foodie ticket. Over two nights, chefs from over 40 restaurants and bars including Oyster Boy, DaiLo, Baro, Soi Thai, Fat Pasha, Branca, Kanpai Snack Bar, Pizzeria Libretto and the Drake Commissary gather in an outdoor space to support The Stop Community Food Centre’s programs. This year it’s all happening on Sterling Road. Be there – the FOMO you’ll stir up amongst your social media followers is so worth the price of admission.

Savour Toronto hosts a bunch of local food tours worth investigating, like the Best Of The West, which takes you along Dundas West and Ossington, or Le Tour De Cafe, a coffee appreciation tour. But since Kensington appears to be going through yet another phase of development, why not dive into the flavours of this gem of a neighbourhood with co-founders Suzanne Urpecz and Neil Egan, nibbling all along the way?

In addition to the food, performances and community celebrations at Pedestrian Sundays in Kensington Market over the summer, Trashed & Wasted adds to the fun with a flea market and craft beer garden on select weekends. Launched by Brock Shepherd, the founder of Kensington Brewing Company, the pop-up event encourages waste reduction through recycling and reusing garbage. Earlier this year, Trashed & Wasted began hosting a culinary event at Wynchwood Barns, where participating restaurants were encouraged to cook dishes from typically discarded ingredients. The event also served spirits made from whey left over from cheese making and beer brewed from stale bread. At Pedestrian Sundays, Trashed & Wasted focuses on local artisans’ upcycled goods, including refurbished furniture and clothing. A themed beer garden showcases lesser-known breweries: one Sunday features a selection of out-of-town breweries that aren’t represented in Toronto another, hopefully with the launch of Kensington Brewing Company‘s brew house and tap room, hyper-local breweries. In September, as a nod to Oktoberfest, the beer garden has a Germanic feel. Find Trashed & Wasted behind El Gordo Fine Foods starting June 25.

If Toronto Beer Week seems a little too far away – the eighth annual event is slated for mid-September – quench your thirst with some hoppy brews at these craft beer festivals happening throughout the summer. Up first is the Toronto Craft Beer Festival, a showcase of dozens of local crafter brews, taking over Ontario Place on June 23 and 24. Now in its second year, the event offers samples from Ace Hill, Beau’s, Left Field, Side Launch and more, as well as food from Chef’s BBQ and Those Pizza Guys. From July 28 to 30, head to Exhibition Place for three days of tasting at Toronto’s Festival of Beer. Presented by the Beer Store, the event includes suds samples and live music by Sloan, Method Man, Redman, Alan Doyle and others. The Roundhouse Craft Beer Festival takes over Roundhouse Park just outside Steam Whistle Brewing from August 11 to 13. Try products by over two dozen craft brewers and nosh from a lineup of food trucks. After all, what’s better than sunshine, beer and street food?

Since 2014, the Society of Beer Drinking Ladies has been bringing together craft-beer-loving women, non-binary people and trans folks at one sold-out event after another. Though flooding has drowned their plans for the first-ever Island Lady Beer Fest, the show will go on as planned on the mainland. At afternoon and evening sessions at the newly-rechristened Off-The-Island Lady Beer Festival, visitors can sample their way through a lineup of guest brews, hit up food stalls and browse wares from local vendors.

Famously dry for decades, the Junction is now a hotbed of craft beer activity and excellent restaurants. Enjoy the west-end neighbourhood’s new identity as a drinking and culinary destination at the Junction Night Market on July 22. Organized by the Junction Farmers Market, the free festival takes over Pacific just north of Dundas West from 7 to 11 pm, with local food, beer and cider for $5 each. Proceeds go to local food security programs.

A glut of vendors, chefs and food producers showcasing the many facets of India’s rich culinary tradition will be taking over Nathan Phillips Square in August. Though the full lineup is still being put together, organizers promise a wide range of available eats, rounded out by cooking demonstrations, live music and cultural performances.

Ingredient lists aren’t required on alcoholic beverages, so the third-annual Vegan Food and Drink Festival is a sanctuary where vegans can roam free and wash down vegan wings and poutine and not worry about animal-derived products in their drinks ruining their buzz.

Craft beer is over, people! Now booze aficionados are getting ultra-nerdy about hard cider, the gluten-free beer alternative that’s equally refreshing during these hot months. Refine your palate and sample from 60+ taps filled with flavours from more than 20 cider brewers worldwide. Don’t miss the live music, contests and fierce cider competition.