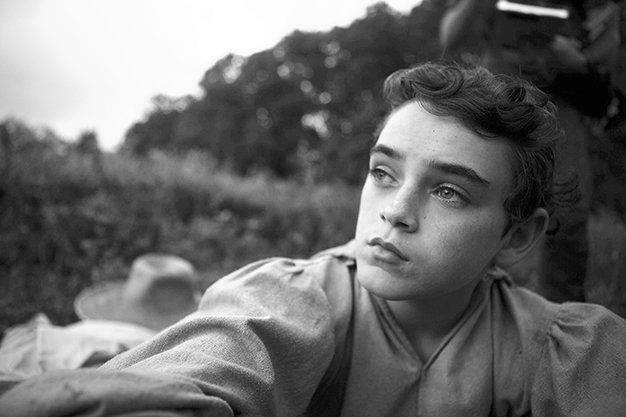 The Better Angels is what happens when someone tries to make a Terrence Malick movie without having the advantage of actually being Terrence Malick. The glorious sweep is there, but not the grace. It’s an impressionistic drama about a key year in the life of the young Abraham Lincoln – 1817, when young Abe’s mother died and his father remarried.

Writer/director A.J. Edwards at least comes by the Malick connection honestly. He worked on The Tree Of Life and To The Wonder, and Malick is credited as a producer here. But he’s still just borrowing his mentor’s style, and to no real end.

Edwards deploys all of Malick’s signature moves – swelling score, sun-dappled camerawork, hesitant voice-over narration – and even shoots in black-and-white for extra sobriety. But he lacks Malick’s innate sense of pacing and escalation, so individual scenes of farm life and adolescence hang limply when they should be building toward an ecstatic, revelatory climax.

Unmoored, the actors, including Braydon Denney as young Abe, Jason Clarke as his father, Brit Marling as Abe’s mother and Diane Kruger his father’s second wife, struggle to invest their characters with depth or even a semblance of personality.

They’re just there to twirl for us in period costume.