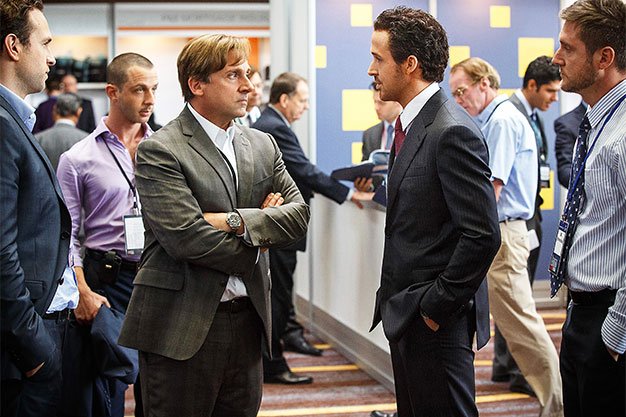 Amy Winehouse|A beautiful assassin (Shu Qi) is sent to kill the powerful lord who was once her betrothed.

Adam McKay has made politically conscious movies before, but they usually starred Will Ferrell, so the message might not have been obvious. Think about it for a second, though: The Other Guys is all about the financial sector’s parasitic exploitation of working Americans, and both Talladega Nights and Anchorman II fire warning shots about corporate interference in beloved American institutions.

With The Big Short, though, McKay abandons the broader, wackier beats to come straight at the corporate malfeasance and regulatory failures that led to the sub-prime mortgage meltdown of 2007-8. But rather than haranguing the audience for being victims, McKay and co-writer Charles Randolph turn Michael Lewis’s 2010 book, subtitled Inside The Doomsday Machine, into a fanged all-star comedy with genuine outrage driving most of the laughs.

Christian Bale, Ryan Gosling, Steve Carell and Brad Pitt play a coterie of hedge fund managers and financial analysts who saw the crisis coming – and bet on disaster, figuring that if they couldn’t warn the world of the impending collapse, they could at least guarantee their clients wouldn’t be part of it.

It’s an expertly calibrated entertainment, giving the actors room to play and reframing industry jargon as simple, elegant metaphors delivered by the likes of Margot Robbie, Selena Gomez and Anthony Bourdain. And McKay orchestrates it all so deftly that you might not even notice how angry he is – or at least not right away.