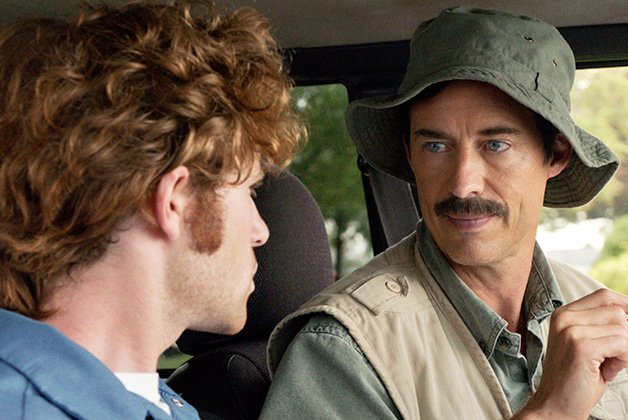 The Birder starts off with a burst of absurdity and exaggerated emotion that makes me think of Wes Anderson’s Rushmore – if that movie had centred on one of Max Fischer’s teachers. But as it keeps going, that comparison seems wildly off the mark.

The Birder is no Rushmore. It’s a pleasant but insubstantial comedy starring Ed’s Tom Cavanagh as an awkward high school biology teacher and birding enthusiast who embarks on a half-assed campaign to win back his wife (Allana Harkin) with the help of an equally hapless former student (Algonquin’s Mark Rendall).

Ultimately, though, The Birder falls victim to its inconsistent tone: both Cavanagh and Rendall are playing cartoonish characters, but no one else is. You also get the sense that there just wasn’t enough material here for a feature film, but someone insisted on making one anyway.