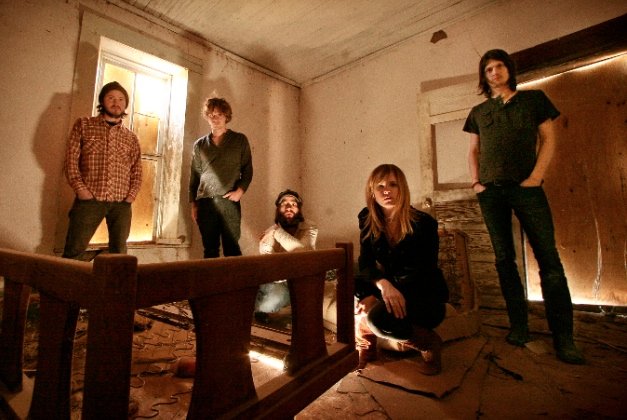 When it comes to psychedelic and garage rock, there are two approaches a modern band can take. They can either use the fuzzy, hazy attitudes of their 60s forebears to make contemporary music in the spirit of the first psychedelic era, or they can approach the genre more as a collector, recording with vintage, analogue equipment and filling songs with references to the original summer of love. All the bands on the bill at Saturday night’s Danforth Music Hall show fit neatly into the latter category, striving for an ideal plainly rooted decades in the past.

That playacting method sometimes feels a bit empty on record, but the style and swagger of psychedelic music translates itself well to live performance. After all, how often do modern rock audiences get to experience live sitar? Montreal’s Elephant Stone came armed with that Indian instrument, lacing their Brit-influenced pop with lots of twang.

California’s Allah-Las were more on the garage rock side of the equation. Looking like they stepped straight off the set of American Bandstand and onto the stage of the Danforth Music Hall, the group played a set of languid Kinks and Yardbirds-influenced tunes that shuffled along on four-piece harmonies, maraca-laced rhythms and easy-going hooks. Their aesthetic is undeniably influenced by the original Nuggets compilation and its slate of one-off young bands crowding around a microphone to extol the virtues of surfing, girls and surfing girls, but they also fit in with other new beach-pop bands like Real Estate.

The Black Angels have been keeping the psychedelic revival movement going for most of the last decade (they curate the annual Psych Fest in Austin), so it’s natural they would take the headlining slot. The band’s penchant for heavy, reverb-filled drone can tire over the course of an album, but it reached a point of trance-inducing transcendence when played against neon projections and swaths of effects pedals.

With a sound that echoes bands like the Doors, the Velvet Underground and Jefferson Airplane, and lyrics that reference long-ago events like the Vietnam War, a Black Angels concert can feel a bit like a séance. The constant stream of smoke rising through the coloured lights certainly helped build the haze. As fans raised their lighters (not cell phones) for the final sitar solo by Elephant Stone’s Rishi Dhir (invited back to play Black Angels into their encore), it was easy to forget just what decade we were in.