They may be headlining arenas, but the Black Keys still feel like underdogs 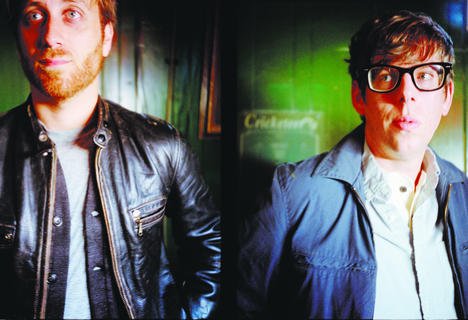 When a band bases its image on its underdog status, what does it do when it finally breaks big? The Black Keys find themselves at that perilous juncture, at odds with their own success.

After more than a decade of recording no-frills blues-rock and touring constantly, singer/guitarist Dan Auerbach and drummer Patrick Carney have become bona fide rock stars in a musical landscape where few still exist. Not that you’d know they were from looking at them.

In Toronto doing press for their seventh full-length album, El Camino (Nonesuch), Carney and Auerbach hardly look like diamond-encrusted media deities. They’re surrounded by media wranglers and label reps, but they look like a couple of average bros. And though we discuss SNL visits and sold-out arena shows, their Akron, Ohio, accents betray their working-class origins.

“I’ve peeled onions for a living, so I can’t really complain about doing a day of press,” says a leather-clad Auerbach, who wears his exhaustion on his face.

“We’ve always had a schedule,” says Carney. “It just used to be more like ‘Show up to Dallas and maybe this show will still be happening. The next day drive to Houston.’ We’ve put out records and had no one want to talk to us, so we can’t really bitch about it when people do.”

Those humble roots are hard to shake, especially considering the band’s slow rise to stardom. Their audience grew incrementally with every album until 2010’s Brothers shot them to the top of the charts. El Camino, in addition to selling well, has given them their biggest opportunities to date: arena shows and headlining spots at the upcoming American mega-festival Coachella.

In their minds, however, they’re still hard-working Akron boys toughing it out in their 92 Plymouth Grand Voyager (which, not coincidentally, appears on the cover of El Camino).

“We’re not new to playing big venues and festivals for huge crowds, but usually we open for other bands,” says Carney. “I remember watching the [headlining] bands and thinking how cool it was that all the people in the crowd knew their songs, because no one knew ours. Now they do.”

When acts graduate to Air Canada Centre level, they usually have to bring in extra bells and whistles to fit the arena scale. But aside from a couple of modest stage embellishments, the Black Keys haven’t altered their stage show. Their biggest indulgence is the seemingly least publicized one: two new touring members, bassist Gus Seyffert and keyboardist John Wood.

The extra players help recreate the smoother, funkier sound of El Camino, written and recorded with producer Danger Mouse (for the first time, the songwriting was split three ways), and their addition alters the band’s iconography. Whether they’ll admit it or not, the Black Keys’ duo makeup signified their hardscrabble roots – a “jamming econo” model that fit their early rough, minimalist home recordings.

“We’re just able to afford [expanding] now,” Auerbach says. “It was never supposed to be a gimmick. We never really thought of ourselves as a two-piece band. Even back when we started, we auditioned, like, four or five different guys. None of them fit, so we just kept it to the two of us. But even our first record had synth and bass overdubs. They just weren’t recorded as professionally as they are now.”

In January, the band caught some flak for taking a well-publicized shot at Canadian corporate rockers Nickelback. It was the kind of swipe most young bands wouldn’t think twice about delivering, but coming from the cover of Rolling Stone it read like the pot calling the kettle black. The Black Keys don’t seem to realize that their own meteoric rise means that to many people they’re no longer worlds apart from the band they dissed.

So, after all the success, can they still claim to be underdogs?

“We can always make that claim,” says Auerbach. “The road we travelled to get here was long.”

Patrick Carney describes how and when it hit him that Brothers was really taking off.

We ask Dan Auerbach: did the popularity of Brothers put pressure on the band when they were recording El Camino?

The Black Keys started working with acclaimed producer Danger Mouse (Brian Burton) on 2008’s Attack & Release. On El Camino they hit upon a much more collaborative method. Carney explains how their relationship with the producer has changed over the years.

Auerbach argues, in a not-so-PC way, that it’s natural for the band to sound slicker and more professional than when they started.