The Blind Boys of Alabama at Roy Thomson Hall 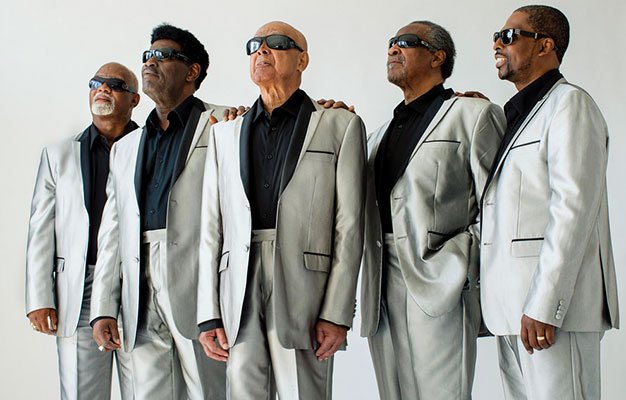 It doesn’t matter if you’re not Christian, don’t care for the holidays or a plain old Grinch: you’d have to be a robot not to be moved by the Blind Boys of Alabama – four blind octogenarians (ish) who’ve made a career since the 1940s with their spirited and soulful gospel blues songs.

On the Roy Thomson Hall stop of their annual Christmas tour, Jimmy Carter, Ricky McKinnie, Paul Beasley and Ben Moore took the stage in festive red and green for an hour-and-twenty-minute set of blissful multi-part harmonies. Led by charming ringleader Carter – the group’s only touring original member – and backed by a four-piece band, they performed familiar classics like People Get Ready, southern Christian tunes like the countrified God Put A Rainbow In The Clouds, and holiday tunes from both their new album Talkin’ Christmas and their festive 2003 offering, Go Tell It On The Moutain. Beasley’s magnificent falsetto had the crowd in rapture each time it took the spotlight and Carter’s long-sustained note (it went on for bars and bars) on Amazing Grace brought chills. The boys showcased mean moves during an extended finale, and Carter did a tear-jerking walk-through of the audience, shaking hands and doling out hugs.