The book on crazy town

Dupes, assorted enablers and one lesser-known hero who turn up in Toronto Star reporter Robyn Doolittle's exposé on the Ford clan 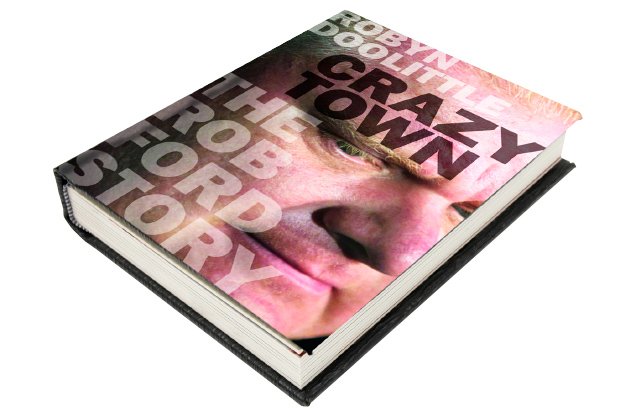 Robyn Doolittle’s Crazy Town: The Rob Ford Story is a tome whose heft makes newspapers feel ephemeral by comparison. Articles may linger online indefinitely, but books physically situate their contents as part of the historical record.

If Crazy Town remains the definitive account of this singular period in Toronto, here are the people on whom history will look fondly and not so fondly.

(Because I’m a friend and colleague of Doolittle’s, this isn’t an evaluative review of the book itself.)

The first-term councillor and former member of Ford’s Executive Committee concedes that the crack video reports were eye-opening for her. Up until then, she actually believed the Star had made up all the stuff about Ford’s being an alcoholic.

“I kinda was buying the story that you were after him and he really wasn’t doing these things,” she told Doolittle in an interview for the book. “I thought the Star was picking on the mayor, and the mayor’s office perpetuated that idea.”

Before she joined council in 2010, Robinson spent more than a decade as a senior manager in the city’s Economic Development and Culture Division. Rob Ford was a councillor for 10 of those years. That as late as winter 2013 she’d give him so much credence – or allow herself to be brainwashed or otherwise fundamentally misunderstand the practice of journalism – is truly alarming.

She eventually came around, and fiercely, but so did almost everyone.

CNN’s Canada correspondent (unnamed in the book) comes off as not the most careful of reporters. After Gawker editor John Cook approached the network about collaborating on a purchase of the crack video, CNN put Ottawa-based Newton on the story.

She proceeded to phone the mayor’s office to ask them about it. Word got back to Doolittle, who contacted Mohamed Farah (the broker facilitating the sale), who in turn notified Cook. Cook then raced his story online.

While seeking comments from the subject of an allegation is a key part of reporting, to do so as a first step in an investigation – when there’s still an opportunity for crucial evidence to be destroyed – is, as Gawker put it, “a pretty fucking big mistake.”

The chair of the Toronto Port Authority was also the co-chair of the organizing committee for the 2013 Garrison Ball, at which the mayor arrived impaired and from which he was subsequently asked (albeit indirectly) to leave.

Citing Councillor Paul Ainslie and other, unnamed members of the 13-person organizing committee, the Star reported on the incident one month later. (It was the first time the mayor’s substance issues were discussed explicitly.) Later that day, McQueen got five of the other organizers to sign on to a public statement that gave the appearance of refuting the story.

But the requests to remove Ford were actually put to his entourage. Ainslie says he spoke only to Mark Towhey. (Towhey, Ford’s chief of staff at the time, maintains that this never happened.) Doolittle suggests the statement’s misdirection may have been deliberate. “The wording of the letter seemed duplicitous,” she writes. And one of those who signed it told her he suspected it was an exercise in deducing which of the committee members had served as the Star’s anonymous sources.

Last week, the ex-spouse of Ford’s sister Kathy filed suit against the mayor, accusing him of having arranged his March 2012 prison beating. But MacIntyre had nothing but kind words for Mayor Ford when Doolittle got in touch with him this past July.

She wanted to know about the January 2012 incident that got him sent to jail in the first place, when he barged into Ford’s house, threatened him and demanded money he said the mayor owed him. (When police later tracked him down, MacIntyre was in possession of cocaine and heroin.) In response to Doolittle’s Facebook inquiries, he messaged her: “The Fords as a whole family treated me like one of their own and for the things that I did to them they were more than fair and it would be remiss for me to say any different… Rob did not deserve the disrespect I caused and I paid my debt to society and have put this all behind me and wish you and all other media would do the same. Why don’t you do a story on what a great job Rob has done as Mayor of this City.”

There’s a decent chance these comments will be used against MacIntyre in court.

Doolittle paints the late Ford patriarch as the kind of self-made, by-his-own-bootstraps entrepreneur that his children claim to be. He grew up poor during the Depression and gradually built a multimillion-dollar business through talent and hard work. In other words, the book argues, he came by his every-man-for-himself faith in the free market honestly (though he later invented a creation myth for his business that quietly omitted its co-founder).

As an MPP in the 1990s, he was as boorish as his kids would be on Toronto city council – but because, unlike them, he wasn’t born into privilege, he was somewhat more able to get away with it..

While there’s no hint that he mistreated his offspring, they did have a fairly complicated relationship. When tens of thousands of dollars were stolen from him in 1998, he subjected his children – then ranging in age from 28 to 37 – to lie-detector tests. (Kathy and then-husband Ennio Stirpe were the culprits.)

Remember how mad the mayor got when he found the Star reporter in the public park adjacent to his backyard? Imagine his reaction when he learns that Robyn Doolittle has been inside his house.

Early in the book, Doolittle casually mentions that in the course of reporting on Ford’s domestic assault charges in 2008, she visited the house to speak with his wife, Renata. She wasn’t home, but Doolittle did meet her mother, Henryka Brejniak, who plays a significant role in the care of Rob and Renata’s children. Brejniak invited her inside. “It didn’t look like the home of a wealthy man,” Doolittle writes. “There were toys and clutter everywhere.”

Through her police sources, Star reporter Poisson learned about Project Traveller (the year-long probe into a gang of alleged gun- and drug-runners) well in advance of the raids in which it culminated. Poisson drew the connection between that operation, the men in the infamous photo with Ford and those trying to sell the crack video.

Even bigger: she found out that police first heard about the video via the wiretaps through which they’d been eavesdropping on suspected members of the Dixon City Bloods. Poisson also nailed down the precise date and time the police raids would occur, allowing the Star to put a dozen reporters and photographers in place to capture it.

The paper even put a team outside the mayor’s house in case police executed a warrant there, too.

One of the best lines in the book (I’m not going to spoil it) concerns a very brief phone call the mayor made to his then chief of staff from the City Hall parking garage minutes before his crack admission. If Provost wasn’t Doolittle’s source for this, he would at least have had to confirm it for her. Either way, we are grateful.

And then there’s Rob Ford

Though the revelation that he began using hard drugs after his father’s death in 2006 could make him a sympathetic figure, that feeling wears very thin by the end of the book. When Ford’s life is laid out in its entirety, it’s actually pretty hard to feel anything but contempt for him.