NOW MagazineMovies & TVReviewsTV review: The Boys season 2 doubles down on the superhero carnage

TV review: The Boys season 2 doubles down on the superhero carnage 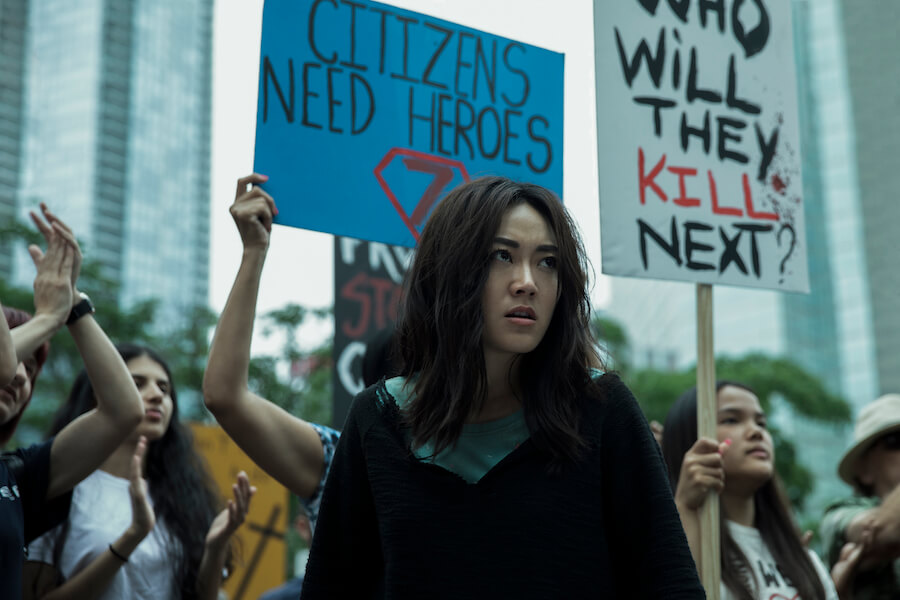 Karen Fukuhara feels cornered in the new season of The Boys.

There was a lot to like in the first season of The Boys, Amazon Prime Video’s adaptation of Garth Ennis’s cult comic about a black-ops squad that takes down superheroes who’ve been corrupted by their own power, although the execution was a little messy.

Season 2 doubles down on carnage and sadism, regularly covering its protagonists in gore when it isn’t torturing them emotionally.

Whether that’s a bug or a feature is up to the individual viewer, I suppose.

So, to recap: after the events of season 1, the global megacorporation Vought has pretty much come out on top, having integrated its loyal, easily controlled “supes” into the U.S. military and stoking the flames of public opinion against super-terrorists from other nations.

Could it be worse? It absolutely could: Hughie’s also dealing with the heartbreak of losing his true love (Erin Moriarty), Annie January aka Starlight, who betrayed her super-friends on The Seven to help Hughie’s crew last season only to realize she couldn’t trust Hughie to protect her. It’s looking pretty grim out there, but then this is a pretty grim show.

Season 2 picks up with The Boys in hiding, Butcher missing and Vought – under the guidance of Giancarlo Esposito’s calculating executive Stan Edgar – doing a little damage control by shuffling the deck on The Seven, dropping unstable speedster A-Train (Jesse T. Usher) and bringing in a new hero, the social-media savvy Stormfront, played with snappy malevolence by You’re The Worst’s Aya Cash.

There’s a lot to juggle, and that’s before the show introduces this year’s other key players: Victoria Neuman (Claudia Doumit), an AOC-like congresswoman seeking to regulate Vought by legislative means; Alistair Adana (Goran Višnjić), head of a Scientology-like organization that seeks out vulnerable supes and recruits them for the church, and Becca Butcher (Shantel VanSaten), Billy’s wife, who was revealed to be alive and well – and raising Homelander’s son – at the end of last season.

Packing all of that (and more) into eight episodes, this season of The Boys feels both overstuffed and strangely languid. If season 1 had a clear narrative goal for its leads – kill supes, stop Vought – this year, they’re in a more reactive mode. And showrunner Eric Kripke seems content to explore the world he’s built, and offer Urban the chance to hit more than one note as the furious Billy with a season-long arc revolving around Becca’s return.

But Kripke also knows that the core of the series is still the sweet romance between neurotic Hughie and self-doubting Annie; for all the debauchery happening around them, their love story warms the show and helps balance out the sadism. Quaid and Moriarty are very well-matched, and the actors do a lot to make the characters’ Romeo/Juliet pairing seem more than just a contrivance. Annie’s grown a lot since last season, but Hughie hasn’t, and when events bring them back into one another’s lives there’s some interesting renegotiating of their relationship.

I found those scenes far more engaging than the CG carnage surrounding them, but I also know the carnage is the reason people watch The Boys. So, go ahead and watch it. I’ll be over here, rooting for those nice kids to figure out their deal. 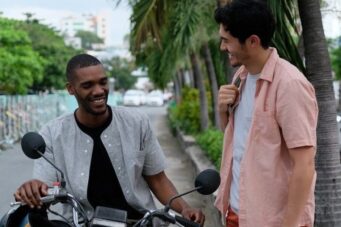 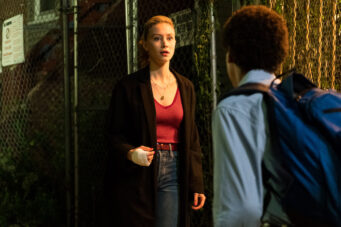