The brand of terror Canada exports

"If we're concerned about the dangers posed by terrorism, then we should be protecting the world from the terror of nuclear weapons" 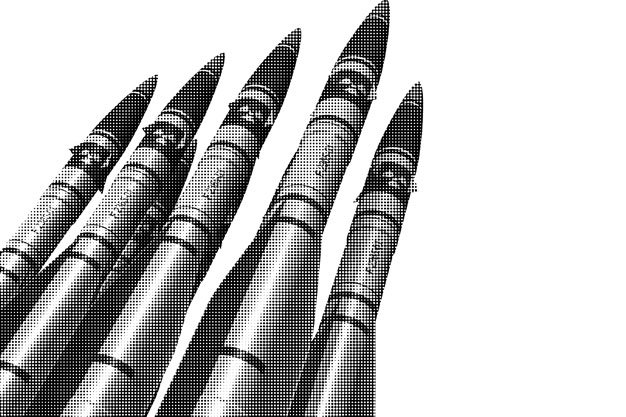 When he protested plans to bring 25,000 Syrian refugees to Canada two weeks ago, Saskatchewan Premier Brad Wall fretted about “the death and destruction even a small number of malevolent individuals can inflict upon a peaceful country and its citizens.”

As those comments drew fire, little attention was paid to an export mined in Saskatchewan that continues to destabilize and threaten planetary survival – not to mention plant the seeds of terrorism: uranium bound for nuclear weapons.

Says Gordon Edwards of the Canadian Coalition for Nuclear Responsibility: “If [Wall] is really concerned about the dangers posed by terrorism, then he should be concerned about protecting the world from the terror of nuclear weapons,” many of which exist thanks to uranium operations in Saskatchewan. In 2013, Canada produced 9,331.5 tonnes of uranium, all from the McArthur River, Cigar Lake and Rabbit Lake (Eagle Point) mines in northern Saskatchewan. Nearly 85 per cent of Canada’s uranium production is exported.

“Right now is a crucial time to speak up about our negligent, devil-may-care ways in spreading uranium around the world, recognizing that a significant amount of that will turn into plutonium,” Edwards says, noting that most nuclear powers are undertaking modernization programs.

The Obama administration, for one, is pledging a $1 trillion upgrade to its nuclear weapons stockpiles. Last month, the Nevada Tonopah Range hosted one of a series of tests of updated versions of the B61-12 nuclear gravity bomb, the most dangerous in the U.S. arsenal.

Last April, the world’s largest uranium supplier, Saskatoon-based Cameco, inked a deal to provide India with 7.1 million pounds of uranium concentrate, which after fissioning in a nuclear reactor will have produced enough plutonium for some 1,000 nuclear weapons.

At the time, CEO Tim Gitzel thanked prime minister Stephen Harper and Premier Wall, “whose strong support laid the groundwork for this agreement.”

While India provided assurances that Saskatchewan’s uranium will only be used for civilian purposes, within hours of the April 15 signing the country’s military test-fired a nuclear-capable Agni-III missile. It was not the first time a Canada-India nuclear deal raised eyebrows.

Indeed, it was Canadian technology supplied to India on the promise of civilian use only that led to that country’s 1974 detonation of the Smiling Buddha atomic weapon – what the government of Indira Gandhi at the time labelled a “peaceful nuclear explosion.”

Neighbouring Pakistan responded by using CANDU reactor technology to produce materials for its own nuclear arsenal, leading to the nuclear tinderbox that underlies the frosty relations between the two nations.

While Canadian officials plead that they are in compliance with the Nuclear Non-Proliferation Treaty (NPT) because our exports are only intended for peaceful purposes, India and Pakistan (as well as Israel and North Korea) are not signatories to the treaty.

But the Joint Federal-Provincial Panel on Uranium Mining Developments in Northern Saskatchewan concluded as far back as 1993 that “no proven method exists for preventing incorporation of Canadian uranium into military applications.”

In fact, Canada’s long history of uranium mining and exports goes back to the World War II Manhattan Project. Canadian uranium and plutonium were used to incinerate Hiroshima and Nagasaki.

As Edwards wryly asks, “Every country in the world that mines uranium says it’s for peaceful purposes, so where the heck did all the bombs come from?”

While the world’s leading nuclear weapons nations ironically decry proliferation and agonize over Iran’s nuclear program, the malevolent legacies of the nuclear weapons fuel cycle are felt closer to home in the indigenous territories under which most of the uranium is found.

Candyce Paul of the Saskatchewan English River First Nation says one in seven people in her community suffer from cancer, the radioactive legacy of decades of uranium mining and waste that has contaminated food, air and water over a large section of Dene territory.

Paul and groups like the Committee for Future Generations spend countless hours testifying before the Canadian Nuclear Safety Commission, protesting at Cameco offices and lobbying federal and provincial governments that have failed to begin the cleanup of some of the province’s very first uranium mines.

As Saskatchewan continues to expand uranium mining – Paul says some 2,600 new mining permits have been issued – the impact on indigenous communities is divisive and stressful.

“We’re challenged on a daily basis here,” Paul says. “If you look at the maps of northern Saskatchewan, our entire territory is inundated. As usual, we are not being consulted properly. A lot of people are being taken advantage of.”

Paul says mining companies ingratiate themselves with communities by promising jobs and investment, signing confidentiality agreements with a minority of local leaders without fully explaining the negative impacts.

She scoffs at a nuke sector that’s arrived at the Paris climate talks to promote itself as a green alternative, part of a major PR campaign for an industry in a tailspin since the 2011 Fukushima meltdown in Japan (where plant owner TEPCO also receives Canadian uranium). Meanwhile, Wall, who’s part of the Canadian delegation at COP21 in Paris, is emerging as a lone dissenting voice on the need for a climate treaty, arguing that western Canada’s economy should remain the primary concern.

The new federal government has yet to make any definitive statement with respect to nuclear non-proliferation. However, on November 2, a United Nations General Assembly resolution, The Humanitarian Pledge For The Prohibition And Elimination Of Nuclear Weapons, received the support of 128 nations. Canada was one of 28 nations to vote no.