The Cabin In The Woods

THE CABIN IN THE WOODS directed by Drew. 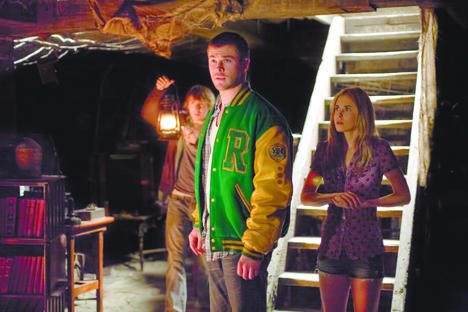 The Cabin In The Woods should be viewed with as little advance knowledge as possible. Frankly, you shouldn’t even be reading this review.

But since you are, let’s just say that director Drew Goddard and producer/co-writer/nerd godhead Joss Whedon have constructed a delightful puzzle box of a picture rooted in the cheesy horror movies they watched back in the 1980s. It’s gamely played out by attractive youngsters Kristen Connolly, Chris Hemsworth, Anna Hutchison, Jesse Williams and Dollhouse’s Fran Kranz. (It’s also one of the driest workplace comedies ever made, thanks to the performances of Bradley Whitford and Richard Jenkins.)

The script is inspired, the direction is sprightly, and the third act does not falter. And everything you need to know is in the title. Well, almost everything.