The CNE Cronut Burger is making everyone puke

Who would have ever imagined? 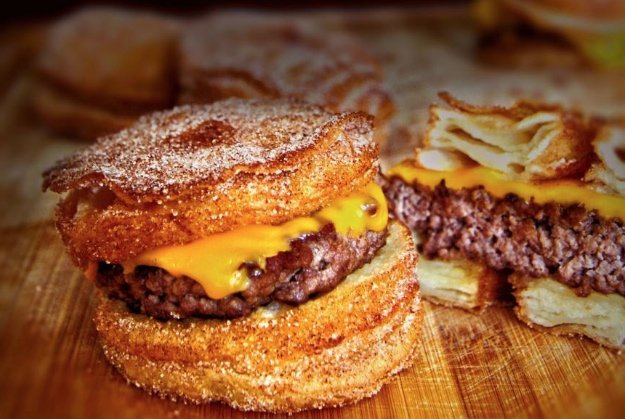 Look: if you put something as grossly crapulent as a cronut burger – a hamburger jammed between donut-croissant hybrid buns offered by Epic Burgers and Waffles at the CNE – in your mouth, you’re asking for it.

Eating a cronut burger is like being Gary Sinese in Forrest Gump cursing the storm: “Where’s this ‘God’ of yours? You call this a storm, you sunvabitch?! It’s time for a showdown!” You’re practically begging to be struck down.

So it’s little surprise that, according to the National Post, Epic Burgers and Waffles has been shut down after a dozen people fell ill, with five heading to hospital. The culprit? The cronut burger. Here’s the reaction on Twitter.

Haha, people at CNE getting sick from eating a Cronut Burger *shoves maple bacon donut into face while chugging a can of Four Loko*

I need to lose 5lbs. Someone get me a cronut burger, stat.

Just say “no” to the cronut burger #CNE #TheEx

Given the original cronut creator trademarked the name, & food poisoning prob came fr the meat, media should be clear about “cronut BURGER”.

@CP24 Add me to the list of people who fell ill at the CNE yesterday. Yes I had the Cronut burger.

That Cronut burger is prrrrrrrropppper guy

Take back what I said about the cronut burger. Don’t do it. I puked 7 times last night.