The Conjuring 2 conjures up yawns, not scares 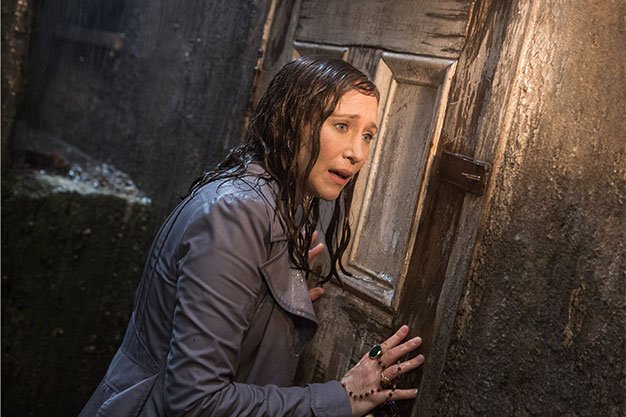 Bare minimum, a horror film should provide scares. But unless the sight of a bad Marilyn Manson impersonator, toys that suddenly move or – ooo! – TVs that magically change the channel give you the willies, it’s best to avoid The Conjuring 2.

The most frightening thing about this sequel is that its tepidness won’t stop it from scaring up hundreds of millions at the box office.

That’s too bad, because the 2014 original was a decent picture. It followed real-life ghost hunters Lorraine (Vera Farmiga) and Ed Warren (Patrick Wilson) as they investigated a 1971 case of demonic possession in a family. That family was so well drawn, you genuinely felt something when things started going bump in the dark, and Farmiga, Wilson and their bickering, lively team of paranormal investigators (believers and skeptics) made the journey truly hair-raising.

This time it’s business as usual as Ed and Lorraine pack up and head to a modest council flat in Enfield, England, where a single mother’s (Frances O’Connor) children are witnessing more moving furniture than an Ikea warehouse.

The problem is, the pacing is so plodding and the scares so few that you start rooting for the demon, if it exists. There’s the suggestion, just as there was in the real-life case, that the seemingly possessed daughter (Madison Wolfe) could be making things up, but director James Wan, who helmed the original, doesn’t do much with this idea. The team of investigators/experts, who include such fine actors as Simon McBurney and Franka Potente, have next to nothing to do except say “She’s right” or “She’s lying.”

Even Farmiga and Wilson are left stranded, the former relying on her expressive baby blues to convey concern, and the latter… well, at least the two-time Tony Award nominee gets to deliver an Elvis impersonation.

Also, what happens to Ed and Lorraine’s young daughter, whom they seem to abandon in the States to travel to the UK?