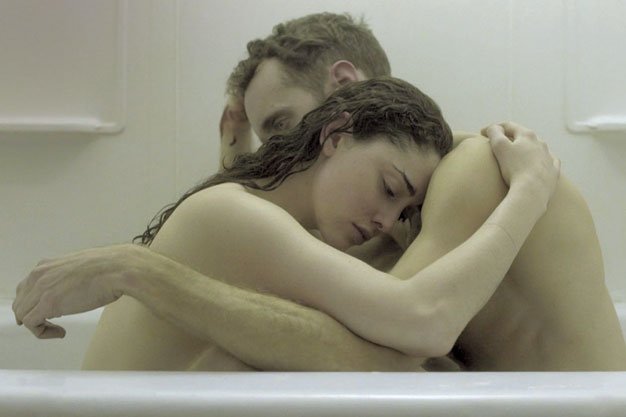 Canadian cinema is defined – at least in English Canada – by its lack of a star system. Sure, we have favourite actors and artists, but they don’t set our box office on fire we just aren’t the type of people who rush out to see the new Christopher Plummer picture.

So it’s been kind of queasy-making to notice how nakedly TIFF chases our most famous talent for its Canada’s Top Ten Film Festival every January, this year bringing Kiefer Sutherland and Tatiana Maslany down to the Lightbox for spotlight In Conversation With… sessions. Yes, they are legitimate stars. But neither of them has a movie in the festival.

On the other hand, anything that gets people talking about our national cinema – and in January, no less – is a net positive.

And in an age of increasingly limited theatrical exposure, the Lightbox screenings put movies that might not get any big-screen play at all back in front of an audience. I’m thinking specifically of Philippe Lesage‘s Les Démons (The Demons), the sole Top Ten feature that didn’t play TIFF and at the time of this writing doesn’t appear to have theatrical distribution in English Canada. It screens at 8:45 pm January 12 and at 2:15 pm January 13. Catch it while you can.

Hell, even my standard caveat about the Top Ten inevitably catering to the usual suspects is deflated by this year’s exclusion of Deepa Mehta’s just-okay Beeba Boys and Atom Egoyan’s feeble Remember. And while I could complain about personal favourites like Porch Stories, Diamond Tongues or How Heavy This Hammer being left out, it’s hard to argue against the features that did make the cut.

I’m especially happy to see Mina Shum‘s powerful historical documentary Ninth Floor (January 12 and 13, 6 pm) and Anne Émond‘s gentle generational drama Les Êtres Chers (Our Loved Ones January 11, 6 pm January 12, 2:45 pm) in there. Both are smaller, less showy works that might have gotten lost in the balloting. Their inclusion here will hopefully nudge their respective distributors closer to a Toronto run.

The shorts programs are similarly interesting, offering a range of textures, tones and topics. Where else will we find Bring Me The Head Of Tim Horton – an almost suicidally weird look at the making of Paul Gross’s Hyena Road from Forbidden Room collaborators Guy Maddin, Evan Johnson and Galen Johnson – sharing a screen with actor/filmmaker Steven McCarthy‘s creepy codependency study O Negative or Vancouver director Wayne Wapeemukwa‘s skid-row dance piece Balmoral Hotel? Well, all three are in the second shorts program, screening January 15 at 9 pm.

The student shorts (screening January 15, 6 pm) are a little more problematic. As is often the case with filmmakers who are still learning their craft, technical facility and storytelling ability aren’t always operating in perfect harmony. A good story can be undermined by poor execution a weak story can rarely be saved by gorgeous production values.

This year’s student winners are often seen to struggle with that balance, with a couple of notable exceptions: Junna Chif‘s Ms. Liliane plays its drama simply and directly, with terrific restraint and a great central performance by Catherine Bérubé. And two animated entries, Melody Wang‘s The Casebook Of Nips & Porkington and Taha Neyestani‘s Ed, pack a great deal of talent into their brief running times, playing with the possibilities of their chosen styles and drawing us into a sense of giddy play.

So, yeah. Canadian cinema is doing pretty well, even without movie stars.