NOW MagazineLifeThe dark side of fitspo

The dark side of fitspo 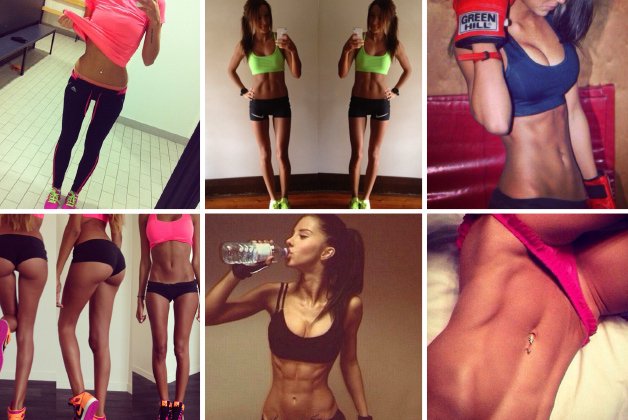 Fit is the new skinny. At least that’s what hordes of trendy fitspiration posts on Pinterest, Tumblr and Instagram would have you believe.

Fitspiration (fitspo) bills itself as a support movement focused on health and, as the name would suggest, fitness. Typical fitspo content consists of images and slogans supposedly meant to inspire women to live more active, stronger lives. A noble idea, to be sure, but most fitspo is just old-school thinspo disguised with little more than a neon sports bra and a perky can-do attitude.

Thinspo – photos and other materials intended to provide inspiration for thinness and/or anorexia nervosa as a lifestyle choice – has been forced into the dark corners of the internet. Instagram made headlines last year when it followed the lead of Pinterest and Tumblr in banning images that, according to their guidelines, “promote or glorify self-harm,” and encourage “anorexia, bulimia or other eating disorders.”

Instagram enforces this ban by making hashtags like #thinspiration, #thinspo and #proanorexica unsearchable. Other hashtags that promote “skinniness” may not be banned but come with a warning that refers users to nationaleatingdisorders.org.

#Ana is one of the few “pro-skinny” hashtags still searchable on Instagram (though it comes with the standard warning and mental health redirect). A comparison of the #ana feed to the #fitspo feed turns up some uncanny, disturbing similarities.

Whereas a search for #ana turns up a motivational poster that reads, “I want to be so thin that people whisper how skinny I’ve gotten behind my back,” the friendlier #fitspo produces one that proclaims, “Do it for the ‘Holy shit, you got hot.'”

Beyond the slogans, most fitspo includes photos of impossibly thin bodies. These images, masquerading as healthy motivation, praise the now trending “thigh gap” as proof of hard work and dedication. Pretty young white girls reign supreme, and some have become bona fide lifestyle icons with lucrative brand partnerships, interviews in major fashion magazines and, thanks to this season’s sportswear trend, contracts to design their own lines of workout clothes.

While ana posts have undeniably dark undertones – images of flat stomachs (even the filters applied to these are darker and grainier) mixed with ones that depict self-harm – the fitspo thread is bright and bubbly. It’s also consistently more highly sexualized and male-gazey (perhaps why social media’s mostly male execs are more comfortable with these images).

Twisted but upbeat, fitspo has become even more delusional than its predecessor that shall not be searched.

There’s a terrible irony in prettifying disordered thinking caused by an insatiable need to look perfect. Unfortunately, the fashion industry is all too eager to jump on this bandwagon, casting pin-thin models to walk runways and star in editorials that are “sportswear-inspired.” Too often, the women we see staring back at us from magazines and ads don’t look fit in these clothes they look sick, too weak to compete in the very sports that supposedly inspired their outfits.

It was with this in mind that we decided to cast Helen for our very own sportswear-inspired spread. In her 60s, she is a strong, fit, naturally beautiful woman. I think the images we captured are far more inspiring to women of all ages than those of yet another underage-looking, size-zero model.