Review: The Decent One 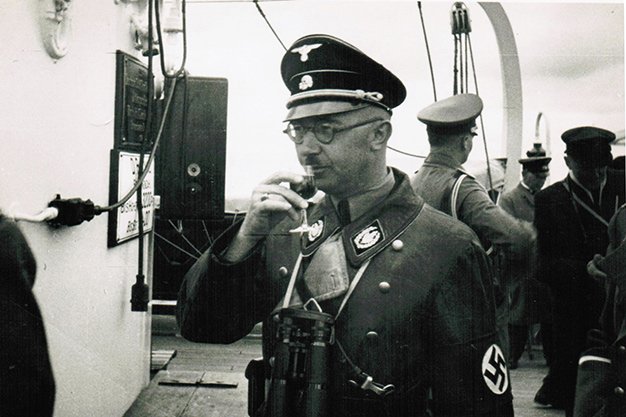 Vanessa Lapa‘s The Decent One is a suitably nauseating documentary portrait of Nazi Reichsführer Heinrich Himmler.

Its visuals are exclusively of impressive archival footage, stills and documents, while its soundtrack weaves together correspondence and diary entries read in voice-over, corny sound effects and a sombre chamber music score. This relentless formal austerity nonetheless succeeds in drawing us into the private musings of Himmler and his loved ones for The Decent One’s duration. Caveat emptor.

Himmler famously said, “Despite all the work, I’m doing fine and sleep well.” That work included organizing death squads and helping engineer the concentration camps. As for how he could perform such tasks and rest easy, I’m not sure anything in this doc will enlighten you. Himmler was clearly a devout patriot and ideologue from early childhood. He grew into a true believer in National Socialism and lebensraum, with all the rabid anti-Semitism, homophobia and genocidal tendencies that involved.

The Decent One has considerable historical value, but its cinematic power is limited and its moral or psychological insights few. Perhaps such depths of ruthlessness, objectification and sociopathic brutality really are unfathomable.