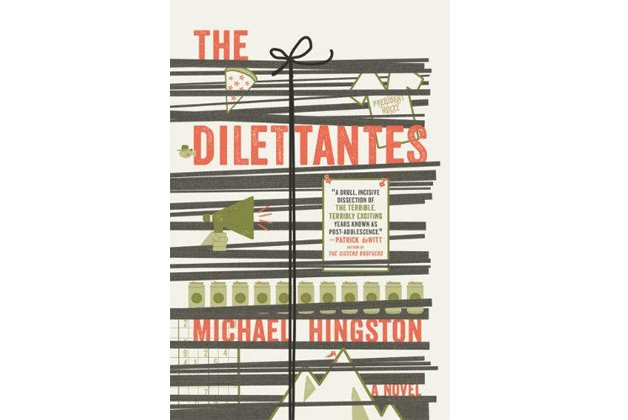 You can tell that Michael Hingston started writing this book more than five years ago. Elements of it are sorely dated.

But he definitely has a passion for his subject and shows great potential for character development.

Alex, editor of Simon Fraser University’s student newspaper, The Peak, is in a panic now that big, bad daily paper Metro has moved in on the student rag’s turf. Soon few are reading the venerable Peak, and Metro’s boxes are proliferating.

In the meantime, homegrown movie star Duncan Holtz has enrolled at the university – often a location for feature films – and causes a stir wherever he goes.

Simon Fraser students and alumni will love this. Actually, any recent college graduate will appreciate Hingston’s portrait of campus life: the short-lived hookups, the short-staffed pubs, the short cuts so many students take to gain their diplomas.

Newspaper hounds will find the sequences inside The Peak’s offices (do the editors despise their readers or what?) irresistible.

And Hingston has drawn a very strong character in Alex, the guy who over-thinks everything but never gets around to doing much.

He’s so busy fantasizing what he’s going to say to a journalist about his debut novel that he forgets he still has to sit in front of the computer to write the damn thing.

And he’s already rehearsed his post-coital patter before he’s figured out how to manage the seduction.

Unfortunately, except for his obnoxiously sex-obsessed friend Tyson, the other characters are thin. Tracey, the copy editor, looks like she might shine but then disappears, and we don’t see enough of The Peak’s beleaguered ad rep. The actual story, too, could use some beefing up.

And a lot has changed since Hingston started writing The Dilettantes. When there’s a brawl at a talk given by superstar Holtz, there’s no way every student wouldn’t be snapping shots of the melee – and video, for that matter. And when The Peak has to make cutbacks, the last thing to go would be the online component, not the first.

But Hingston does have talent.